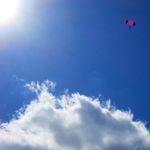 I am a student and looking to go on a backpacking youth style (I am 26) trip from London to Europe and it's my first time so feeling a bit overwhelmed and need help with how to plan this out.

1. Does anyone have any recommendations for any travel group companies?

2. I would like to fit Morocco in somehow and was wondering how that could be done in combination with Spain and Portugal (or any other nearby place).

You might like to investigate Busabout, which is aimed at younger travellers and runs several hop-on/hop-off routes through Europe. Pick-up and drop-offs are often at hostels:

Other travel companies focus on organised tours rather than getting you from place to place, so they are (obviously) more expensive. To get an idea of what's available I suggest you have a look at tours listed on STAtravel, a UK-based travel agency which is primarily aimed at the student market:

2.  There are budget airlines which fly from the European mainland to Morocco Use www.skyscanner.net  to find out who flies to where from where. Cheapest fares are booked well in advance.

There are also ferries from southern Spain to Morocco. http://www.directferries.co.uk/ferries_from_spain_to_morocco.htm will give you departure and arrival points.

An Interrail pass might be financially worthwhile but it's not automatically the best option. It really depends which countries you'll be visiting and what journeys you'll be making. Train fares are pretty cheap in e.g. Poland, the Czech Republic, Slovakia  and several other countries. Italy train fares are very reasonable indeed if you stick to the Regionale/ Regionale Veloce services...and there are excellent online advance discount fares for the high-speed trains. Some other countries, such as Germany and Austria also offer online advance discount fares.

All official European railway websites have English versions of their websites and the vast majority will give you fares as well as train times and details. If fares are not given you can be certain that they are very reasonable indeed.

The only way to decide whether an Interrail pass is financially worthwhile for you is to use the official railway websites to get an idea of the total point-to-point fares for your trip, and then set that total against the cost of an Interrail pass.

To find the official railway website for a country just google the country name + 'railway'. Please don't use Raileurope...it's just a ticketing agency, it doesn't list all departures and it charges admin fees.