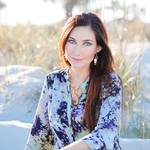 What's the craziest adventure you've said "yes" to when traveling?

answered by
Elizabeth from Boynton Beach

There are many. But one that sticks out is a day trip I took in 1976 to Iztapalapa, Mexico to photograph the annual Passion Play which is reenacted by thousands of people. I figured that the top of the hill close to the three crosses would be the best vantage point. Apparently all the other Gringo photographers were on the same page so we became a pack of a long-lensed, multi-camera-ed, photo-vest-wearing idiots who were not showing appropriate respect at such an event.

God was not amused.

At exactly 4:00 PM, the sky turned black, lightning flashed and it began to pour. Eerie! The procession began with two rows of small altar boys dressed in floor-length Roman-style cassocks with white surplices. Each shouldered an appropriately-sized cross. They gradually grew taller and taller and flanked the path for the major and minor players--the soldiers, the followers, the Marys, the thieves--until finally the Christ appeared bloodied and suffering.

Well, this is picture to have, right?

So I moved in as did the other photographers. But the audience was not pleased; they began to chant, "Saquen Los Gringos! Saquen Los Gringos!" (Get the Americans out of here!) So we moved back pretty quickly, but I managed to get this photo now discolored with age and out of focus, but it still gives you some idea of what it's like in the midst of a religious scrum. 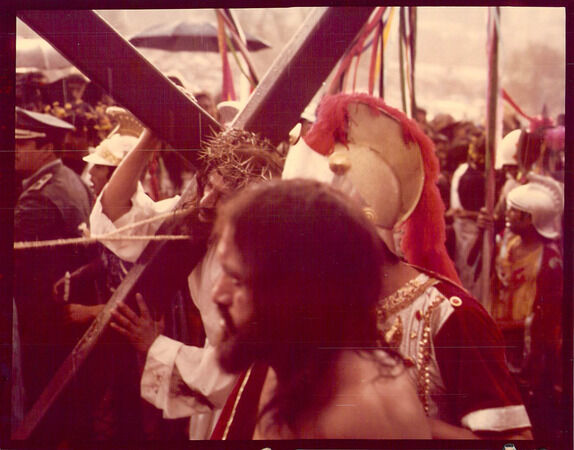 answered by
Sandrine from Auvergne

a drive in the desert, by myself... I was scared, (especially by snakes) but it was Worth it.

and... as for the scariest, it was definitely Ape's cave in Washington State, a walk underneath a volcano, made from a former old lava path... crazy dark, crazy humid, crazy slidy and scary... and crazy stupid and dangerous to walk for an hour at night, in the woods, to reach the parking lot at the entrance of the cave.

answered by
Kishor from Kathmandu

To travel from 750m (Pokhara) to 4300m (Annapurna Base Camp)in Nepal. Did the same on foot walking 19 hrs daily with-in 2 days. It was urgent and was with-out any preparation for rescue mission. Was fun at the same time difficult to cope altitude & climate.

answered by
Amanda from Canmore

Traveling through South Americaprovides for lost of opportunities to say 'yes' to crazy travel adventures. Biking the N Yungas Rd (Death Road) in Bolivia was easily one of the craziest and coolest things I have ever done. I also did a 3 day trip from San Pedro De Atacama to Uyuni via Salar de Uyuni, which challenged me physically, mentally and emotionally due to the altitude and the conditions. When I was in Southeast Asia, I went tubing in Vang Vieng, and this was a pretty wild experience, to say the least.... I'm not sure if I would say yes to doing that again! When traveling in places such as South America or Southeast Asia, I find that there are so many scary and exhilarating experiences just getting from location to location. In saying this, these experiences provide the best personal growth and are the places where I've had the most "small wins"!

Over the last year, my boyfriend and I have been blogging and podcasting about our travels. Check out our blog at www.theworldwanderers.com, or check out the following episodes to hear more about our crazy adventures!

answered by
Stuart from Amsterdam
When me and my then-girlfriend decided 6 weeks after meeting that we should move to New Zealand for a couple of years, I thought that would be the craziest travel adventure I'd ever say yes to, but it wasn't.
Soon after arriving in New Zealand we ran into some visa issues which meant the job I had secured there - and which was going to pay for our adventure - was no longer an option. With two year working holiday visas, no desire to return to England, and no way to fund the kinds of adventures we wanted, we did something else.
My girlfriend found this crazy little village on the west coast of the South Island of New Zealand where we could volunteer at a hippy backpackers in return for a place to stay. And we went there. 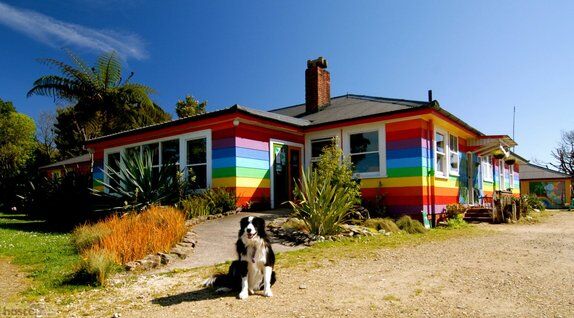 Rongo Backpackers & Gallery
Now, I am not the kind of person who relishes the kind of country-life that comes with even a comfortable place in the wilderness, I enjoy franchise coffee outlets, high-speed wifi, and the comfort of a reliable public transport infrastructure. So imagine my dismay when I found myself (at the end of a three day journey involving 6 busses, a boat, and 2 near-death experiences) in a rainbow painted house in a hamlet of just a couple of hundred people, where the guests were the kind of people who wore hemp-based clothing and smoked a lot of drugs and where the nearest hint of post 1920s civilisation was a soulless town an unreachable 90 kilometres away. 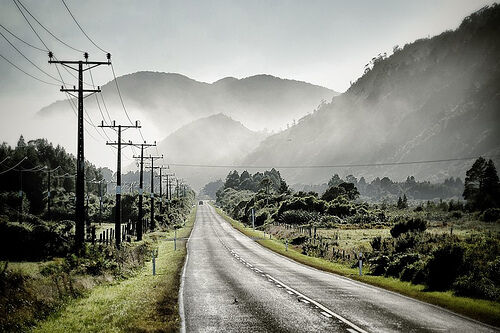 Karamea
My girlfriend was in her element, painting, exploring the landscape, and getting involved in all manner of artistic pursuits. I was Napoleon on Elba.
3 months passed, and I left there with a massive sense of relief, and some lessons in tolerance, patience, and small-scale sustenance farming.
My girlfriend and I moved to Wellington and back to civilisation. She's now my wife and we live in Amsterdam.

Amy
That is an epic story! As someone who honeymooned in New Zealand I can imagine what you experienced! Bravo! clearly the experience was enough to cement the relationship.

When traveling in Iquitos, Peru we stayed at an Amazonian rain forest lodge.  I took a trek into the jungle with a guide. He got lost and I ended up leaving the jungle being carried out on a stretcher by a group on Peruvian natives on Christmas Eve.

- Only time I stayed in a hostel - in Paris, where the group decided they wanted to swim in the Trocadero fountains (totally illegal). After I saw the security/police under the Eiffel Tower with machine guns, I opted to be lookout instead of stripping down. It was still really fun & definitely an experience I would have been too frightened to consider on my own. 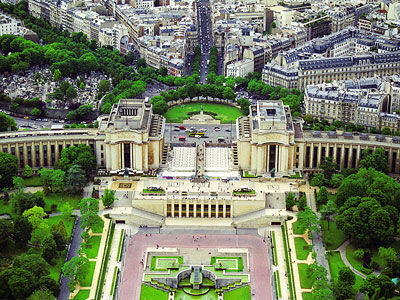 Sometimes, it's not the adventure you say "yes" to - it's the adventure that finds you. Like missing the last bus from the forest back into San Jose, hitching a ride with someone, getting lost in the city and then having your route back to your hotel get bisected by a miles-long Christmas parade.

And then there was agreeing to camp out for a few nights in the Australian Outback. Don't go to the Australian Venom Zoo before camping out there, or you won't sleep at all.

answered by
Jared from Sydney

One of the craziest adventures I've had was in the Northeast Iceland. A snow storm had rolled in over night and the conditions on the Ring Road were awful. We'd never driven in snow but we did have a 4WD so we attempted the journey. A trip that usually takes 2 hours took us 6. Snow drifts three times the height of the car were on one side, and a cliff on the other. Scariest drive of my life!

But we finally arrived in beautiful Lake Myvatn and were rewarded with a winter wonderland of volcanic fields, underground hot springs and amazing food (highly recommend Daddi's Pizza!). Plus, the area was relatively deserted due to the storm so we had it all to ourselves!

I had many adventures in Iceland - it's certainly a place where crazy can sneak up on you!

To take a hot air balloon tour in Turkey .

answered first by
Jennifer from Chico

I would definitely have to say couch surfing in Paris at a 26 year old man's flat (I was only 20!). I didn't know him, the city or the language. Turned out the be the cheery on top of my whole Europe trip!! It's all about the risks you're willing to take :) 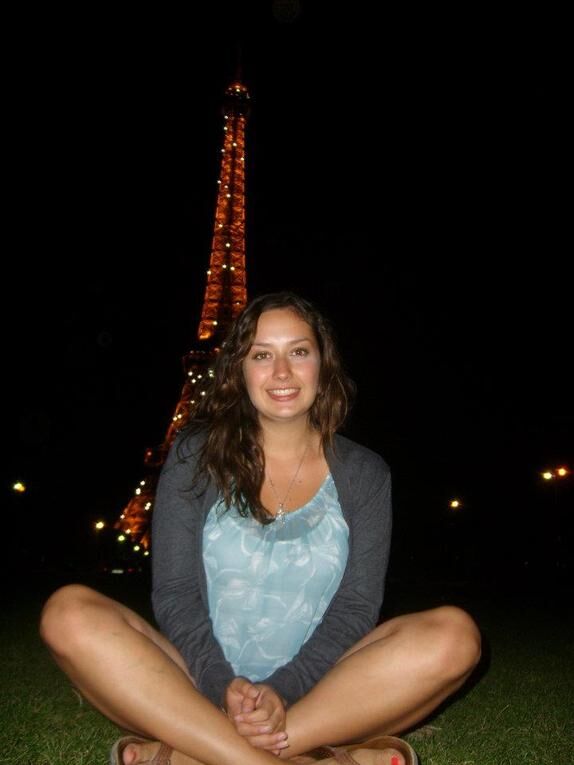 Amy
Quite the adventure! A little risky for sure, but glad you had a great experience!