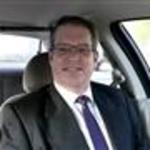 What is the weirdest food that you have ever tried during your travels? Did you like it?

Now this is my sort of question. Here's a partial list:

Iceland - Hakarl, the infamous rotten shark meat (pronounced "howker"). Smelled like cat piss, tasted like an off-putting fish. Here's a blog post with video about it.

South Korea - Boiled silkworm larvae. Tasted like leather and liver. Each bite included a squirt of hot water the larvae soaked up while boiling. Not good.

Australia - Camel, crocodile, emu. All pretty good. There also a place called Cape Trib Exotic Fruit Farm where you can taste all sorts of fruit you've probably never heard of before. The black sapote, aka chocolate pudding fruit, is probably the most outrageous of the bunch.

Finland - Bear sausage. I could eat lots of it.

Vietnam - Some sort of rice whiskey aged with a dead cobra floating in it. Nothing special.

Brazil - Feijoada, a traditional dish featuring every part of a pig but the poop chute. Lots of snout and ears in the mix, though. Pretty delicious, really.

United States - Menudo. The broth is very tasty, but the tripe is pretty rubbery. And rattlesnake, which is nothing special. I've also had just about every game meat your can imagine.

I know I'm skipping something ... I'll update if I figure it out.

Brad
I tried Hakarl too - worst thing I've ever eaten. Ever. Not only does it taste awful, to me it has a gross texture, like ice-cream that has melted and refrozen but a bit more meaty. Basically it's refrozen cat piss ice-cream.

Z
agree Hakarl is probably the worst I've tried - and I thought I had it all. And the smell is 10x as bad as the taste! Like pure ammonia. Whose idea was it anyway...? Was it a dare? :)

The weirdest was jellyfish during a banquet in Hong Kong. It was slimy, slippery and tasted muddy. Another confronting item was Ishiri sauce on the Noto Peninsula - this is made from squid intestines. It actually wasn't too bad, but the flavour was very strong. At David Chang's Momofuku Seiobo in Sydney, I had confit 'Parson's Nose'. Again, this was the strongest flavour I've ever experienced from a chicken. In Singapore I've had Durian. The flavour is raved over (I thought it was OK but not outrageously wonderful) but the smell is as bad as its reputation.

I laughed here when I read someone else think eating kangaroo was weird - I love it. It's a very lean red meat and absolutely delicious, particularly with a red wine sauce. I think perhaps we're the only country in the world that eats its national symbol.

Stephen "Sven"
The weirdest fish I think I have had is Conc in the Bahamas. It is illegal in the USA.

Ross
i agree i loved kangaroo it is the leanest meat i have ever had!!

I have had iguana in Mexico. Gibnut ( a giant rodent ) in Belize, Calf brains in Atlanta, kangaroo in Australia, rattlesnake in Texas, bull testicles in Colorado, lamb brains and eyes in Morocco and they said it was chicken but he said it makes coo coo noise I chuckled as I ate and said "chickens don't coo lol" as my wife's face turned white as she realized we were eating pidgeon ha ha.

I was ok with most of it but brains taste like meat jello?!

Stephen "Sven"
Yes, I have had pidgeon but it was called City Chicken, I have had snake in Panama but did not try the Guinea Pig

So far the strangest and most bizarre food I have tried is a tie between Dinuguan which is a Filipino savory stew of meat and/or offal simmered in a rich, spicy dark gravy of pig blood, garlic, chili, and vinegar which I absolutely loved until I was told what it was. And of course what Filipino Cuisine is not complete without trying Balut which is a developing duck embryo that is boiled alive and eaten in the shell. It is commonly sold as street food in the Philippines. This I almost gagged on. It is a common food in countries in Southeast Asia, such as Laos, Cambodia and Vietnam. Don't even get me started on Bird Nest Soup, Bat, Monkey or Dog.

Michelle
I've travelled in South Korea so I can't be certain I haven't eaten dog but I have to say, I'd never willingly eat a pooch!

Stephen "Sven"
Dog is considered a delicacy in parts of China, The Philippines, Vietnam and Thailand. I think eating dog would be to Ruuff for me since I am more of a dog person. There was a Chinese restaurant in Pennsylvania where I use to live that was in the Mews for serving cat. Needless to say they are no longer in business.

answered by
Gizem from Izmir

Kokorec in Turkey. It is made of lamb intestines, weird but delicious!

Beijing, China:  From a Beijing street food stall we ordered a skewer of LIVE squirming scorpions.   Being Asian, live is the key to ensure freshness  :)   The guy tossed them in a big hot wok (which killed them), sprinkled some mystery spice on, and then we had a bite (after snapping off the stingers).  They were surprisingly tasty, just like soft-shell crab!   Photos (including other strange foods we didn't try):  https://www.facebook.com/media/set/?set=a.497514628902.279166.561038902&type=1&l=cc95bd89ac

Hong Kong, China:  The strangest thing was when a friend recommended I try "turtle jelly", which is a jello-like substance made from boiling turtle shells with some sugar.  It looks like a dense, dark grass jelly (which I love).   Supposedly it's good for your complexion so women (and men) eat it normally, it's not a tourist scam.  Unfortunately it had a bitter taste barely masked by the sugar, but it's worth trying once.

Phuket, Thailand:  I got suckered into ordering horseshoe crab egg salad at a seaside restaurant stall.   I adore caviar, ikura, uni and other kinds of seafood eggs so figured it's worth a try.   The crab eggs looked like ikura (salmon eggs) but were incredibly hard with no flavor, and there was no meat on the horseshoe crab at all.   Not recommended.

Zanzibar, Tanzania:  Nothing really strange, but somewhat unusual was that we tried the fruit of a cacao (chocolate) bean.  White, luscious and sweet, very much like mangosteen.

San Jose / San Francisco, CA, USA:  My home 'hood with so much awesome cuisine.  At a Vietnamese restaurant I tried balut, which is the partially-grown duck embryo.  I think the one I got was overly old, since when I cracked the egg open, the the eyes, beak and feathery, skeletal body were half-formed, and the ones I saw on TV were more eggy and less ducky.  It tasted like mild duck meat, but honestly looked pretty disgusting so I had a hard time eating it.  At home & and Chinese restaurants we eat 1000 year old egg (eggs fermented in chemicals so the white turns this nasty black color) and jellyfish all the time.   So-called exotic meats are easily found:  turtle, snake, ostrich, alligator, tripe, etc -- all tasty if prepared properly, nothing very strange there.  Seen boiled silkworm larvae at Korean restaurants and grasshoppers on Mexican restaurants but haven't tried them yet.

I've eaten a lot of "weird" stuff in all my travels but the oddest and most pungent was definitely durian in Yangon.

answered by
Deborah from Minneapolis

Check out my friend Andrew Zimmern.  www.andrewzimmern.com Host of Bizarre Foods on the Travel Channel.  He has written "The Bizarre Truth How I Walked Out the Door Mouth First... and Came Back Shaking My Head".   FYI:  He is even more fun in person than his TV Personality!

Debbie
And he's on Trippy, so you should follow him! http://www.trippy.com/profile/andrewzimmern :)
comments (1)
likes (2) thanks

Toasted grasshoppers in Oaxaca, Mexico.  They were good actualy. Spicy and choped up, to be used as condiment in the stew.  But great out on it's own. 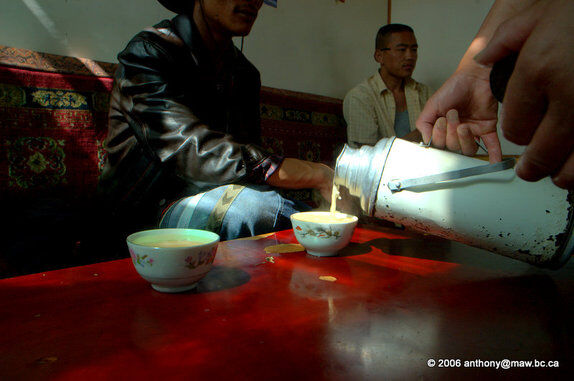 I had the "pleasure" of tasting fermented yak-butter tea which has a stench so powerful it turns your stomach at arms length distance.  For the uninitiated you force yourself to put it under your nose, somehow convince yourself with mind-over-body powers to swallow it, and try to avoid looking too weird as your stomach tries to vomit because it's rotten...and you make funny faces keeping the stuff down much to the delight and laughs of the local Tibetan dudes who somehow drink the stuff daily. It is also a popular drink in Nepal too.  And yes it is available in freeze-dried foil sealed packets to keep in all the vomit-inducing goodness so you can take it home abroad to get your friends to try to drink it on a dare.

I have eaten snake in Hong Kong Spiders in Cambodia and pirate fish in Brazil.

The snake and the fish was good but spiders do not taste very good.