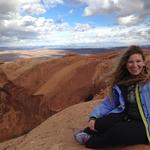 Is Yosemite worth camping/visiting in the spring?

A few friends and I are thinking about making a return trip to Yosemite in early May. We have already done day visits, one to Glacier Point and one to Mariposa Grove, but we didn't get to do any hiking. Unfortunately, the cables won't be up to hike half dome, so we were wondering if it's worth the effort to go back in spring? We've heard the falls are beautiful.

Yes, definitely worth going in spring.  Even though the cables won't be up at Half Dome, you can still hike up to the top of Vernal Falls and Nevada Falls (same trail that goes to Half Dome).  This is an awesome hike and you can do it as a loop, going up the Mist Trail and returning down the John Muir Trail.  The waterfalls are generally at their best in May. Higher elevations from 7000 ft or so may still have snow and some trails could be wet (potentially top of Nevada Falls).

The east entrance (Tioga Pass) and Glacier Point Road will most likely still be closed in early May.

Other hikes you could do include Yosemite Falls  and the Tuolumne Grove of Giant Sequoias.

At this point it will probably be difficult getting a campsite in Yosemite Valley for early May. It's very popular and fills up quickly. There are other options outside the park if you aren't able to find something in the park.  To make reservations in the park: http://www.nps.gov/yose/planyourvisit/camping.htm

If you are camping in the park you will need to be very vigilant with storing food, toiletries, etc. as there is a serious problem with bears breaking into cars in the valley, particularly after dark.

Another less expensive option is the Yosemite Bug Hostel And Resort where possibilities include camping, tent cabins, hostel and private rooms.  This place is outside the park.

answered by
Kate from Anderson

Absolutely! In May, the falls are at their most beautiful, and the wildflowers are in full bloom. Also, it's a bit  less crowded than during the summer, which means the trails are more open. There's a lot of things you can do there besides hiking Half Dome. You could hike  Upper Yosemite Falls for instance... It's a challenge, which it sounds like you want. If that's a bit much for you, you could always stop at Middle Yosemite Falls, or choose a totally different route. If you ask a park ranger, they'd be able to help you find exactly which hike would be good for you. Plus, there's a free bus system that can take you to the base of the trail, so you don't have to worry about finding a way to get to your car if you don't want to. Yosemite in spring is an amazing experience. If you can do it, by all means go for it!

answered by
Philip from Salinas

Spring is probably one of the best times to visit Yosemite National Park.  Because of the drought, the falls and rivers may be lower than normal, but that shouldn't be a reason to not go.  Also, for a less traveled area of Yosemite, you can always stay in Tuolumne Meadows.

answered by
Linda from California

The earlier you go to Yosemite National Park in May, the better!! The crowds start coming in immediately after Memorial Day, so it will be easier to stay in the Valley for some terrific hiking.  I happen to think that the canvas tents in Curry Village are the way to go.  It will be cold in the morning, but it warms up quickly.  Hope this helps