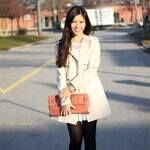 Which country is your favorite?

Which country is your favorite to travel. I love to visit Thailand. It’s where I decided to quit my job, and I lived there for a few years.

answered by
Greg from Chengdu

It would be really hard to say which is my favorite so I will rate them, 1-3, by continent.  All of these are countries in which I have spent significant time, weeks - years.

Europe  -  been to all of Western Europe

South America - been to all except Chile, Venezuela

Central America - been to all

Asia - these are the only 3 I've been to

The truth is I don't have a favorite.  I enjoyed just about every place I've traveled to.  I often find myself pining for a particular place from time to time, but never the same place.

In addition, I've thoroughly enjoyed certain part of some countries, while other parts of the same country didn't do much for me.  In some cases it's because a country is just too big to be defined by a particular city, or region.  This is particularly true of Canada, India, the United States and China Since I live in the United State, I'll use it to exemplify what I mean.

One thing many visitors to the United States are astounded as to just how big it really is.  I've met many visitors from other countries who want to go from one location in the US to another, and assume from looking at a map they can drive there in several hours.  They're often astounded to find the journey will actually take days.

The United States has several distinct climates, and the population density varies widely.  Some of the larger concerns of people in one part of the country never really come to mind for people in other parts.  In fact, people in the US often have misconceptions about other people and places in the their own country.  I had a friend from the who was originally from an area known as "the great plains".  When he graduated from college he relocated to the area known as New England, and was surprised that there wasn't snow on the ground all year long, like he assumed.

However, to get back to your question, I find that I often miss certain things about various places I've been.  Most often, though, it's the people I've met there that I think about.

With that, I'll tell you of the places I find myself thinking about lot, recently.

Now, give me some time and I'm sure you'll find me pining for a whole new batch of places.

answered by
Alexander from Los Angeles

Italy is great. If I decide to move somewhere, it would be Italy.

There are a few reasons why: 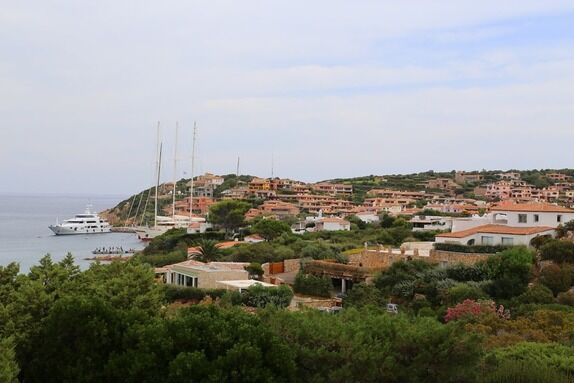 answered by
Khaimal from Rissani

Morocco is the best to have your vacation: and you can discover all the most interesting places and meet local people and shopping... and discover Sahara desert ....

answered by
Takashi from Osaka

The most favorite country of mine is India, I have visited India over 10 times, most of major cities in India has been visited.

answered by
Jigar from Ahmedabad

I love Vietnam. I like to live in Ho Chi Min city. I felt comfortable and glad when i stayed at there. A most things is cheap and fresh . Especially , fresh vegetable . I looked farmers plan vegetable . And i trust it :)

answered by
Sid from Fremont (California)

Every county is unique. But, to pick a few, I'll go with:

I'm going to base my suggestions on my experiences and more so on the theme of travel.

For adventure, it's New Zealand For culture, it's JapanChina and Italy Japan, China & Italy. To live, I'll go with (and having lived in all 3 for quite a few years) it's United Kingdom, United States and India. To backpack, it's Mexico and Costa Rica. To relax and also for its beaches, it's Belize and any country in the Caribbean. For a quick trip, it's Hong Kong and United Arab Emirates.

answered by
Fiona from Limerick, Ireland

I was surprised I enjoyed it that much but that's the fact. Extremely helpful and hospitable people, delicious cuisine, stunning mountains, warm sea, and lots of things to do.

answered by
Marcus from Los Angeles

Wow...  So hard to answer.  Fiji was incredible.  The people were so great and the natural beauty was amazing.  New Zealand and Croatia have some of the most beautiful coast lines you can imagine.  Bolivia was an incredible trip.  Uyuni Salt Flat and the southwestern part of the country is unlike any other place on the planet.  And Lake Titicaca is spectacular, especially Isla del Sol.  It's an incredible mix of natural beauty and authentic culture unspoiled by over-tourism.

answered by
Caterina from Florence

answered by
Deepak from Mumbai, India

I visited Thailand for a couple of weeks in 2011 and I loved it! It helped us with the decision to move from Australia to London in 2012. We've travelled to about 36 countries in the last eight years and my favourite has to be Japan.

We only got back from Japan two weeks ago and we're already planning a trip back. We visited many places during our two weeks there, but I really feel that it's a country you could spend months in and only scratch the surface. I loved the culture (it's so different to anything else I've experienced), and I loved the food (ramen, sushi, noodles, okinamiyaki), but the best part about Japan was its lovely and considerate people. They are so polite and patient, even when we couldn't speak their language and they didn't understand what we were saying. I really hope we get to spend more time with the people when we go back.

Check out some of what we did in this video of our trip: http://www.neverendinghoneymoon.net/journey-through-japan-two-week-itinerary/

My favourite country is a toss-up between my home country Ireland and Italy. I love Italy with a passion and have to get my fix at least a couple of times a year. I love especially Bergamo and Puglia.

answered by
Jennifer from Chico

There so many favorites but the ones that stand out to me the most are Spain, Brazil, Costa Rica, Argentina

answered first by
Carolina from Miami

I absolutely fell in love with Italy.  My favorite part was the coast of Italy!  Specifically PositanoEveryone was so friendly and the food in each part of the country was amazing!