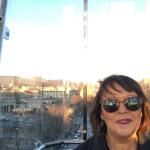 Where have you spent your best Christmas away from home?

A few years ago my family spent Christmas in Bergamo and had a wonderful time. Do you have any great Christmas memories away from home?

answered by
Mattias from Halmstad

Bergamo does seem extremely beautiful. I'd love to go there.

In 2013 I spent Christmas in Java (Indonesia) watching the active volcano Mount Bromo at sunrise. We had hiked the mountains during a long and chilly evening/night to get a good view. It was certaintly very far off from the Swedish way that I'm used to celebrate Christmas, with plenty of food and presents being handled out.

However, who needs such privileges when you are sipping on a hot coffee while viewing a breathtaking volcano among the clouds? There was something extraordinary with the simplictiy of being in the wild, far, far from home. 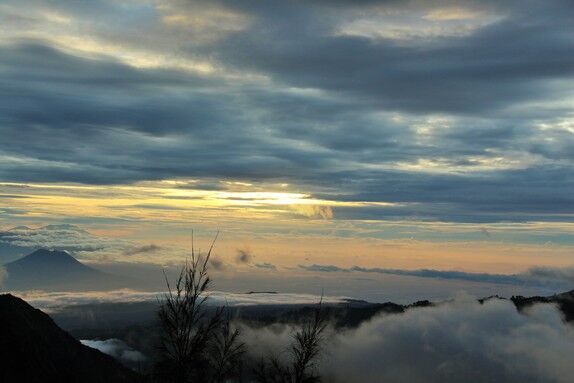 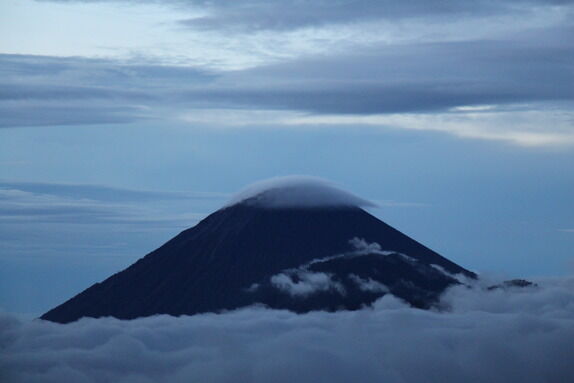 We spent a wonderful Christmas in Italy a couple years ago. There a nice Christmas market at the Piazza Navona in Rome and enough lights in the streets and decorated trees that it feels Christmasy. We spent several days there including Christmas day, then went to Tuscany for a week.  Italians celebrate the Epiphany on January 6th more than Christmas day, so even after Dec 25th, Italy is still very much in the spirit. Florence is stunning at Christmas time as is San Gimignano though there are many other places to see.  If you happen to be in Italy on January 6th, try to squeeze in one of the local celebrations. In Tarquinia, they have a beautiful parade with the three kings, camels, and La Bufana (the witch that brings gifts to the children). 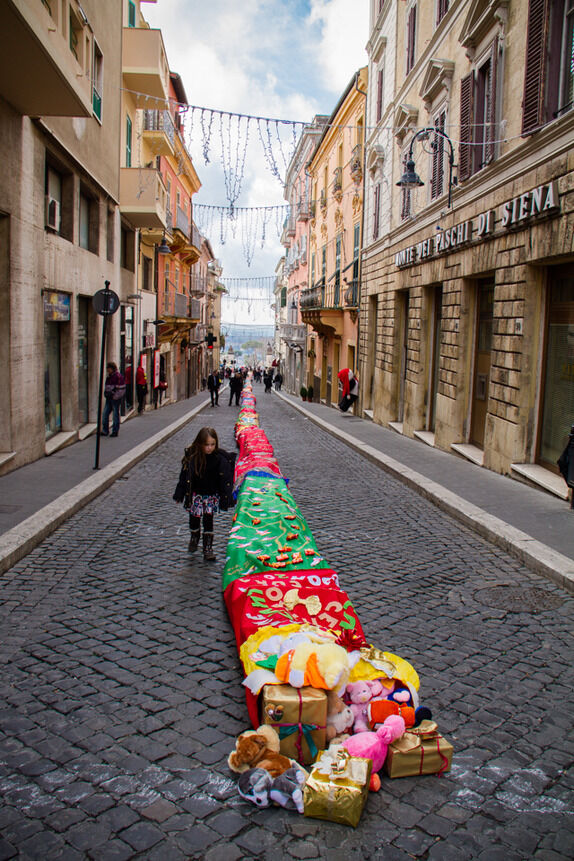 Maria
Sounds amazing, thanks. Definitely one for my Christmas bucket list

Oddly enough, the best Christmas I spent away from home was in Nashville, Tennessee.   My mother and stepfather moved there in the mid-1980s.  I was living in Boston, and 1989 was my first chance to spend the holidays with them.

As it turned out, the nation was in the midst of an early, and severe cold snap that year.  All across the country temperatures were 20 to 40 degrees (Fahrenheit) below average.

A friend dropped me off at the airport.  Assuming that Nashville would significantly warmer, and hoping the weather would return to normal by the time I got back, my outerwear consisted of an hooded sweatshirt, a denim jacket and a suede fedora.  As the plane made it's final approach into Nashville the pilot announced, The temperature in Nashville is 5 degrees."  I immediately thought, "You ass! Now you're going to freeze to death".  However, stepping out of the terminal I was pleased to discover that 5 degrees in a landlocked state feels far warmer than 5 degrees a mile from the North Atlantic.

A few days later I was downtown finishing some shopping.  The people of Nashville, most of whom had never seen their city that cold in their lifetime, were bundled up.  Dressed as I previously mentioned, many looked at me as if I'd lost my mind.

When I came across an icy sidewalk I couldn't resist taking a running start, and "surfing" across the ice in my flat bottomed sneakers.  I hadn't done that in many years, and it was so much fun that I did it again (well, several times, actually).  Suddenly, I got the funny feeling I was being watched.  Looking up at the apartment building across the street I could see a face in just about every window watching the looney below.

Figuring "In for a penny, in for a pound" I motioned with my arm for them to join me.  To my surprise, the front doors to the building swung open about a minute later, and about a dozen children came running out to watch, and join me.   People kept coming out of the building.  Many parents came out to make sure I wasn't some Pied Piper (or worse), but soon returned to the warmth of their homes.  The children stayed, though, sliding, falling and laughing the whole time.  I left the children to have their own fun, and returned to my parents home.

Returning to Boston after the holidays, I received a call from my mother.  She told me she was reading one evening when my stepfather called for her to come to the room where he was watching television.  A local news program was running a segment about how some people were making the best of the cold weather.  My stepfather said to her, "Get a load of this kook!"  It was a video someone sent to the station, of some guy in a denim jacket and a suede fedora "surfing" on the ice with a bunch of little children.

My mother immediately recognized me, but didn't tell my stepfather.  For that, I am grateful.

Hi Maria! Once I took a family vacation to Toronto for Christmas, we spent a great day at the Niagara Falls we pretty much had the entire town for ourselves, we visited serveral museums, the park and the local casino's.  we had and amazing time! :)

I spent my first Christmas away from home working in a bar in the Japanese ski resort Hakuba It was weird working on Christmas day and the bar owners left the Christmas tree for the rest of the ski season (until March).

Last year I spent Christmas on the island of Koh Lanta in Thailand. Its apparently where a lot of Swedish people go for Christmas. It was super hot and sunny so didn't feel like Christmas day at all to me.

answered by
Kathy from Wilmington

On a beautiful sail boat in the BVI's. On Christmas night we had a wonderful dinner with twinkle lights all along the rigging. It was a perfect way to get away and relax with family after a hectic year.

I spent last Christmas in Thailand with my boyfriend. It was the absolute best! Work slows down for us over the holidays so we were able to get away for 2 weeks without distractions. That never happens! We made it a point to spend Thanksgiving with our families, so we weren't sad to not see them on Christmas day! 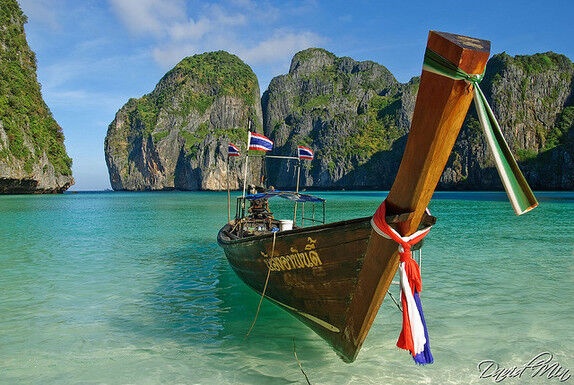 That's easy. We were in Tonga and took our four children, our house girl and seven bicycles on a boat to Ha'apai. We told the children that Santa probably wouldn't be able to find Ha`apai Group because it was so tiny. Then we took them to a small local store and let them pick out what they wanted for Christmas. All that was available were squirt guns, balloons and candies. They decided on squirt guns and we purchased balloons to decorate a tree that was in the yard of the small home we stayed at. It is  warm there in the winter, so the children had a fun time trying to squirt each other. The rest of the time we spent riding our bikes on the small island, across to the next island Foa and at the beach where we enjoyed swimming. It is a Christmas that our children always remember as their favorites. Several of the neighbors were so kind and shared their fish and root crops with us. Also, there was a goat nearby that the children enjoyed playing with.

answered by
Adina from Bucharest

I always spend my Christmas at home with my family. But if I were to choose my best option would be Swiss Alps. Away from technology, right in the middle of nature, enjoying the snow. This is how I picture it. I know some locals from that area and I have it on my list for February. Here is the link to get inspired: https://spoty.com/vacations/switzerland/relax-like-a-local-in-the-heart-of-the-swiss-alps?. 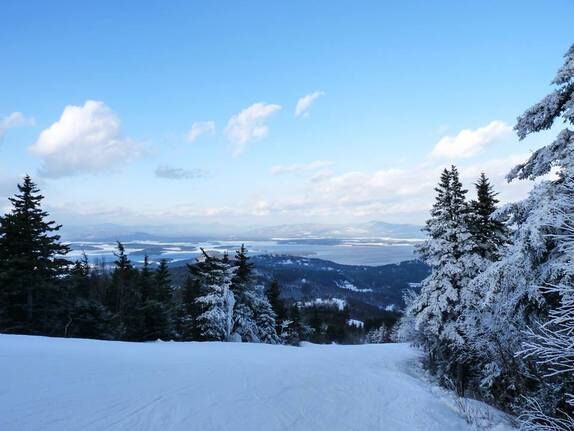 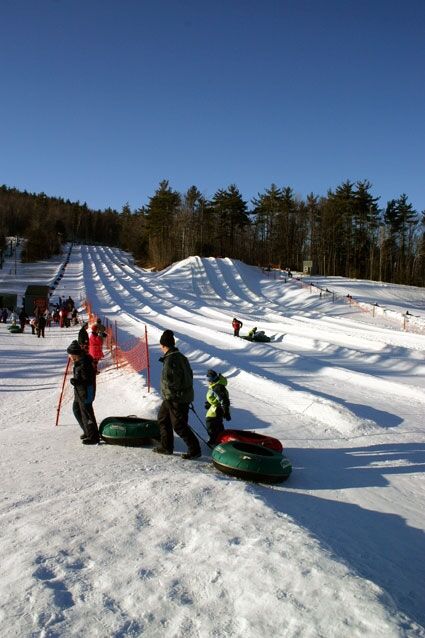 Hello Maria! I have beautiful memories of family winter vacations over Xmas season in New York City and New Hampshire. I have shared so many experiences and pics about NYC therefore I will spend some time in talking about the beauties of NH. The city is stunning by far however we spent a few days tubing, snowboarding and skiing at Gunstock Mountain. You have no idea the heavenly scenes that you find on this spot. 100% recommended. The Lake Winnipesaukee offers additional and great dining, lodging and entertaining.