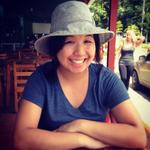 What's your favorite travel backpack? What are their best feature/pitfalls?

My research landed me on the Osprey Farpoint 40 for carryon size compliance, size (38L for the small/medium), good hip strap and suitcase style opening. Seemed like a decent bag for the price I found it at on Amazon ($112.50).  What's your favorite?

The thing about travel backpacks is that they're not a one-size-fits-all deal. What's perfect for me (A Kelty Coyote) might not work for someone else.

And you simply cannot and should not buy a backpack online. No matter how much research you do, there is only one factor that matters: How does it feel on your body with weight loaded into it?

To find out, you'll need to visit an outdoor store near you and try everything in your size range. Have the salesperson drop some weight into everything you try (good outdoor outfitters have sandbags for this). Spend some time adjusting the straps to get it just right. I promise, that is the only way to get the right backpack.

Celina
Thanks, I have gone to a store to try it on first and it fit and felt great.
comments (1)
likes (7) thanks

Justin knocked it out of the park with his answer! You can do all the research you want, but if it rubs you wrong it's not the pack for you.

it really depends on options. are you a person that likes a lot of high tech gizmos or do you want a sack to hold stuff. The size you are looking at is perfect for me. I regularly use a 40L on my trips and it's not a very good backpacking pack but it is very comfortable as luggage and that is a hard thing to explain. I have much better packs than the one I travel with but I like the sturdy comfort that it has. when I go backpack camping I go ultra light and this style of pack is to fragile for the airport.

I have $400 packs and $90 packs but I try to travel with my dad's neon orange external frame pack from the 70's. I feel as though I'm a little under the radar, and no one messes with the guy that looks poor lol. My second choice is my NF terra 40, it's a cheap pack but very comfy in all climates. All of my other gear is to specialized for basic travel, who's going to use mountaineering gear for airports lol.

answered by
Iain from Seattle

Hello!  I recently faced the same decision for my trip to SE Asia.  I leave on the 2nd, so this is a bit theoretical, but here's how I decided:

First, carry-on only.  I considered the Osprey Farpoint 55, but it seemed like though everybody said you can almost always carry it on, the fact it didn't meet the letter of the law was disconcerting.

So it came down to a shootout between the Osprey Porter 46 and the Tortuga Backpack.  I chose the Tortuga for several reasons:

* The hip belt is much beefier, with pockets in the hip I could realistically see myself storing useful things

* The laptop sleeve is snug up against the back, where it should be. The flatest thing I'm packing against the flatest part of my body

* The airflow along the back is way more serious, with thick pads and a wide channel in the middle.

* The build looks solid but the brand is effectively unknown, and the styling is more utilitarian.  Doesn't scream "Top of the Line Westerner" to my eyes, like Osprey does. Now I'm really into speculative territory ;)

In short, it's a better backpack than the Osprey Porter.  The Porter is uncomfortable for me as a backpack with 30 lbs after just a few minutes.  It's probably not quite as good as a FarPoint, but it's much closer.  Given that I expect it to be stored most of the time in guesthouses etc... I figured I didn't need to optimize the back-packability and the Tortuga hits that great sweet spot.

answered by
Billy from Chicago

I have been traveling for over a year with this backpack: http://www.dsgear.com/collections/gearbags/products/bpc#&panel1-2

It's pretty amazing. I am able to fit a smaller "break away" back pack inside it and it fits in the overhead in a plane.

answered by
Amanda from Hermosa Beach

Firstly, I totally agree with Justin's comment that trying it on is definitely the best way to go. I went to REI and tried out a few backpacks before settling on the one I ultimately purchased.  That said:

I backpacked for a year with the REI Lookout 40L Pack.  It's nothing fancy, but it has a good hip strap, but looks like a regular backpack, so while we met other travelers who had issues with the authorities, we had no problem at all carrying it on onto all buses/tuktuks/planes.  I absolutely loved this bag and would recommend it to any traveler.

For the price (normally $99, on sale now for $75!), it was extremely durable (heavy duty zippers, waterproof bottom panel) and had all the features I really wanted (hydration pocket, hip strap, belt pouches, ample zipper compartments). My boyfriend and I each carried this and was perfect for walking around towns/villages/cities (didn't take backpacking/hiking).

answered by
Karen from Dallas

I'm going with the Porter46 for an open-ended (at least 6 months, likely longer) trip. Like someone else mentioned, I considered the Tortuga, but decided on the Porter because I could try it out at REI. Got mine at REI for $130, then found it on eBags for $80 with a holiday discount. I tested it out and all of my gear only adds up to 20 pounds, with room to spare (which allows it to cinch down and makes me more comfortable that I won't have to check it on international airlines). My laptop is a MacBook Air 11", so position in the pack is irrelevant with regard to the Tortuga. Great question - have fun on your trip!!!

I absolutely agree that the answer to this question will vary GREATLY depending upon the traveler. Case and point: me. I have what I consider to be the absolute best backpack for me--a Timbuk2 Uptown Laptop Backpack (http://www.timbuk2.com/uptown-tsa-friendly-laptop-backpack/347.html#/dwvar_347-3-6061_size=7&dwvar_347-3-6061_color=2226). Why? Because I travel for both work and fun (mostly work lately) and I require at least one laptop, if not a laptop and a tablet (and bunch of other tech/cables etc which go in a little bag in one of the compartments). I can pack enough clothing in the main area for a week in a warm climate (or a long weekend in a cold climate and/or I do laundry) and the three other pockets are well organized for all of my other stuff. A toiletry bag fits perfectly on top of the clothing in the main compartment and the whole thing fits in the under seat storage area in coach. Also it is super comfortable on my back (even though I did order it online). I love it so much I am considering buying a few more so that when they discontinue this style, I'll have a backup supply (but then I'm also insane...)

Of course, this is in no way a travelers backpack. Unless you use it to travel, as I do.

My favorite travel backpack is the Benson or Lucas by Stone and Cloth. I was inspired by their mission to provide scholarships to students in need with every backpack sold.

It may not be as technical as you like, but I really love mine when traveling internationally and need something simple and lightweight.

answered by
Random from Seattle

Been carrying an Osprey Porter 46 for it's simplicity. Use the backpack straps much less than shoulder strap. I do recieve good reports on and sell the Osprey Farpoint 40/55 more than any others... very important to get the correct size (S/M or M/L)

answered by
Warren from Michigan

I like a good CamelBak, the only pitfall for me is if it's a camo one (or even black) people give you looks. They looks a little "Tacticool" but they work great.

answered by
Jason from Cape Town

Osprey is the best by far. Any of them

I am using Hedgren by Urban Gear. It has the exact mesuments for a carryon on most airlines.  It has more the look of a duffle bag.  It can be used like a duffle or a backpack.  I wouldn't make a long treck with it. But for my usage it is the best I've found so far. I like the side pocket, just the right space to strore the liquid ziplock without having to open everything up. I whent for a two weeks trip to Seattle this summer, I had everything I needed.  My traveling companion couldn't beleive it.  She purchased one once we got back.

I've tried the more traditional backpacks and didn't like them.  I prefer to see what's in it at once glance. With regular backpacks, your stuff is piled on on top of each other. This pack, being wider than tall, I see more stuff without having to dig out everything.