What are the best quaint towns with an old world feel? Help me find them!

It's a quaint town with nice coffee shops, bakeshops, flower shops, and others. People either walk around or bike around in cobblestones. It almost feels like an 'old world' but people dress like summer is forever. There's also a beautiful beach nearby. I don't know of a place like this and I'm looking for it. Have you been to a place like this? Can you tell me where and share some photos? Thank you :)

Beaunefor the wine! Rothenburg for the history Riomaggiore for the hiking, lemon groves, and ocean, and Arles for the art and wine! If you want beach, go to the Cinque Terre area. You won't be disappointed! I almost forgot Como or Lucerne! 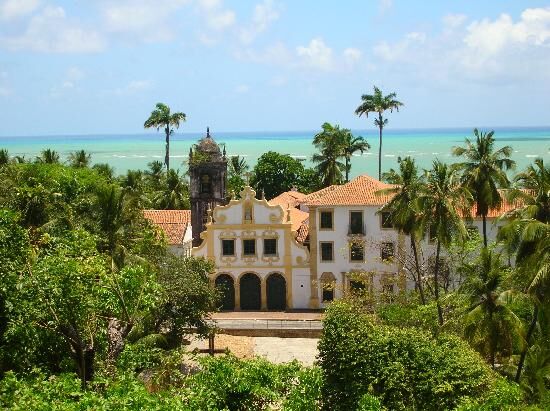 While it may be a little more gritty than what you are looking for, Olinda fits both "old world feel" and "beach town". (Though sadly, the beach is more scenic than functional - pollution from nearby Recife and the sharks it attracts make the water dangerous.) However, the entire town is designated a World Heritage Site, and the colorful buildings are pretty charming. 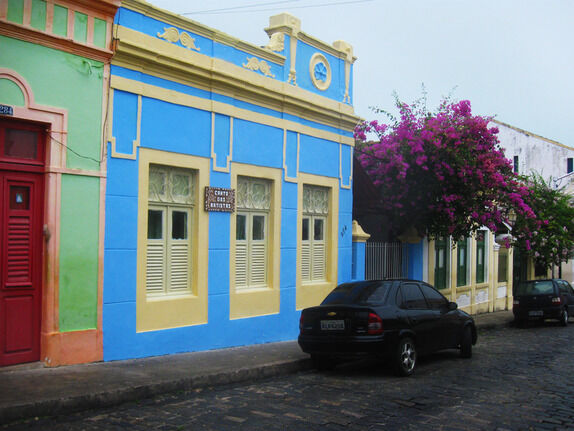 I'd also recommend Old San Juan, though it's also probably more of a big city than you're looking for. I'm sure such a town exists in the Caribbean, somewhere!

answered by
Paige from Alexandria (Virginia)

I think Cartagena, Colombia fits the bill. Lovely old colonial town on the water with boutiques and cafes and restaurants galore. The Getsemani 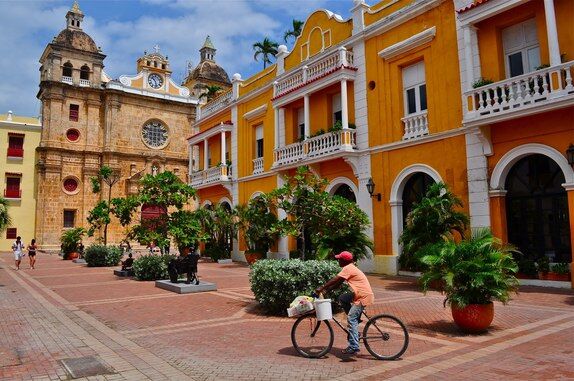 neighborhood is a little funkier and less touristy. There are some beaches nearby, but we found that a 30-minute boat ride would get us to Playa Blanca, one of the loveliest clear-blue-water beaches we had ever seen.

Amalfi, Positano, Ravello. These are some of my FAVORITE places. Amalfi has a little square with a beautiful church, places to eat and shops. Ravello really gives you the old town feel. Positano is still old town feel, but it has more of a nightlife than the other two. That's one place I must return to. 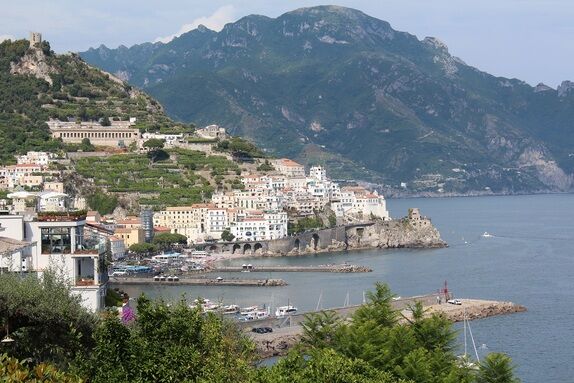 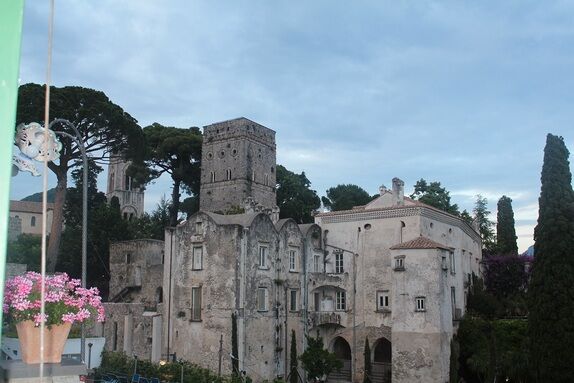 answered by
Caterina from Florence

I'm late; however, I would say Bonifacio, Porto-Vecchio, Rovinj, Split, Hvar, Dubrovnik, Chania and almost anywhere along the Tuscan coast in Italy. I don't have pictures to share with you, but I can share a couple of itineraries:

answered by
Travis from Kamloops

Some awesome answers from people! The three cities that came to mind for me were Gdansk, Poland - meticulously reconstructed old town with beautiful Sopot beach just down the road; Nafplion, Greece - a small, 17th century seaside town with two fortresses and lots of nearby beaches; Piran, Slovenia - an ancient Venetian port and one of the most beautiful cities I've ever been to.

I would think that there would be a ton of cities along the east coast of the Adriatic that would fit your description. From Piran south through Croatia (Rovinj, Porec, Zadar, Trogir, Hvar, Split, and of course Dubrovnik), to Kotor, and even south through Albania and Greece.

Hope this gives you some ideas! 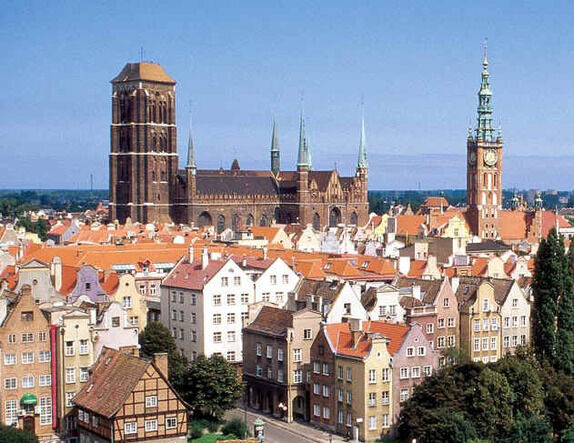 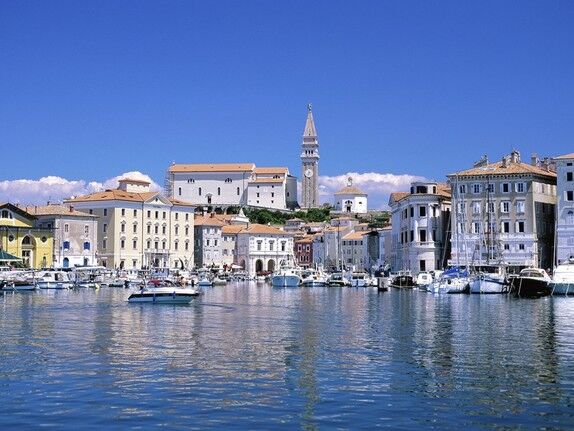 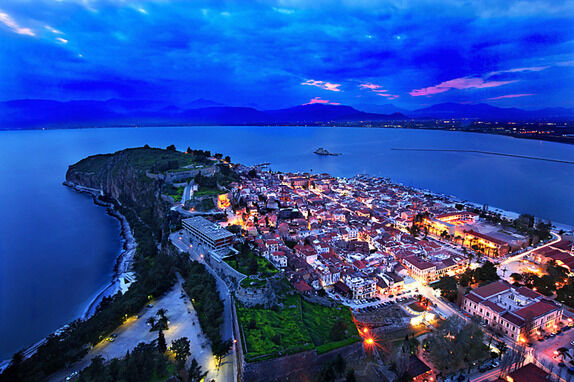 answered by
Carlyle from Washington, DC

I really enjoyed Colonia, Uruguay which is a short ferry ride from Buenos Aires, Argentina. Very quaint and as if time stood still.

You have pretty much described my home town, Carlsbad (California).  Our downtown village has nice shops and is very walkable.  It has an California beach town charm and the weather is as good as it gets.  People walk around most of the year in shorts and the beach is right there to enjoy. 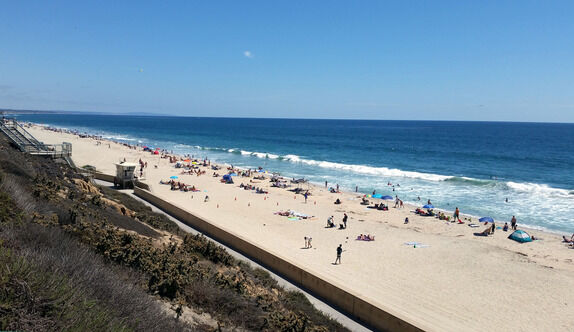 answered by
Justin from Edinburgh

Port Townsend You would love this small town, 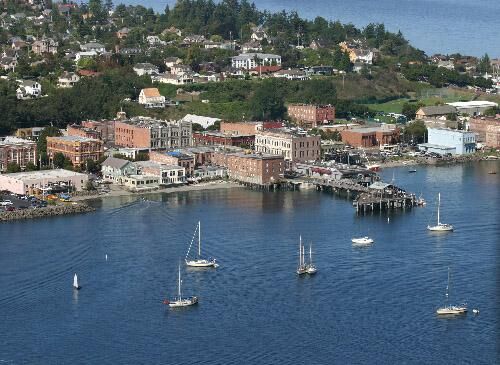 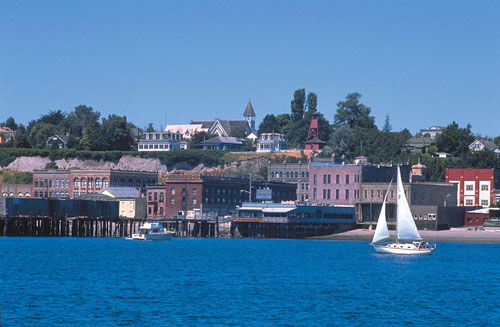 it has everything your looking for. Movie stars even come to this place to escape the rat race and its not unusual to see film crews here. At one time this was to be the state capital of Washington. Theres a little bit of everything here and I have never met anyone who does not like this wee town and what it has to offer. Look it up when you get the chance and you will see what I am talking about. Hope this helps!

answered by
Susyn from Fort Lauderdale

Have you considered Curitiba? It has the cobblestone streets, the cafes, the great bars, lots of music  ... for the beach, you need to take a scenic train ride. I wouldn't necessarily call it quaint because it's much more on the sophisticated side. But it's so overlooked because of Rio and Sao Paolo. I absolutely love it.

ieth
I haven't considered any place, really. A friend told me that Belize would match my description. I would check out Curitiba. Thank you!

answered by
Brian from Cedar Park

Without a doubt, you want to visit Old Town in Edinburgh. I also love the  town square in Durham, but the Royal Mile in Edinburgh is really hard to beat.

You should go to Galle in Sri Lanka.

That town pretty much fits your bill.

Other places that comes close to what you are talking about here is Hoi An Malacca Lagos Paraty and if you could live without being close to a beach then Ouro Preto is an absolute gem.