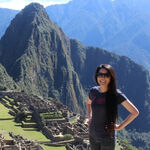 What are some cities that are perfect home bases for travelers?

A lot of travelers are nomadic, calling one city a "home base" where they can leave their car and valuables while they travel the world indefinitely.

What are some cities around the world that are great home bases? Right now I'm looking for one in the U.S., but I would love to hear ones all over the world (I hear anywhere in Thailand is great).

Let me know some places! Thanks!

My personal favorite is Manila. It has a major international airport with direct flights to the West coast of the United States, and flights to all major airports in Asia and Australia. 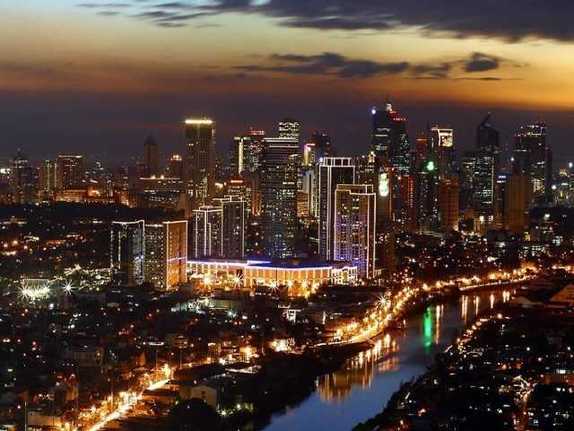 I lived in Manila for 3 years and I had an absolute blast. There is a large expat community in downtown Manila (Makati, Rockwell, and the Fort) and most people you'll come across speak fluent English.

Cost of living is also very low. You can get a great 1 br apartment in downtown for around $500/month. Food and drinks are also cheap so you can easily get by for about $1,000 a month if you don't party all the time.

My favorite part about the Philippines is that it is very easy to travel within the country and to see all the amazing places there are to explore. There is surfing in La Union, snorkeling with whale sharks in Donsol, partying on beaches in Boracay Island, and amazing diving in Palawan. If you're tired of the tropical climate, you can even go up to the mountains in Baguio City and stay in houses with fireplaces.

In the USA. Atlanta huge hub cheap living and can get out of the US cheap. Down side Atlanta

In Europe. Madrid Spain. Because or Ryan air and others any city in Europe works but because of cost of living and the proximity to Africa it is a good choice. Oh and HAM HAM HAM! Would move to Madrid in a second!

Asia. Bangkok. It's easy for expats to live in government is pretty stable food is fantastic! And slap in the middle of the action of S.E.A. !!

Amy
Great answer! thank you! Of all the places you listed, I am currently closest to Atlanta, about a 5-hour drive. I love the "Down side Atlanta" place because I grew up so close to it and went there so many times, it doesn't seem special to me. But apparently I'm not the only one. Haha. ATL is a HUGE hub...hm..I'm considering it now. Thank you!

I am living as a nomad and have not had a permanent adress for 8 years.

I have a few places around the world where I sometimes stay for a few weeks to get some online work done, while still being close to an airport so I can buzz off with an hours notice if my services are needed (that has happened a few times to me).

In Asia I prefer to base myself in Penang as Malaysia is a very well funtioning country with good strong, free wifi in most cafes and there is an international airport within 20 minutes drive of my favorite guest house.

When in Europe I like to base myself in Lisbon as I do a fair bit of work there and the city is vibrant but also cheap to live in and the airport is so close to the city center that I most walk there when flying in and out of Lisbon.

When in Brazil for longer periods I base myself in Recife where I have been a regular for 22 years.

It's a big city but it has a vibrant cultural scene and a good intellectual scene.

answered first by
Scott from Bakersfield

My "home base" just happens to be my hometown of Bakersfield, CA.  We have an airport Meadows Field Airport, but it doesn't service many direct flights (LAX, SFO, Houston and Denver). Some positives are Bakersfield is less than 2 hours by car to Los Angeles International Airport, has a reasonable cost of living, nice people, great Mexican food, and much more.  One major downside being in the central valley is the poor air quality.  Luckily it is only 2 hours from Pismo Beach (California) :)

Amy
Wow, I never would have though tot Bakersfield! Thank you for your answer. Is there much to do there? And normally, how do you get to the airport? How much would a taxi be?

Scott
Hi Amy. For LAX I usually drive and park. There are good deals to be found for less than a week stays. If I'm gone longer than that I either get a ride from a friend or family member. Alternatively we have an Airport Bus that goes to LAX several times a day. Round trip is less than $50. Getting the Meadows Field in Bakersfield wouldn't cost very much at all by taxi. As for things to do, there aren't as many opportunities as some towns but we do have some highlights. We have an awesome bike path that runs 30 miles across town. It is clean and safe. We have several large parks and music venues with concerts always coming to town. The music scene is very country (which I'm not in to) but there are other options as well.

answered by
Ian from United Kingdom

Some parts of the world have what are known as 'travel hubs'; places where most of the flights go into and are kind of seen as 'gateways' to the region.  Europe and the USA don't really have this, since there are so many airlines that pretty much each major city is a travel hub (there's no real difference between London, Paris, and Amsterdam in that respect, it just depends which airline you fly with - ditto in the USA Chicago is just as easy to fly into as New York City. I've passed through both Pittsburgh and Charlotte too, neither of which would be the first places I'd have expected but they also serve as travel hubs).

The trouble with these travel hubs in the rest of the world though is often that they're either expensive, or just not terribly interesting.  In the Middle East, the big hub is Dubai, with Abu Dhabi close behind; unless you get deep inside them, they're generally only seen by travellers as 'stopover points'.  In Central Asia, the main hub is Tashkent, which is a nice enough city but Uzbekistan itself is very policed and regulated so it's tricky to use as a base - nearby Bishkek is easier, but less 'central' (and slightly more 'boring').  Both cities also have quite extreme temperate variation across the year, but conversely they do see a lot of backpacking traffic.

In Africa you have 'hubs' at, amongst others, Addis Ababa, Nairobi, and Johannesburg; I've not been to any so can't comment.

Other than that, you have expensive Singapore, busy Kuala Lumpur, and chaotic Bangkok and New Delhi as the S and SE Asian hubs, all pretty well known to travellers and all served by budget airlines that cover the whole region, while in South America you'd be pretty much looking only at Buenos Aires, but that's not a bad city to base in - the only snag being that, like Jo'berg, it's a long way to go if you want to leave the region.

answered by
Alejandro from Singapore

For me Singaporehas been the place. I know it is not on the cheap but it is very manageable. The perks is that this place is very safe, clean and has a very active community of expats from all over the world.

Changi Airport Singapore is a traveler's dream serving 100 airlines (with plenty of budget airlines) flying direct to 300 cities in 70 countries.