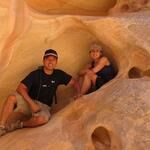 Best 2-day stop over in Europe

My husband and I are using miles to fly out to a family wedding in France next July. We'll have plenty of time after the wedding to travel around Europe but have more of a time constraint before the wedding. Still, we'd like to fly into a new city in Europe, stay for 2 or 3 days, and then make our way to France in time for the wedding weekend.

Which destinations would be best for a short stay and relatively easy to get back to Paris and/or Tours by train, bus, or possibly car?

answered by
Jan Jaap from Netherlands

Ouf, difficult question. I can only speak for Barcelona, Brussels and Amsterdam. Either way, I wouldn't recommend Brussels. I have been there twice now and either I haven't been able to find interesting places or they just don't exist there ;).

So, two to three days for Barcelona or Amsterdam. I live in Amsterdam and you would be able to get a grasp of the city within 3 days although you would probably have the feeling to leave the city after such a short time. In Amsterdam you could go to the highlights like Rijksmuseum Amsterdam, Van Gogh Museum, Red Light District, do a boat tour through the canals, and stroll around on the Albert Cuypmarkt. Another, new and interesting place which is a bit unknown amongst tourist it De Hallen (http://dehallen-amsterdam.nl/en/). When you want to check out Zaanse Schans please take the normal public transports as it is just a 30 minute train ride away instead of an incredible expensive bus tour. Getting from Amsterdam to Paris is rather easy especially when you would book a train ticket for the Thalys in advanced. Another option is to take flight, but why do that as a 3.5 hour train ride is available as well!

Barcelona is much bigger city than Amsterdam so distances are larger. Despite that, I think Barcelona has much more to offer than Amsterdam, although that view might be skewed... I have been there now about 5 or 6 times and I really like the atmosphere in the city. Great food, especially when you ask a local where to go for tapas. I can look up a great place when I get back home. Furthermore, if you are into architecture the city has so much to offer thanks to Gaudi (Casa Batlló and Parc Güelle.g.) but if you want to visit these ensure to book tickets in advanced, especially in July as it is high season.

Getting from Barcelona to Paris will take you longer than it is from Amsterdam. I don't know if there is good train connection, but flights are about 1.5 hour.

Another thing you should consider is that July is right in the summer. Temperatures in Barcelona are perhaps not the best for city trip. In Amsterdam on the other hand, temperatures are milder but with the risk that it might rain.

answered first by
Tandy from Miami

My vote would be for Lyon. Personally, when I see a country, I like to really see it, so I'd stick to France. I actually think it's a very underrated city. There are a ton of great museums and I actually think the food here is better than in Paris. Here are a couple of places I would hit:

Hope this helps you decide!