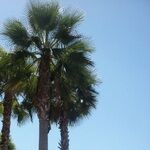 What are the best attractions & cheap restaurants in DC?

If you contact your Congressperson in advance you can arrange a tour of the United States Capitol and/or The White House.

One of the legendary places for cheap eats is Ben's Chili Bowl, which is a landmark in the city. If you're willing to take a train a little outside the city, El Pollo Rico is super cheap and has a very simple menu - rotisserie chicken and fries - but they're the best darn chicken and fries you'll ever eat. I'm a vegetarian but I'll cave for El Pollo Rico.

answered first by
Nars from Boston

One of these memorials:

Also, give this tool a try which recommends an itinerary of top attractions organized to reduce traveling around plus a map to help direct you.

Have a great trip.