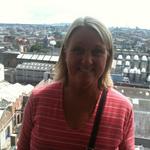 Any "Off the Beaten Path" places to go in Venice?

My husband and I have already done the touristy things in Venice, but will have 1 full day in October to explore again.  Has anyone done something fun and different while in the city of Venice, Italy ?

top answer by
Alex from London

What you are asking for is no mean feat: non-touristy Venice? Luckily it can be done.

It's quite hard to suggest one particular activity without knowing yoour preferences so here are a few ideas:

The best way to see the incredible art and architecture of Venice is to avoid the tourist sites and head over to smaller locations that only locals and connoisseurs admire. San Sebastiano, Basilica di Santa Maria della Salute, Santissimo Redentore Church, San Polo are all great secondary churches and best experienced before or after services, while locals are still mingling. Also,

San Giorgio Maggiore on the island of the same name has a brilliant campanile with great views overlooking the lagoon and Venice proper. 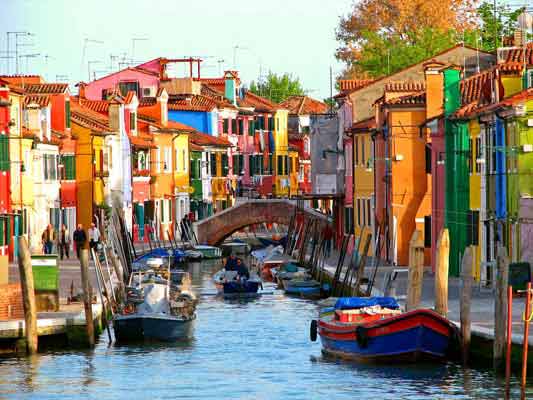 If you are serious about going off the beaten track then spend the day in one of the more residential islands. Murano can be quite packed with day-tours to its renowned glass factories but Burano, Torcello Island and La Grazia all give a much more relaxed glimpse to life in the lagoon. I would heartfully suggest a leisurely day walking around Torcello and Burano. 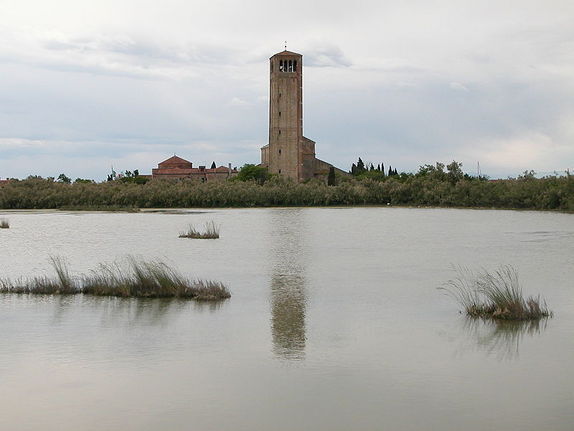 For some peace and solitude, Venice's cemetery makes for a nice tour... albeit a bit creepy for some. I love the beauty of the gardens and scultured tombs of Isola di San Michele burial park. 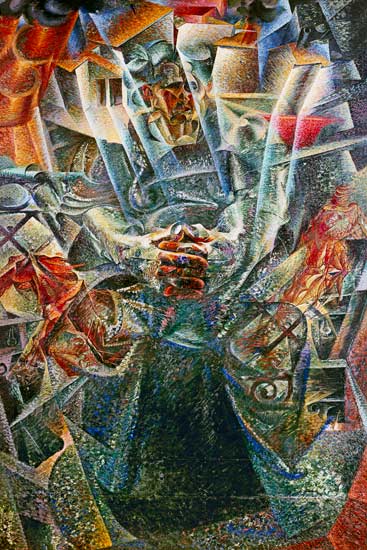 If you love art and haven't had the chance to explore the city's museums, then give yourself a few hours in the Scuola Grande Di San Rocco and then alternate with the Peggy Guggenheim Collection. I will be a full day admiring the best of art history, from Renaissance masterpieces to 20th centure modernism.

I hope these few tips are helpful.

Have a fabulous trip to La Serenissima! 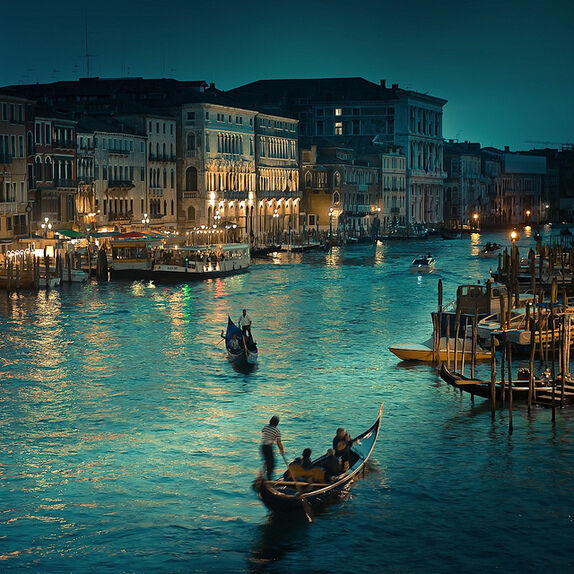 Linda
Dear Alex, thank you for your detailed list of things to see! I will definitely print this out and add to my itinerary!

It wasn't touristy when I was there, but that may have changed.  If you haven't seen Scuola Grande Di San Rocco it is worth a visit.  An homage to Tintoretto.

Nice!  I was in last summer and these would be my top three off-the-beaten path recommendations.  Two of them are on their own islands off of Venice, but just a short ferry ride away!

Cimitero di San Michele -- the cemetery here on Isola di San Michele is just stunning and really beautiful and tranquil.  The weekend day that I went was absolutely gorgeous and my friends and I were pretty much the only people there.  Its been around since the mid-1800s and there are all sorts of different kinds of burials there.  Really fascinating stuff. 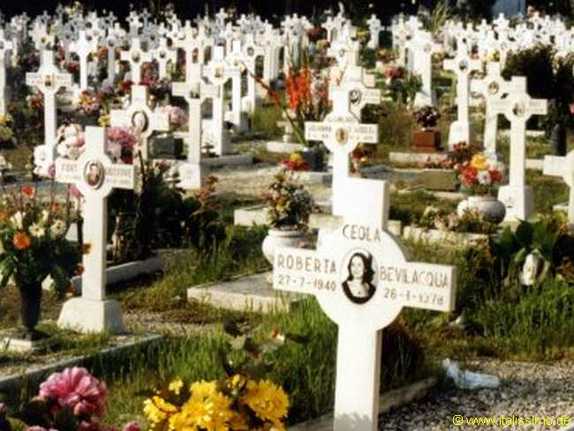 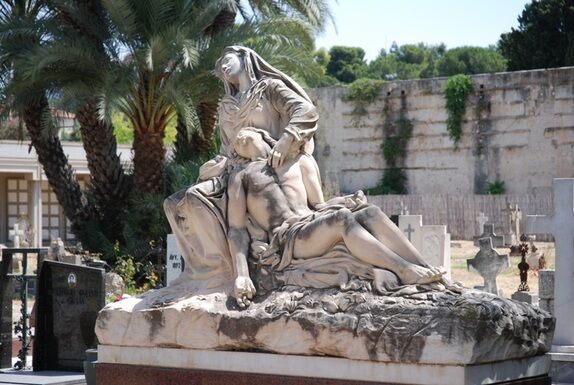 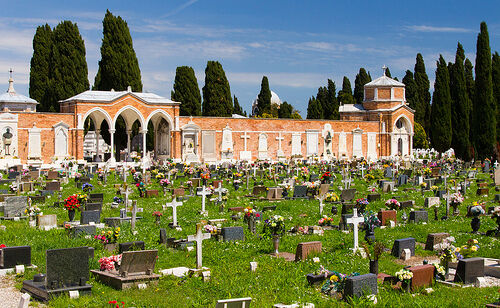 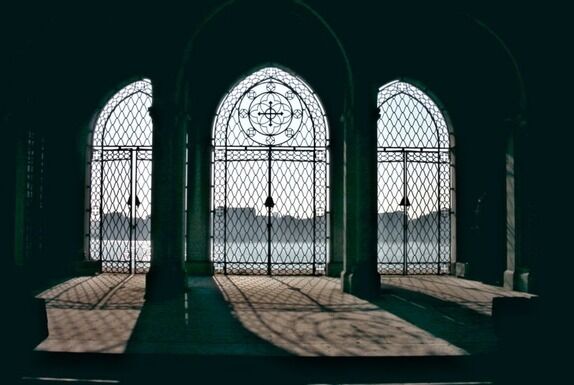 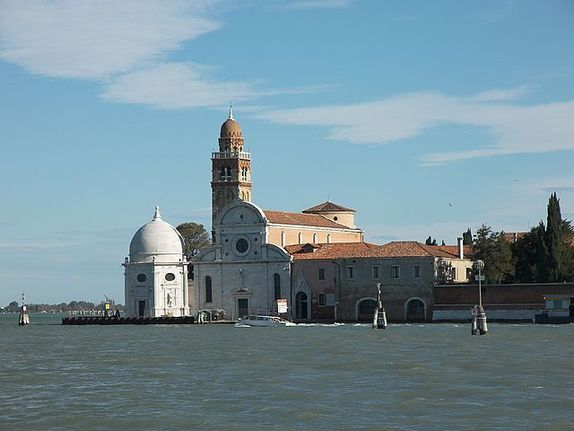 Glasstress -- Everyone knows to go over to Murano for some glass art, but I feel like the real treat is the Glasstress gallery.  It's all the way at the end of the island away from where you'd arrive on ferry.  Which isn't that far, considering the island is tiny.  All the other places on the island just seem like touristy spots.  Glasstress is probably one of few spots where you have to pay to get in (I think it was 5-10 Euro) and it was totally worth it.  It will make you really appreciate glass art if you hadn't already before.

Note: I don't know when you're going, but Glasstress only happens certain years (it appears to have opened every other year) during certain months, so be sure to check their website! 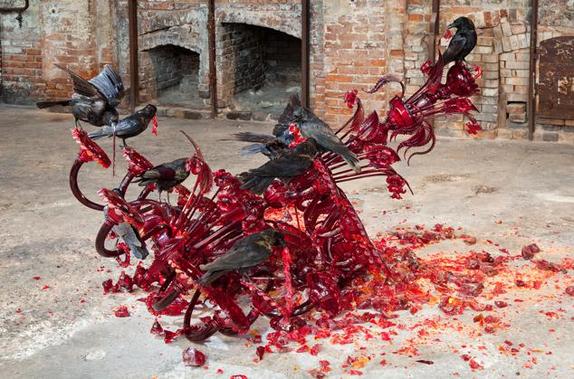 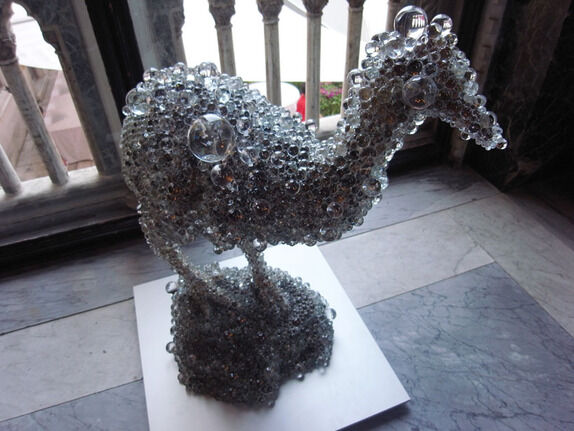 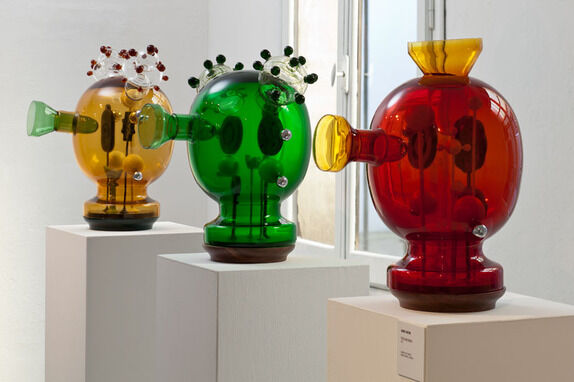 Osteria al Diavolo e l'Acquasanta -- probably my favorite meal in Italy so far!  My friends and I very randomly stumbled upon this place.  It was off of the tourist grid, tucked away in a little alley.  It was full of locals and full of Japanese tourists, so much so that they actually had a Japanese menu on display.  Not to be making blanket comments about cultures, but my Japanophile friend pointed out that this was a good thing because this probably meant that it was written about in a Japanese guide of Venice.  He said that they're a culture known to have pretty refined tastes, so we decided to gave it a try.

Out of all the places we had been in Venice, this was the only restaurant, and place, in fact, where we actually needed to wait in line -- 2 hours, be exact.  And it was worth it.  Great spritzes, squid ink pasta, spaghetti and meatballs, wine... yum :) 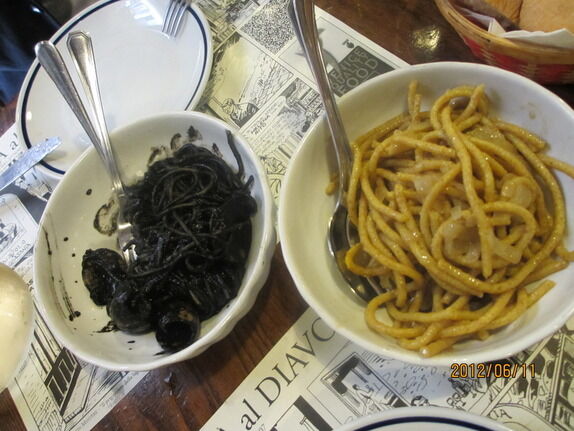 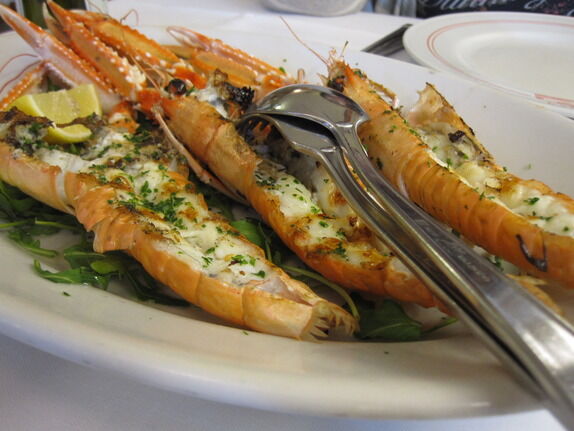 And I've never been, but Elena F. suggested visiting the women's prison at La Giudecca in a similar question.  That entire area is now on my bucket list.

I hope you have a good time!

Linda
Thank you, Debbie! I appreciate your input and will definitely put these things on my list to research.

answered by
Taylor from New Orleans

While in Venice I really enjoyed taking a day trip to the outer islands of Burano and Murano Island. Many people overlook a visit to these islands, especially Burano. But Burano is simply amazing! The colorful houses are beautiful, it is so nice to take a walk all over the island and watch the traditional lace making. I've written a post about my day trip there on my blog at http://thesportysightseer.com/2012/07/02/murano-burano-and-another-italia-game/

Hope you enjoy your time there!

answered by
greg from Manhattan Beach

We were referred to this small local restaurant from our concierge at the Aman.  As promised, Ristorante Al Paradiso was excellent.  Simple and fresh food delivered with family hospitality.  Giordano, the owner, is a gentleman.  Definitely get the fresh pasta al vongole and the tiramisu.  Amazing!!

I did the walking ghost tour one evening and really enjoyed it.

The not so famous Palazzo Contarini del Bovolo close to Rialto Bridge is amazing !!!!