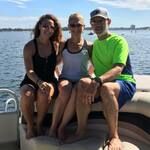 Places and sites to see in both cities last week of March 2018.  Will drive between the two.  Fly in and out of  Vancouver.  We have 7 days and there are three adults.  We like to hike and do lots of site seeing as two are huge photographers.

answered first by
Brahim from Marrakech

There is a lot to see in both Vancouver and Whistler and the list could be unreleased especially late March,

In Vancouver you could visit the Granville Islandmarket, Vancouver Chinatown, Stanley Park, English Bay, Capilano Suspension Bridgeand there are also a lot of parks such as Queen Elizabeth Park,

If you have extra time you could take a trip to Victoria the capital city of B.C.

Whistler of course the drive is just amazing , sea to sky highway is so beautiful and you could stop alone the way in Squamish to visit Shannon Falls.

Hiking you can challenge your self and do the Grouse GrindMountain bike or even hike the  in Squamish.

answered by
S. from Vancouver

March isn't the rainiest month in Vancouver, but it rains more days in March than in any other. Average high temperature is 10C. Predictions are for a colder, snowier winter in the lower mainland this year. Be prepared.

There is an area called the Sunshine Coast - so-called because, being in a rain shadow, it has drier weather than Vancouver, though it will probably still rain most days. It's a pretty cool place to visit, and it's at low elevation so will be warmer than Whistler, plus more affordable and, frankly, welcoming. Lots of hikes. Search Sechelt and Gibsons for information.

The Grouse Grind won't be open in late March. Some would hike it anyway, but it's not actually safe to do so.

Squamish - a sea-level town halfway between Vancouver and Whistler. There are popular places to view and photograph bald eagles. And brewpubs.

Lynn Canyon has a suspension bridge similar to Capilano Suspension Bridge but it's a public park with no admission fee and is a gateway to short all-season hikes.