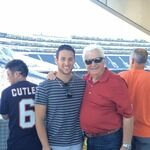 Best Places to See in Uruguay or Argentina.

I am traveling to Buenos Aires with the intent on going to Punta Del Este. I have a few days planned in Buenos Aires and Punta Del Este but have a gap of 5 days in the middle. Any recommendations on where to go? I am 25 years old and a big beach and party person. That being said,  always open to try something different. Thanks for the help!!

answered by
Julia from Brooklyn

You might consider stopping in Montevideo on your way to Punta del Este, or as Damian suggested, the other beaches in the area. Montevideo has the advantage of being a more bustling capital city, so there's definitely a nightlife scene. Colonia del Sacramento is a nice, charming stopover for a couple hours. I wouldn't stay more than 1 night/2 days, and there's not much nightlife that I know if, but it is on the way. I don't know how long you have planned to stay in Buenos Aires but there is a ton of nightlife, and it's just one of the best cities in the world (full disclosure: I lived there for 2.5 years so I'm biased). It's well worth a 5-7 day stay.

answered first by
Damian from Rosario

To visit beaches, the most recommended is the month of January!
In Uruguay, if you want beautiful beaches and people see more top Punta del Este, other locations may be Punta del Diablo (It is more relaxed) and La Paloma.

In Argentina you can go to Pinamar, Villa Gesell or Mar Del Plata.

These are the best places where you're going to enjoy, especially pretty girls!

Both are amazing countries, Alex!!!