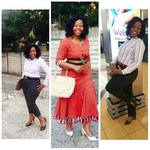 States on the route from New York to San Francisco

Want to travel on road from New York to San Francisco, which states are on the route

It depends on the route you take, but here's one example:

Namhla
Thanks, is there no route that will get us to Las Vegas as well? Also, since we dont have American driver's license, we have to use public transport, is that possible? Which route has more tourist attraction for us to enjoy?

John
If you want to go through Las Vegas, I would probably follow this route: https://www.trippy.com/drive/New-York-City-to-Los-Angeles/map

John
Basically, switch to I-70 and go through Denver and down through Vegas to LA, then do the final leg from LA to SF.

John
However, if you're not driving, this whole trip could be more complicated. The U.S. is a big place, and a cross-country trip takes quite a while. If you're visiting from another country, what many people do is actually fly into the East Coast first, see New York and maybe other sites like Boston or Washington, DC. Then take a 5-6 hour flight from NYC to LAX and explore the West Coast, doing a side trip to Vegas and seeing LA and SF. Without a rental car, it's going to be a lot harder to visit a lot of cities. There isn't as much public transportation in the U.S. like there is in Europe and other places. It's technically doable, but most people tend to do flights, even for a shorter distance from LA to SF.

Namhla
Thank you so much