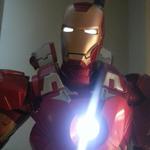 Need advice regarding driving to Scotland from London

Do you recommend to rent a vehicle in London and drive up north to Scotland or it is better to utilize public transportation? (consider time, expenditures, hidden gems not available) Thanks!

answered by
Rory from Taupo

You've got lots of options. You can drive up (takes about 7 hours London - Edinburgh if you don't stop), take the train from London King's Cross Railway Station (KGX), or fly from any of the London airports.

Flying is pretty cheap, especially if you choose one of the low cost carriers like Easyjet. Train is also cheap if you book in advance and get a discounted fare.

As the train goes from Central London direct to Central Edinburgh or Glasgow, I often prefer it to flying as it gets you where you want to go in about the same time (if you include getting to and from the airports, checkin etc). The train can take you to many of the great places to visit in Scotland too, so not a bad option. But if you want to see everything, then driving would be best.

There is also a coach option, but don't do that unless you're desperate. It takes forever.

I did that just 2 months ago. We took the train from Edinburgh to London and back. Roughly 4.5 to 5 hrs. Beats the hell out of driving, grab some food and drink at the station, relax, enjoy the scenery, take a nap and you are there. It was cheaper than flying.

answered by
Paul from North Carolina

England and especially Scotland are beautiful to drive. The driving on the right side is not bad in small doses but from London to Edinburghwould be tough.  The train to Edinburgh is beautiful and quite peaceful.  You would arrive at Edinburgh Waverley Railway Station (EDB).  The best at this point is to get a bus to the Edinburgh Airport.  You can go there and get a rental car which you should arrange from the US.  My wife and I did this and loved it.  We flew another time into Glasgow, took the train to Inverness and got a rental car there.

answered by
Desiree from Kaohsiung

I've made the trip from Dundee to London 3 times and all were via train. Once the train was even running a special discount for 25GBP first-class single but other times it was around 50GBP single for coach. All times, however, it was both significantly cheaper and more enjoyable than driving.

That is not to say that driving in the UK is not enjoyable. I rented a car in Scotland and drove around Speyside, hitting a bunch of distilleries, and it was very enjoyable. But, long distance, my recommendation would be to go via train.

Luis
Yes. We are considering a transportation mix, drive/train/barge (considering crossing into Ireland). Thanks for the tip ;)

David
As a matter of fact a large part of the drive up to Edinburgh would be on the M1 motorway. There are no roundabouts on it, no crossings and you can drive considerably faster on it than on most roads in the US. It is a 'freeway' as far as you're concerned.

answered first by
aastha from Jaipur

Hey... I have travelled from London to Scotland through train... It was very easy... The scenery was breath taking.... I travelled from london to Glasgow to Inverness to Edinburgh and back to london.... One of the most beautiful scenery I have ever seen....

Luis
We might use the train while in Scotland, then...

Time to drive will be about 3 hours or so longer than train (just under 5 hours depending on train). Driving will probably also be more expensve just on petrol (gas) alone than a return train ticket, if train booked in advance. (Have a look at www.redspottedhanky.com for train bookings). Flights quicker again e.g. from Luton airport Easyjet (www.easyjet.com) fly to Glasgow airport, about 1 hour, but probably more expensive than train depending on offers / how far in advance you book

top answer by
Matthew from Prescott

I would recommend without a second thought to take the train up to Scotland from London. If you want to rent a car and search out hidden gems, castles, lochs and breathtaking scenery use Scotland as your starting point. Edinburgh is a good starting point, but Inverness is even better still. I highly recommend going up into the Highlands and The Isle of Skye.

I really enjoy traveling in England and there is something to see around almost every corner, but if you want to see something more unique, explore Scotland.

If you are absolutely set on driving up to Scotland from London, get your car from the northern region of the city so you can avoid London driving as much as possible. Also opt for the GPS, it is worth every penny.

Luis
Thanks, we've just added Inverness and The isle of Skye to our trip.

Klaudia
I agree....l we opted to drive which was a mistake you see very little as you drive the freeways and takes a lot longer. Much better to catch a train and then rent a car up there to see the sites . Unless you are planning to make lots of stop overs on the way.

answered by
Scott from London

Flying to Scotland would probably be the best option. You don't say where in Scotland you would like to visit, but you could fly to Glasgow or Edinburgh in about an hour. You could always hire a care when you are up in Scotland if you need one.

It's a long drive to Scotland, mostly on a busy motorway. But your own car once you get up north will be wonderful. You could always take the train some way and then hire?

Driving from London to Scotland is not too far, but, sometimes flights are cheaper and faster too. You may want to fly down to Edinburgh and then take day trips from there. This is how I did it. There is a lot to see in Scotland. One can spend minimum one week there.

Renting a car is an awesome way to watch the awesomes landscapes that you have in the road. I specially recommend driving through the Peak District National Park.