safe and sound at Turkey ??

I would like to know about your lately experiences traveling around Turkey (Cappadocia- pamukkale-  Istambul).

We haven't traveled around Turkey but recently spent four days in Istanbul and loved it. That was barely enough time to scratch the surface. We'll definitely return, and plan to do some touring as well.

Taxis can be a rip-off in Istanbul. What should be a 5 minute cab ride can become an expensive 30 minute ride as the cabbie runs up the meter knowing you are a tourist. The Istanbul trams are great so familiarize yourself with them before you go.

We rented this apartment and loved it http://www.cast-istanbul.com/apartments/2-blue-pearl.html

We wanted to be close to the airport for an early morning flight so we moved to an airport hotel the last night. Our choice was the Renaissance Polat Istanbul Hotel and that turned out to be great pick. The hotel restaurant and rooms were outstanding. The restaurant serves a kebab item which is like a mixed grill with several different meats. That was perhaps are best meal of our three week Europe trip. What a great hotel.

I travel to Turkey with two of my girfriends. We didn't encounter any problems. We visited Istambul, Efeso, Cappadocia and Pamukale, all is really beautiful and interesting with lots of history.

For a solo woman traveler my advise will be not to be out at night on your own and try to take day tours to visit the sites. If you are traveling alone stay in a hostel try to meet other travelers and explore the city together.

answered by
Ashraf
I advise you to visit only Istanbul (more than great) and don't expect a lot when it comes to the other Turkish cities (kind of average). regarding Cappadocia, it's amazing and the hot-air balloons are more than charming, even the hotels' rooms that are carved inside the mountains (cave hotels and cave houses) are cosy and I am sure that you'll never regret the whole experience whether in Istanbul or in Cappadocia. 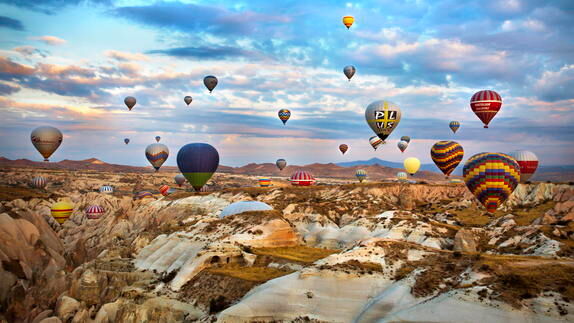 At sunrise, a beautiful sight of hot air balloons rising into the skies fills the horizon view over Cappadocia.Thanks to the shapes of the rock formations, wind conditions provide the perfect setting for a gentle cruise to see the lunar landscape from a different angle.

Now the most popular activity to do in Cappadocia, visitors indulge in an all-you-can-eat, buffet style breakfast before climbing into sturdy baskets holding 6 to 20 people. Professional hot air pilots ascend slowly to treat their passengers to a panoramic view of the sun rising from behind the Erciyes mountain range. The ride lasts roughly an hour before passengers descend to sip on champagne and photo shoots of their memorable morning.

After the ride, well-known landmarks often feature on most people’s sightseeing agendas. Stretching across the vast Cappadocia region, hundreds of underground cities sit quietly beneath the rocky landscape. Exciting historians and prompting conspiracy theories of alien construction, the cities are an intense network of rooms and tunnels used to accommodate thousands of people for many months.

The most famous and mysterious, Derinkuyu extends 60 meters underground. Mainly used during theByzantine period as protection against invading Muslim Arabs, the stables, churches, schools, sleeping quarters, kitchens and equipment such as wine presses, water wells, and airshafts, prove the ability of humankind to survive when under threat.

While You Are İn Istanbul ; Don’t miss 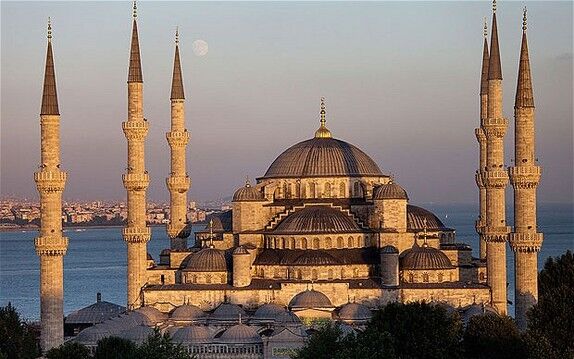 The Asian side, which has many worthwhile places to see, including the beautiful summer home of the sultans, Beylerbeyi Palace, and the charming little village of Kuzguncuk, nearby; Kadikoy and its teeming markets; Bagdat Caddesi, Turkey’s Fifth Avenue, and Camlica Hill, which has incomparable views of the Bosphorus.

Don’t bother
Staying in Sultanahmet. Istanbul’s Old City, Sultanahmet, is no doubt beautiful, but it’s also very touristic and you miss out on the real day-to-day life of Istanbul if you stay there. It’s better to base yourself on the European side, where the hotels and restaurants are better. (Though it’s a bit confusing, both the Old City and the European side are in Europe, but the European side is called that because the embassies to the Ottoman Empire are located there.)

Hidden gem
The Duran Art and Culture House, located within Istanbul University, was donated to the university by the painter Feyhaman Duran and his wife, Güzin, in 1969, and has been serving as a museum since 2001. Only five people at a time are permitted inside the house, which allows for an intimate look into the life and work of the man best known for his portraits of Atatürk (the Republic of Turkey’s beloved first president). The university, which is located next to the Grand Bazaar and dates to the fifteenth century, is a destination in its own right.

Cheap thrill
I love Istanbul’s parks, which are largely overlooked by visitors. My two favorites: 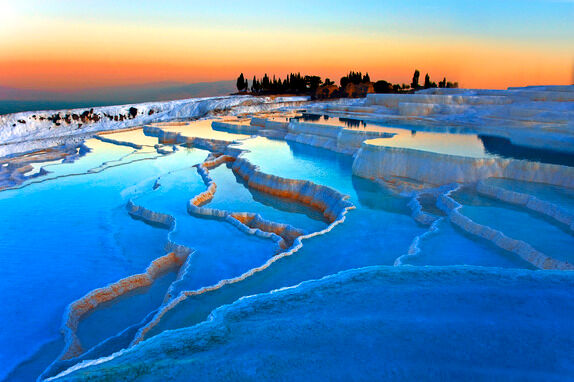 is famous for its beautiful white travertine terraces and antique city of Hierapolis. Also with its thermal water springs, Pamukkale and Karahayit are two important health tourism centers. https://www.adavegastravel.com/tour-category/turkey-package-tours/