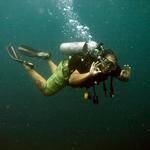 Travelers acting inappropriately. What have you done that you regret?

No one likes "that" traveler. You know, the one that doesn't ask the locals permission before taking their picture or the one that is loud and disrespectful in temples. We've all been that person. What have you done that made you that "traveler"?

top answer by
Chieko from Tokyo

I often forget about tip. Because I have no habit of tip because there is no such thing where I born and grew up. And it sometimes really disappoint me.

After a few minutes later I left some places, I often think "Gosh, I did it, again! She/He was so nice to me and I wanted to express how I was happy about it but I missed the chance, again!Damn!!"

I would like to think that I respect local cultures and values when I travel. However, my award for the biggest travel twat goes to an American man on the train from Machu Pichu, Peru, a couple of years ago, boasting loudly that every time he visits a sacred monument, he chisels a bit of stone off or carves his initials into it. He has defaced sites in South America, Europe and Asia in this way, according to him.

answered by
Lindsey from Texas

My first international travel experience was as a high schooler in Israel. On the first day, pretty much the second we stepped off the bus, we were confronted by some kids who appeared to be about my age, speaking Hebrew and apparently trying to sell us something (nothing scam-y, I think they were just trying to raise money for a cause). I knew no Hebrew, made some exaggerated apologetic gestures, and was like, "Um, sorry, I don't speak Hebrew..." And they looked a little offended and responded, "Oh, we speak English..."

It was my first example of how seemingly everyone else in the world speaks at least two languages, and I felt like an uncultured moron -_-.

And this one wasn't me, but I was also watching the New Years fireworks going off over the Brandenburg Gate, surrounded by people from all over the world, and some drunk American near me starts yelling, "Yeah, you guys better be grateful to AMERICA for beating Hitler in World War 2! You'd ALL be speaking German now if it wasn't for us! YEAH!" In retrospect, he was close enough for me to have spoken with him, and I wish I would have tried to calm him down, or at the very least apologize to everyone in my vicinity and explain that we're not all like that.

About ten years ago, I was at the end of a month long trip through Italy, Greece and was finishing up three days in Istanbul before heading home.  I was tired, grumpy and didn't have any Lira.  I was at an ATM in the airport that wasn't behaving. My cousin, John, was standing next to me and was keeping his distance, as he knew I was in a bad mood.  Well, with the ATM not working like I thought it should, I kicked the machine, slumped down, threw my hands in the air and yelled, "What's the exchange rate!!!"  Everyone in the immediate area got really quiet, stared at me and there was about 10-15 seconds of really uncomfortable silence.  A lesson learned to keep my cool.  There were probably a lot of conversations that night about a crazy tourist at the airport.

There have been times when I've got very tetchy at airports because of the usual round of issues (especially those that arise because of lack of communication, but we won't go there) but I think the most uptight I've ever been was at the Sistine Chapel and Notre-Dame de Paris and that was down to the behaviour of other visitors. I was at the Sistine Chapel before it was restored - the lights were kept low and signs everywhere asked people to be quiet to try to preserve what was there. I don't think I've been anywhere so noisy and flashes were popping off everywhere. I was outraged that we were in the presence of something so amazing and no-one seemed to have any respect for it at all. In Notre Dame, I was there for a Sunday mass with full choir and orchestra. It was extraordinary - but I got enormously peeved at the hordes of tourists actually yelling out to their friends and being incredibly pushy with cameras. I wanted to tell the lot of them off.