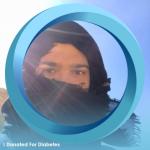 So i am thinking about traveling to japan along with my sister during June and i was wonder if it is a good idea planning to stay there for a couple of weeks . Also since money could be a very big restriction how much should i expect to spend on a daily basis (staying in a hostel or capsules is not an option). and what tips do u have for traveling there. thanks in advance

answered by
Mark
i lived in Japan two years and have oftened travelled back for fun.

answered by
Lorraine
Obtain a JR pass before you go- cheaper and more convenient. Not all Tokyo trains are JR, but you can get day passes if using other lines.On a budget, you can see and do a lot cheaply in Tokyo.  b&b bookings for accommodation worked for us- cheaper than hotels with cooking and laundry facilities. Food can be cheap-7-Eleven and Lawsons stores have a great range of cheap, fresh food including bento boxes. The depachika-food halls in basement of department stores, have lots of free samples and you can have a full meal just by sampling.Look at vending machines-amazing range of foods. Ichiran Ramen and Standing Sushi Bar can be found in a lot of places-cheap and filling.
Shibuya-Outside station statue of Hachiko-dog who waited for his master-famous. Shibuya crossing-best known in world. Kyu Asakura House-an old Japanese house at Daikonyama near Shibuya is interesting. 500Y admission 10-6pm. Shinjuku-huge shopping mall under station worth seeing. The Tokyo metropolitan Government builing has a free observation deck for views over Tokyo. Take west exit out of station. Harajuku-Takashita street has trendy shopping and style dressing. Can be very crowded but that's half the fun! Yoyogi Park accessible from Harajuku or Yoyogi stations-54 hectares-lots of street performers great for picnic. Sundays the rockabilly dancers usually found there. Akihabara-electronics area-lots of anime and manga. Go to a maid cafe there-Maidreamin and Gundam Cafe. Can watch sumos train for free in Arisabeya-there is a large window to watch through from 7.30-10am. Also a free sumo museum in Ryogoku. Sensoji temple at Asakusa a must see. Jimbocho has 170 bookstores, many sell English books. In Nihonbashi is free Tokyo Kite Museum-not open Sunday. The Ameya-Yokocho open air market runs between Ueno and Okachimachi stations-great to visit-cheap food and bargains to buy. I'd suggest a free walking tour-Tokyo Free Walking Tour does one into Imperial Palace grounds which not generally public accessible. Tokyo SGG Club tours also run free tour as do Tokyo Localised. Usually about 2 hours. Try to get out of Tokyo to Kamakura for a day trip-JR pass will cover-some wonderful temples and lots of quirky little food outlets, and make sure to see the Great Buddha.Japan can be done cheaply and enjoyably-have a great time.

answered first by
Mayumi from Tokyo
Yes, for most people Japan does tend to be more expensive to travel. I don't know what your budget is, but if you're there for a couple weeks and traveling outside Tokyo, you probably want to get a JR (Japan Rail) pass. It's expensive, but definitely cheaper than buying individual tickets on the train. Otherwise, take the buses wherever you can, they are much cheaper but slower.
Food isn't too crazy if you look carefully, you can find lots of great ramen places, or go to the convenience stores. Plan a special meal at a nice sushi restaurant (or just stick to conveyor belt sushi), but otherwise budget your food costs to save money. You can do lots of cheap sightseeing, so save money there.
If you're not staying in a hostel or capsule hotel, the best thing is to use miles or points if you have them. If you spend time looking, you can hopefully find the best value for your points. Otherwise you could try couchsurfing. If you have to pay more for accommodations, you should probably skip the train pass and just do more bus travel and local exploring.
I think most people would budget at least $100-200 USD per day to travel in Japan. You could probably get by on $50/day if you're really good at budgeting (a minimum of 6,000 yen). It's going to be tough without staying in a hostel at all. Hopefully you can spend at least $100/day, that will give you more options.