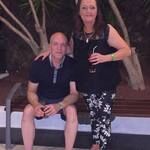 I am staying on 9th Avenue with my 18 year old daughter for 4 nights in November.  This is our first trip to New York.  We will be there for Thanksgiving.  Any suggestions of where to eat on Thanksgiving.  Budget is $$.  Also recommendations on best place to see the Macy's parade and any other attractions that are a must.  Thanks for reading.

The best place to see Macy's Thanksgiving Day Parade is either in front of Macy's Herald Square on 34th Street or middle of the parade route between 42nd Street and 59th Street. And there are tons of inexpensive eatery like deli and pizzeria that are walking distance from Times Square in either directions.

The night before you can watch the balloons being blown up

Where: Upper West Side, runs along W. 77th and W. 81st streets, between Central Park West and Columbus Avenue (on the grounds of the American Museum of Natural History)

Get a sneak peek at the stars of the Macy's Thanksgiving Day Parade—those giant helium balloons, depicting a bevy of pop culture characters—as they spring to life on Manhattan's Upper West Side (the parade's starting point), on the eve of parade day.

This is a good link about the parade: https://www.tripsavvy.com/macys-thanksgiving-day-parade-1613652

But you need to make reservations in advance

Then places like Sant Ambroeus have a la carte

Get between 61st$77th st to view parade from 3-10pm night before the parade. Dress in layers. Bring snacks.Wheelchair if you can find one. Push child in it with blanket. Arrive early that is where balloons are blown up. Check @Macys on Twitter for details. Call 212-494-4495 for parade details.

Arrive early for table on 2nd floor overlooking 7th Ave. Then keep buying and leave big tip. Order off the kids menu one person at a time.

answered by
Eddie from Bronx

You can take a free Staten Island Ferry ride to get a great look the NYC skyline and Statue of Liberty. Enjoy your stay.