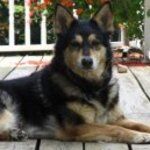 Seems silly to be asking, but are there midges in The Cotswolds? I'm heading there and want to be prepared if there are.

There are midges (tiny) and gnats (a bit bigger, but not mosquito-sized) throughout the United Kingdom. However, neither of them appear in such large numbers nor cause anywhere near the irritation that the 'midgies' in parts of rural Scotland and Wales sometimes can.

Whether you'll encounter midges or gnats in the Cotswold District depends on a number of factors: when you visit (they are not a year-round thing),  where you are (you won't find them in built-up areas except occasionally under garden trees), the time of day (they most commonly appear at dusk/twilight) and...most importantly....what the weather is like (wind, chilliness and rain keeps them away).Of course you are far, far more likely to encounter midges and gnats if you're camping than if you're staying in a hotel, b&b or hostel.

Scottish 'midgies' are a well-known problem simply because they often appear in large swarms and are thus hugely irritating, even if they don't bite you (they don't bite everyone). Their bites aren't in any way dangerous: they're just itchy.

Exactly the same applies to midges and gnats throughout the UK. They bite some people (like me!) and entirely ignore others. Their bites aren't dangerous either: they're just itchy.

If you intend to do lots of country walking and/or you're very attractive to biting insects and/or tend to get 'golfball' reactions (like me) it's sensible to have some anti-histamine cream or tablets to hand, just in case. But, unless you're camping out in a wooded, damp area, using insect-repellent, other than in midgie parts of Scotland at certain times of year, would be going way over the top.

Elizabeth
Thank you, that is a great detailed answer! I very much appreciate the time you took!!

Mary
You're more than welcome. Hope you enjoy your Cotswolds visit! :-)