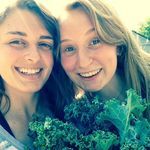 Spending the month of November working on Earthships in Taos, New Mexico. I'm 22, traveling alone. Trying to avoid tourist traps. What should I do in this area? What sort of weather should I be prepared for? Snow? Skiing in November? Trip to Santa Fe? Thanks for the help!

Taos is pretty safe, and there are some fun things to do there, albeit a little touristy. I'm not sure what you mean exactly by "tourist traps." I lived in Taos and Santa Fe, and the things that some people consider "touristy" are still pretty cool.

The Taos Pueblo is a UNESCO World Heritage Site, and totally cool. In November you won't really have an issue with other visitors.

The Taos Drum Factory Outlet (commonly called the Taos Drum Company) is *totally* awesome, and you can see how the old drums are made. It might be considered a little touristy though.

While you're there you should take a walk out to the Rio Grande Gorge Bridge. The view is stunning and you can often see rainbows as you look down into the canyon.

Snow doesn't usually start in Northern New Mexico til late November, but you should definitely be prepared anyway. It's not going to be like East Coast or Midwest snow. Snow in Northern New Mexico tends to melt or evaporate pretty regularly during the early bit of winter. There may not be enough snow for skiing yet. The last few seasons have started kind of late.

For clothing take layers. Some years have been unusually warm in November while others have been unusually cold. In the autumn there I usually wear my steel toe boots (might be wise if you're working on an Earthship), jeans, a t-shirt, and a carry a sweatshirt in addition to my jacket. During the day the jacket may not be needed, but it gets considerably colder at night. The air will be crisp and dry. Make sure to take sunscreen (yes, even in November), chapstick, and moisturizer.

I would suggest a trip to Santa Fe, but I'm partial. I think Santa Fe is amazing. :) If you have the time, check out the Jemez Falls in Jemez, New Mexico. It's a bit of a drive, but gorgeous, and worth it. The Hot Springs might still be active, and they feel soooooo good.

answered by
Don from Albuquerque

In New Mexico, its safe to say that there are few tourist traps. Maybe a bad restaurant here or there. If the tourists are flocking to it, check it out! You will find that Taos is an artists commune, spa, spiritual retreat, and bargain shopper’s paradise rolled into one with New Age disciples, pseudo hippies, communal artists, healers and adventurers all attracted to its rugged beauty. Santa Fe (New Mexico) on the other hand has a more mature, affluent feel with stunning Adobe architecture and picture-perfect settings. Here are a few more places worth exploring if you have time 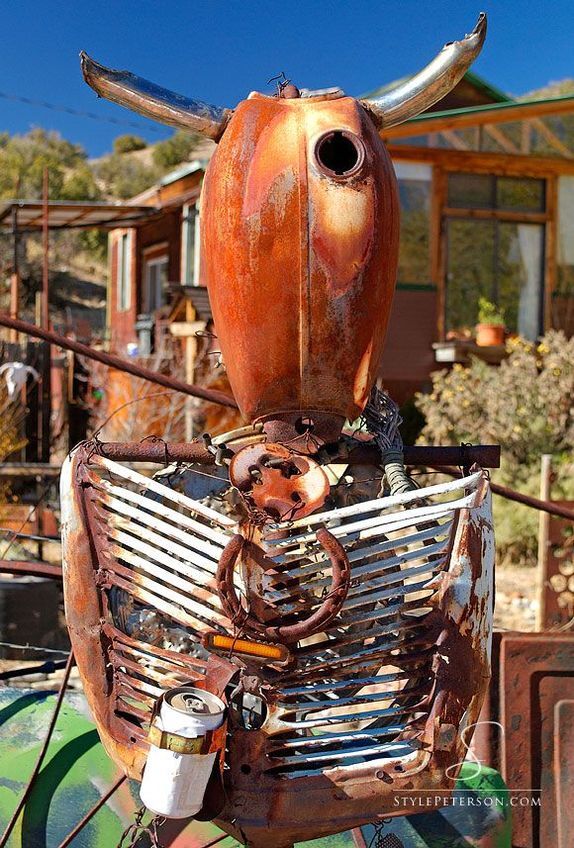 This is New Mexico's funky town, a resurrected former mining ghost town that is now an artists commune. This is where hippies never die, and looks like a strange mix of Appalachia and New Mexico. Quirky, odd, and loads of fun. A truly unique place. 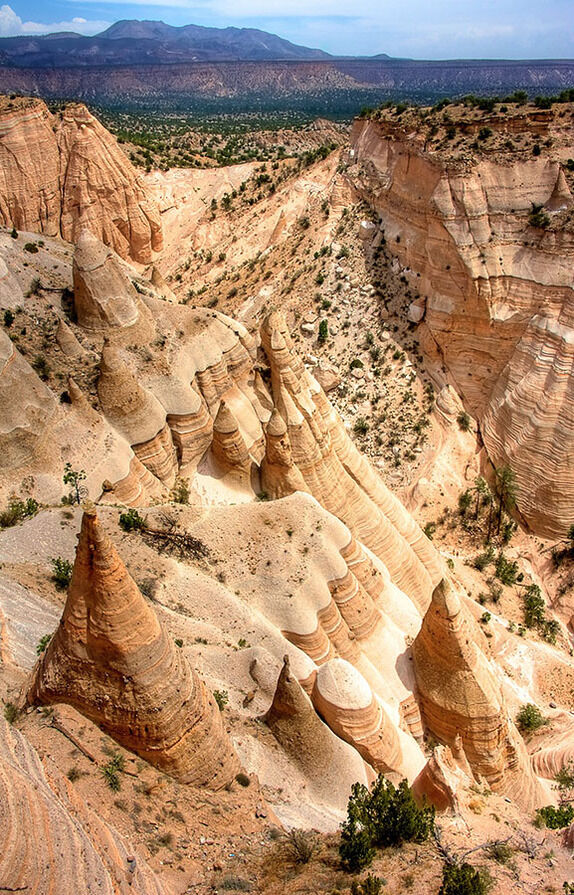 This is one of the most stunning natural attractions in all of New Mexico, and is less than a 20 minutes from Santa Fe. Arroyos, ancient cave dwellings, hoodoos, it has it all. Just be sure to wear good hiking boots - you won't go far in flip flops here. 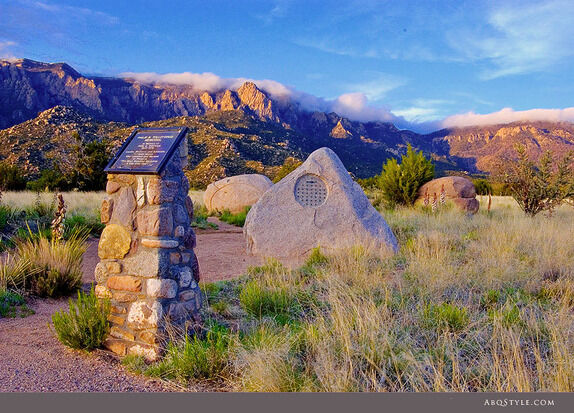 If you visit Albuquerque, the Elena Gallegos Picnic area affords stunning views of the best landscapes surrounding Albuquerque - Mt. Taylor to the west, the Jemez Mountains to the north and the vast Tijeras Arroyo to the south. There are well marked hiking trails and this is one of the best places to see the sunset in Albuquerque.

These are three personal favorites that won't cost any more than the gas spent to get there. Enjoy your visit!