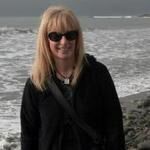 What is it like living in Tampa as a 40 something without children?  My husband and I eat organic and are wondering what the restaurant, grocery store and farmers market scene is like.  Are there parts of town that are more youthful?  We like to live close to a city and not the suburbs but we want a back yard for the dogs. We live in Minneapolis/St. Paul, which is very progressive.  Would two liberals fit into this part of Florida?

answered by
George from Tampa

Tampa is a great city and a wonderful place to live. And for that matter, so is Saint Petersburg (Florida), which is Tampa's St. Paul...or vice versa. As for being liberal or conservative, no one really cares. If you're political and want to be active locally, politics swing both ways in Tampa Bay. Obama won the area in the last two elections. Bush won the previous two. The city council and county commissioners are basically split. The Tampa Mayor, Bob Buckhorn, is a Democrat. Again, no one really cares. Tampa and St. Pete are both up and coming in the health and wellness area. Lots of local farmer's markets. Lots of farm to table restaurants. Lots of organic restaurants. If you want a city experience with a backyard ---- I would look at Seminole Heights, which is 3-5 minutes north of the city. Lots of cool old bungalows and eclectic shops/restaurants. The surrounding areas are not the best, but up and coming. Houses are anywhere from $150K-$500K. I would also look in Hyde Park, which also very close to downtown and has it's own set of eclectic shops and restaurants. More expensive though with houses from $500K - $2M+. Great neighborhood though with lots of charm. Palma Ceia is another great neighborhood, close to downtown in about the same price range as Hyde Park. Downtown Tampa is also growing with lots of condos. There are numerous parks and dog walks though, as well as the Tampa Riverwalk. Harbour Island is right off downtown and a great place to live as well. I live in the Channel District which is another nice section of downtown that is growing like crazy. Bill Gates is part of a group that is investing $7B over the next 7 years into The Channel District. As for restaurants, Tampa is loaded with them. I would say that Tampa would be the king of second tier cities as it relates to food. Probably can't compete with New York, San Francisco, etc. But if you're a foodie, Tampa has many options. Of course we have all of the health food options as well, with the likes of Whole Foods Market, Trader Joe's, The Fresh Market, Rollin Oats Market & Cafe and Publix Super Market GreenWise Market at Hyde Park. Within just a few miles of downtown there are multiple options for healthy food shopping. From a quality of life aspect, Tampa has all the big stuff too --- Tampa Bay Buccaneers, Tampa Bay Rays, Tampa Bay Lightning, minor league baseball, professional soccer, Indy Car racing, etc. etc. We have multiple theaters as well with the likes of David A. Straz, Jr. Center for the Performing Arts, Mahaffey Theater, etc. Basically, there is a whole heck of lot to do every week in Tampa -- both inside and out.

I haven't mentioned St. Pete yet either, which is probably a better downtown than Tampa -- but Tampa is catching up. Downtown St. Pete is a great place, tons to do, many restaurants, live music, museums and more. And some great neighborhoods within a bike ride.

Take it from someone who has live in Edina (Minnesota), there is no comparison. The Tampa Bay area ----- unless you are seriously into winter sports ----- is a great place to live.

answered by
jeff from Westerville

Absolutely, being 40's myself VERY much to do and see, city life is great,Ybor City, Busch Gardens Tampa, Sponge Docks, etc.. organic and healthy living is abundant, managed a nutrition store for more than 13 yrs. there in Carrollwood though would not recommend them as management has went down hill fast" MANY more to choose from along with farmers markets.

I think you could like it!  I haven't been in a couple of years, so things may have changed since then, but this is what I remember of it...

It's very chill and the weather's great the majority of the time.  Coming from San Francisco which is also very progressive and liberal, I do have to say that Tampa is a lot more conservative, but if you give it a chance and seek out the things and activities you like, you'll meet other like-minded folks.  I used to go to Tampa 2-4x a year for weeks at a time for several years and have met friends at yoga studios and cafes.

Coming from San Francisco, the food in Tampa isn't as good.  I ate out A LOT my first few times there, but later ended up just cooking at home most of the time.  They do have Whole Foods and in recent years, a Trader Joe's, and my favorite grocery store out there is Abby's Health & Nutrition, which is a privately grocery store with the best organic foods. Through one of my yoga friends, I found out about the Tampa Bay Veg Fest that happens annually in the fall in a park in Downtown Tampa.  It's a festival that showcases the local community of healthy lifestyle businesses, and vegetarian and vegan restaurants.

If you do want to go out to eat, South Howard Ave (aka SoHo), is a good street for that.  The very famous Bern's Steak House is there.  Fantastic steak and amazing wine cellar.  Plus a slew of other restaurants, bars, and cafes.  There's also a 24 hour local Mexican chain that I love called Taco Bus.  They have locations all over town (including downtown), but that Hillsborough one is the original and is an actual bus.  Their butternut squash tostado is amazing.

For a neighborhood to live in, consider Ybor City.  It's a historical part of town that's close to downtown, but has a very cute retail district of its own.  There are actual houses there instead of condominiums.  My favorite cafe to work out of (Tre Amici At the Bunker) and one of my favorite yoga studios in the city (Yoga Loft Tampa) are there. 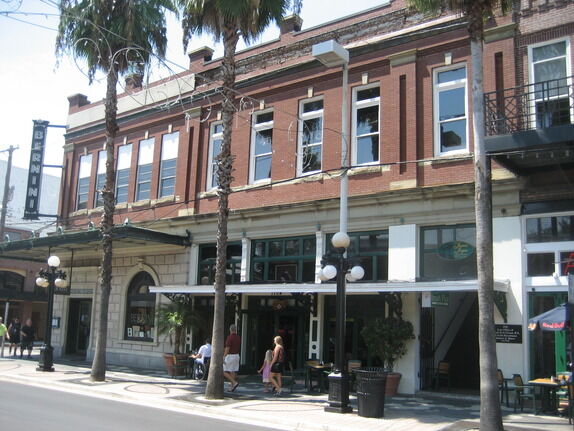 To seal the deal, pay a visit to Channelside Walk Way and go for a walk around the waterfront.  It's downtown and beautiful!

Tampa has many different area. You can live by a lake, inlet or beach and all in 10 minutes of each other. Traffic is not that bad. I own a limo company so on the road a lot. You going to love the weather. I recommend renting then find the exact place you want to live. Back yard homes are here you have to look. If you need any help let me know. I been here since 1996.