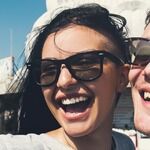 Weekend ideas for a first timer in Tampa

I’ll be in Tampa for a long weekend in the early summer and since I’ll be on my own, I’d like to go with a bit of an itinerary or at least a list of places to hit. I like yoga, outdoor activities (maybe a beach or two), and cafes with good coffee and preferably wifi. I also wouldn’t mind a bit of pampering if you happen to know a good place to have a massage or facial. I’ll have a car so I don’t need to worry about public transportation!

Hey Khanh, I used to spend quite a bit of time in Tampa, so I can give you a few suggestions to experience some Tampa flavor!

For yoga, my two favorites are Yoga Downtown Tampa, which, as you can imagine, is downtown :P  I went there when it first opened and they have grown considerably since.  The owner and also one of the teachers there, Francine, is fabulous!  So take a class with her if you can.  They have ashtanga classes, plus acrobatic yoga classes, and even yoga in the park on the weekends! 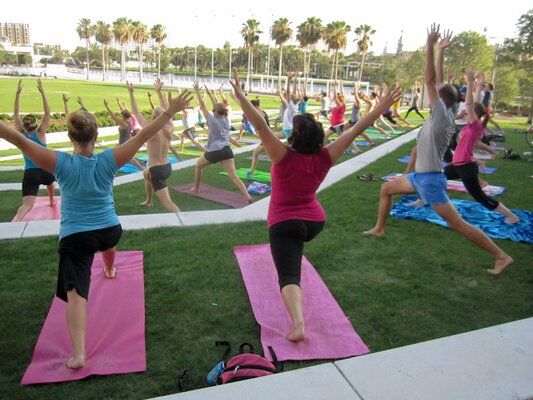 Another yoga studio that I really like is Yoga Loft Tampa.  This is another place that I went to shortly after they opened and the owner/one of the teachers Ashley is also awesome!

For outdoor activities, if you're into running, take a jog around Channelside near the Channelside Bay Plaza.  Best at sunrise or at dusk, otherwise it's really hot in the day time.  Gorgeous views of the channel and basin!

If you want to go kayaking, drive over to St. Petersburg, FL.  I rented a kayak from Sweetwater Kayaks.  You can go on a one hour kayak trip and they'll give you a map for a self-guided tour. 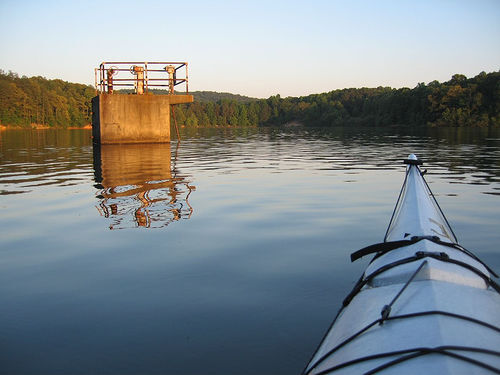 For beaches, you're going to have to get out of Tampa.  Tampa doesn't have any beaches since it's inland.  One of my favorites is Clearwater Beach.  Beautiful white sand! 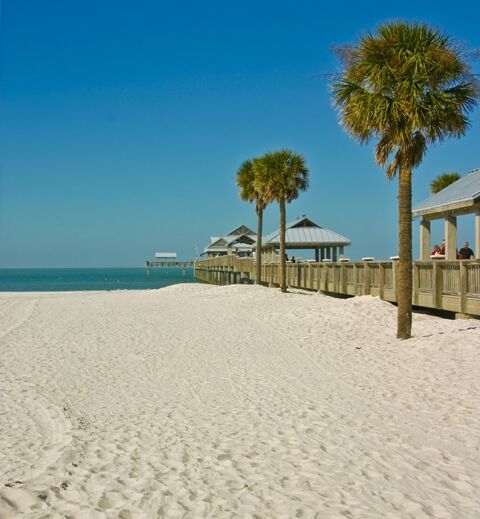 Another one of my favorites and a little less popular is Indian Rocks Beach.  Indian Rocks is more of a retirement town, so this beach is quieter and I consider it a hidden gem!  One of my favorite coffee shops is there -- Indian Shores Coffee Co.  The owner, Greg, is awesome, and it's super adorable that his kids occasionally work there and play music there on the weekends. 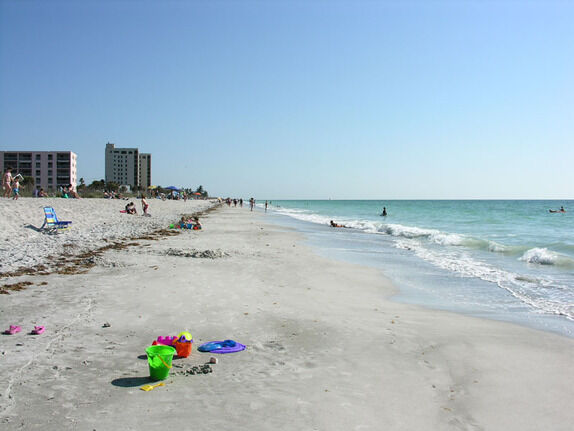 Another one of my favorites is Caddy's On The Beach!  It's in Treasure Island near St. Pete's.  It's a restaurant that I guess has their own private beach, which is pretty sizable, and you can order food there and eat it at the tables in the restaurant, or bring it out to the beach and nibble on snacks and sip on cocktails on lounge chairs and umbrellas that they set up for you.  It's pretty suh-weet! 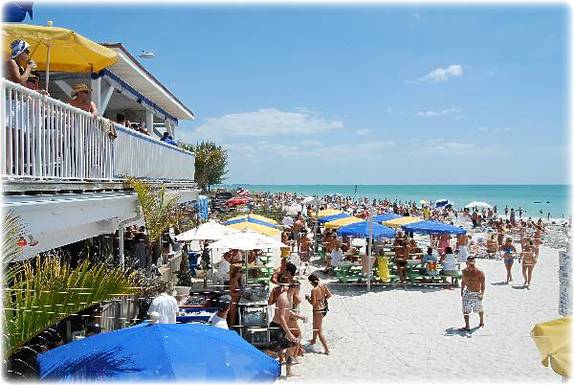 For cafes with good coffee and wifi, I really like Tre Amici @ The Bunker in Ybor City.  Great healthy'ish snacks, good coffee, awesome baristas and working wifi!  Plus, they have live music and wine happy hours on certain nights. 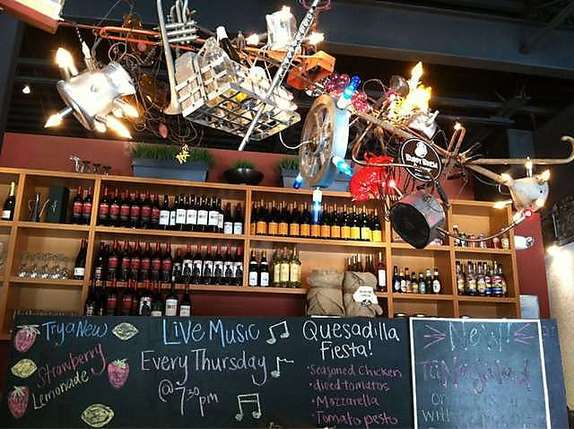 I don't know if you like tea at all, but I also really like Kaleisia Tea Lounge.  I think they do have one kind of coffee -- Vietnamese.  They're really good!  It's near the University, so you'll see a lot of college students here. 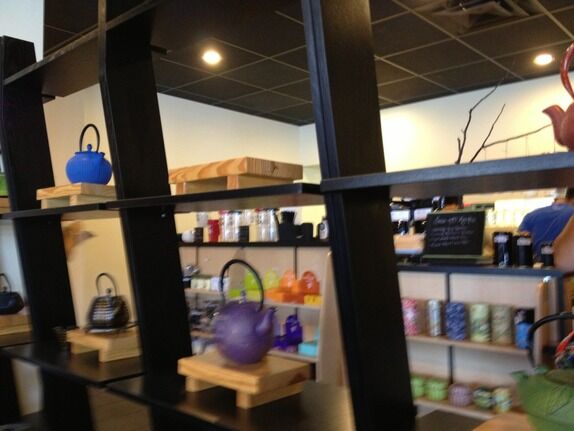 If you're looking for a late night place, I hear that Community Cafe in St. Pete's is pretty good.  Back in the day, I used to go to a place called Globe Coffee Lounge, which has since closed, but to fill the void for wifi and coffee past midnight, Community Cafe opened.

For a spa, check out Spa Sundara.  They offer great massages and facials.  You'll leave blissed out. 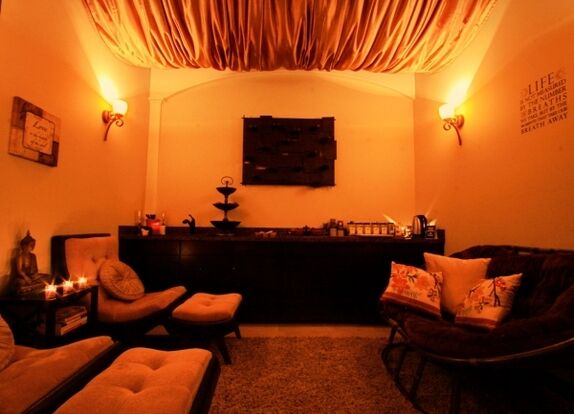 Katie
Thank you Debbie! I sure hope I can fit all of these into one weekend because they sound fun!

Debbie
My pleasure! I think you could do all of these in a regular weekend if you hustle, and you can definitely fit it all in during a long weekend ;) Let us know what you hit up!

Hi, My husband does all the travel research and he is the one who has been in touch with you, but he has asked me to attempt an answer to your questions, so here goes...

Since I suspect you are quite a lot younger than we are, I am going to suggest Clearwater Beach, just a 25 minute drive west from Tampa International Airport.  It is the beach with the "action"...........tons of hotels, restaurants, activities and a beautiful beach.  There are any number of cafes with wifi.....several Starbucks and Paneras too.

As for pampering, Safety Harbor Resort and Spa is wonderful....a full menu of all kinds of massages, facials, etc., yoga as well and a nice restaurant.  Safety Harbor is also a pleasant town with a number of interesting shops.  It is quite close to Clearwater Beach.

Since you are in the travel business, I know you have access to information about these places, so I won't put in phone numbers.

Now, should you want a quiet beach, do let me know and I'll revise this answer.

Please let me know if I can help you any further...happy to do so.

Katie
Ooooh, thank you so much to the both of you! I really appreciate all of these suggestions! :)

answered by
Randy from Tampa
Hi Khanh - I live in Tampa and can give you several recommendations, if you haven't already traveled. 1. Take a walk along the Tampa Riverwalk.  Its a 2-mile pedestrian/bike trail along the downtown waterfront.  Parts of it is under construction, so its not yet fully continuous, but the southern end is really nice.  Make sure you walk across the bridge to Harbor Island for some added waterfront walking.  There are some bars/restaurants the have great waterfront views, like Sail Pavilion and Jacksons Bistro. 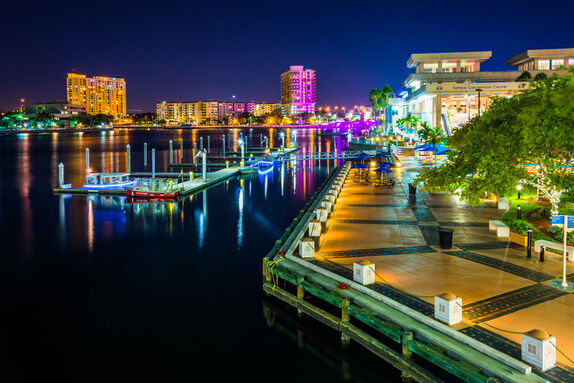 2 For some bar night life, go to Howard Avenue.  There are several bars and restaurants lining the street, almost too many to mention here. 3 Head to Beach Drive in Downtown St Petersburg for a fun evening.  Wide sidewalks, restaurants and retail stores line the street.  Beautiful setting.  You may want to try dinner outside at Tryst Gastro Lounge then head up to the roof top bar at The Birchwood Inn.
4 My favorite beach is Saint Pete Beach beach.  The express goes almost all the way to the beach, so getting there is really easy.  Fun places on the beach include Harry's Beach Bar at the Sirata Beach Resort and the Postcard Inn.  Postcard Inn gets really active on a Sunday afternoon, so if you're traveling alone, you'll have some great people watching and probably meet some fun people. 5 If you're on the beach, make sure you stay for the sunset.  They're pretty incredible here. 6 For some good cafes, just ask around when you get into town.  Tampa has a very strong Cuban culture, so you'll be able to find some places that make a real authentic cup of Cuban coffee.  Most of these places are in West Tampa and Ybor City. Hope your stay in Tampa is fun.

Debbie
Wow, awesome recommendations, Randy! I can;t wait to check out those places in St. Pete for myself!

Katie
Thank you so much for all of these tips, Randy!

answered by
George from Tampa

A lot of this depends on where you're staying. But if you're staying around downtown or South Tampa, I would try the following. I would take a walk down Bayshore Blvd. For the cafe, I would check out Oxford Exchange, it's a cool coffee shop, restaurant, book shop. Right across the street from University of Tampa on Kennedy Blvd. Not far from Bayshore Blvd either. They close at 4PM, so it's a daytime thing. For yoga, Yogani is good. Not far from Bayshore or Oxford either. Amy's Day Spa is good for massage and facial. A few blocks off Bayshore Blvd as well. As for the beach, I would hit Saint Pete Beach -- great beaches and a few cool places to hang out. Try Postcard Inn. The beach is probably 35-40 minutes from downtown Tampa. Easy drive if not in rush hour.

answered by
raymundo from Jacksonville

My favorite place to eat breakfast is La Teresita and for dinner El Perdigon (Venezuelan Food).