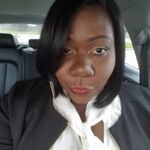 8 hour layover in Taipei...What can/should I do?

I everyone! I have an 8 hour layover in Taipei coming up in roughly 2 weeks, and I'm wondering what could I fit into this time. I've done a little bit of research and I have some ideas (e.g. get some shaved ice, go to Din Tai Fung, Taipei 101); but I'm not sure what else to do.

I'll be arriving in the middle of day shortly after the last free tour leaves, so that's out. I will be traveling alone and plan to be out and out about between 3:00 pm - 7:00 pm.

Thanks in advance for your help!

answered first by
Matt from Wilmington

I think Taipei City 101 is a great idea for that short amount of time. The cab ride from the airport will be about 30 minutes. The ride to the top of the building is worth it and the view is spectacular. Din Tai Fung is at the base and you won't be able to find another one in the States unless you are in Seattle or Los Angeles Best xiao long bao!

answered by
Joan
Are you into Chinese culture/architecture/religion?  Longshan Temple  of Manka is a Buddhist temple in Wanhua District, Taipei City, Taiwan.  Take the new Taipei station when you arrive to TPE and the MRT will get you in downtown within 35min arriving to Taipei Train Station.   From there, you have access to all the MRT stops as Taipei Train Station to anywhere you wish to go in Taipei.   Lungshan Temple is the blue line and get off at Lungshan Temple Station.   In that area you will also find lots of eateries, a night market (which food stalls are open during the day as well).
You can also visit the area called Beitou District (Take red line and get off in Beitou) which is famous for hot spring, further down on the same red line and get off at Tamsui District, will get you to the Fisherman's Wharf .  Lots of café, artist, food stalls, etc...

Seconding the Taipei 101. Once you're done with that, head over to a night market for dinner before heading back to the airport. I think you might have some time to visit Tonghua Night Market if it is early enough, but your mileage may vary.