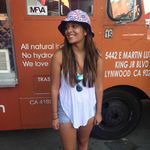 What's the best place to see a kangaroo in or around Sydney?

I can’t go to Sydney and not see a kangaroo, so can someone tell me the best place to see one? I’d prefer an “in the wild” experience as opposed to a zoo. I’m fine with making a day trip to see them if there’s a great place on the outskirts of town!

top answer by
Klaudia from London

If you venture into some of the stunning national parks you usually have a good chance of spotting both kangaroos and wallabies. Koalas are a bit harder to come by. The best times though are very early in the morning (sunrise) or dusk (sunset). Hence a night  camping is often met with a furry visitor wake up call.  Heading south Murramarang National Park Is great around Ulladulla or head towards Blue Mountains . If you want to try your luck more locally and camping or travel is a little tough try Ku-Ring-Gai Chase National Parkaround Bobbin Head its a  a good place to spot them which is in Sydney. The more you venture out though the better chances you have .

everyone mentioned Taronga Zoo and don't dismiss this as it's a zoo like no other. You can still pat and interact with them and not just view from far away. Besides the zoo is beautiful with breathtaking views of Sydney. less know park by tourists is Koala Park Sanctuary where they also roam about happily.

Caroline
Agreed, Ku Ring Gai is your best bet for in the wild near Sydney.

Diana
Thank you so much, Klaudia!! This is very helpful!

Tough one, Diana.   There are lots of "controlled" environments in which to see Kangas in Sydney.  WILD LIFE Sydney and the Taronga Zoo are good places to interact with kangaroos.  In the Blue Mountains (a drive west from the city) you can see and interact with them at Featherdale Wildlife Park.  While you can get kangaroos anywhere you find a fallow field, you'd probably need to head over the western side of the Blue Mountains for your best bet.  If you visit the Hunter Valley there maybe a chance that you will see some wild ones around Lovedale.   And, if you drink enough wonderful Aussie wine there, you may think you saw some, even if you didn't.

Perhaps some locals have other ideas as to where to find kangas in the wild.   But they aren't readily found in the metropolitan area.

Diana
This is all good to know. Thank you, Michael!!

answered by
Adam from Los Angeles

In the wild, you can probably see them in any rural area a decent distance outside the city (such as the Southern Highlands a couple hours south). But there's no guarantee you'll see one, and chances are they'll keep their distance anyways.

Staying closer to Sydney I recommend the Featherdale Wildlife Park, which is a great little park where you can interact with wallabies, koalas, kangaroos, etc. It's not as impressive as the Sydney Zoo, but you'll get to actually touch and feed the animals (well, most of them -- the 15 foot crocodile is still off limits). 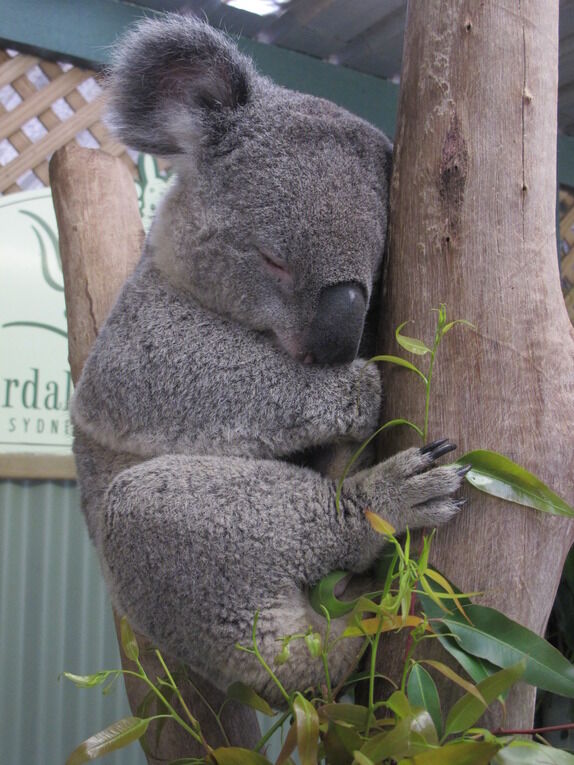 Angeline
Yes, I've been to Featherdale...a very local, humble, natural preservation place...if not to call it a zoo :) I could feed kangaroo and pat koala. You can see other Australian indigeneous animals here. Also, the entrance fee is more affordable here ;) Just take bus from Central to Blacktown, then continue to Featherdale. Easy.

Diana
Oh, thanks for the lead on Featherdale!!

I know you mentioned wanting to see one in the wild which I feel your best bet would be Tasmania. However if you do not have the option, the Taronga Zoo is great and has an area where you can walk through the kangaroo "den" and pet/feed them.

Hope this helps some :)

answered by
Christopher from Melbourne

In the wild? That is going to be difficult. Jump in a car and drive 3-4 hours away in any direction from the city. Well, maybe not east. Otherwise you'll get very wet. You're bound to see a handful eventually but it won't be that great as they won't be as friendly as the ones at the Taronga Zoo. Chances are that as soon as they see your car, they'll bounce away before you get the camera out. There will be some at any large national park, wildlife reserves and even some golf courses but they aren't exactly wild.

If you're already leaving the city to do some touring in the country, there is a chance that you'll see a few without even trying depending on the time of year. Sydney is too built-up to still have roos roaming around.

You could try some of the locations mentioned in the post below:

if you want to pet one and don't want to worry about being attacked, go to a supermarket and head to the pet food aisle. Australian dog food contains kangaroo. Feel free to pet a loaf of those ;)

Diana
Ooooh, I guess zoo's alright if it's hard to see them in the wild. Thank you, Christopher!!

answered by
Bill from Sydney

Must agree with Narelle

Del Rio Riverside Resort is an amazing place to visit and you will get to see some beautiful rural scenery there and on the way. You will not believe you are only 1 hour away from Sydney.

answered by
Narelle from Sydney

If you have a day to spare and may even a night, then a visit out to Wisemans Ferry with time well spent at Del Rio Riverside Resort will allow you to see dozens of kangaroos, wallabies and wildlife that roam their 450 acres. If you are able to spend a night there, it would be worth it as a lot of wildlife tends to come out around dawn and dusk.

Hi Diana, as a local Sydneytour guide I can help with that one. The two most reliable places near Sydney that are also really scenic are the South Beach(Pretty Beach, Merry Beach) or the Blue Mountains City Council with numerous spots in the mountains to reliably find kangaroos in the wild. Book a private Sydney Tour Guide  and it will make it a lot easier :)

answered by
Alejandro from Singapore 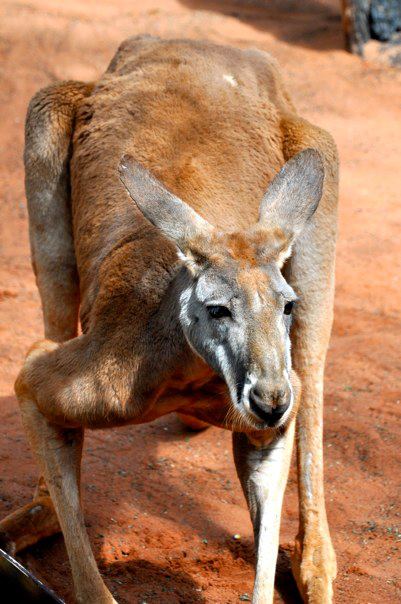 If you are going to be only in central Sydney go to the Wild Life Sydney Zoo in Darling Harbour. They have a Kangaroo walkabout where I hung out with Red Kangaroos while they were feeding (no zoom on the pic). They also have Koalas, a Cassowary and all the unique animals of Australia including the rare Quokkas. I have traveled through OZ extensively and only came across Kangaroos and Koalas at a much further distance.

Diana
Kangaroo walkabout? That sounds so cute!!!!! Thank you!!

answered first by
Rory from Taupo