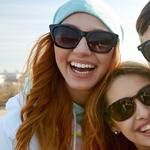 What's the best neighborhood in Sydney for a first time visitor?

I've never been to Australia and I'm a little overwhelmed by all the hotel options. I'd like to stay in a hotel that is central in Sydney and gives me good sense of what Australia is like. I'd love to know where locals tell their friends to stay when they visit, and why those areas and hotels are special. thanks!

top answer by
Jared from Sydney

Newtown is a fun neighbourhood if you enjoy nightlife - and it's now the choice for Sydney-siders after lock-outs in other areas of the city. It's eclectic, hipster-isn and fun. There is plenty of great places to eat, pubs and bars.

answered by
David from Sydney, Australia

Try a hotel in Darlinghurst or Surry Hills. They are cool neighbourhoods, close to the city, with a huge variety of cafes and restaurants. Can't go wrong!

Your question is a bit difficult because Australia is quite huge and quite diverse. It is like saying: ”which hotel should you stay at in the United States? New York, Alaska, or Hawaii?”. My interpretation of your question is that you want to know what parts of the major cities you might want to stay in and perhaps what are the best parts of the countryside to visit.

Sydney – For me, all the good parts of Sydney are around the Harbour. Avoid anywhere too far west such as Parramatta or too far south – such as the airport area. Avoid Kings Cross – the red-light area. You can stay anywhere near the harbour and use the ferries and trains to get around very easily. Buy an all-day ferry ticket and spend all day on the harbour. The beachside suburb of Manly might be a good choice because it is served by a ferry on one side and has a great ocean beach. Bondi Beach is the backpacker area. Sydney is a world city and is more lively and international (and more expensive) than most of Australia.

– Melbourne is more conservative than Sydney but has better sporting facilities, parks, historic buildings and possibly has more theatre, live music and comedy than Sydney (and maybe more friendly?). The west and northern suburbs of Melbourne are a lot poorer than the south and east. St Kilda on the beach is the backpacker hub but has become rougher over the past few years. The centre of is generally safe but doesn’t have a natural centre to rival the Sydney Opera House in Sydney. For a hotel, I would consider South Yarra or Prahran – which are lively up-market suburbs about 5 kilometres (3 miles) south of the centre. Otherwise the hotels in the South Bank area near the south side of the Yarra river in the centre are ok. In Melbourne, it is easy and cheap to use trains, trams and buses to get around. Melbourne is home to over 100,000 Asian university students and they are giving the centre an increasingly lively Asian feel – especially at night.

Adelaide – I like the beachside suburb of Glenelg. Adelaide is a lot quieter than Sydney or Melbourne but doesn’t hold as much to interest for travellers.

Hobart– The area around Salamanca Place is the best spot in my experience. You need a car to get around in Hobart. Tasmania only gets 2% of Australia’s international visitors but is really worth a visit. It has what I think is the best art gallery/museum in Australia – Museum of Old and New Art (MONA). Tasmania has the largest stretches of unspoilt forest wilderness in Australia and is my favourite place to visit. Hobart is only about $160 AUD return flight from Melbourne. Generally Tasmania is much more traditionally British than the rest of Australia because it is very old (the second city settled) and has had much less non-European immigration.

Gold Coast– Great beaches but a terribly spoiled and over-developed hi-rise city.  I would avoid it. A bit like Atlantic City or Las Vegas.

Perth – a bit like California – sunshine and beaches but a very long way from anywhere. Has some great beaches but is very spread out so you need a car to get around. I would stay in one of the ocean beach suburbs such as Cottesloe or Scarborough. The backpacker centre is Fremantle. The best thing about Perth is that is the place to hire a car to drive to the wonderful giant forests and unspoiled beaches in the south of the state.

Country areas – For an easy introduction to the desert wilderness of Australia I recommend the Flinders Ranges National Park which is 5 hours drive north of Adelaide. For amazing temperate forest I recommend a visit to Strahan in Tasmania. For a diverse national park I recommend Wilsons Promontory in Victoria or Freycinet National Park in Tasmania. You should also get the Great Barrier Reef via Cairns/Port Douglas but I haven’t been there yet.

Katie
This was really helpful, thank you! I will be based in Sydney but will be taking little trips all over so thank you for all the suggestions in each area :)

Like Craig said its a loaded question because there are so many sub questions. I'm a world traveller, born and breed in Sydney. A wonderful place in the world. My suggestion is anywhere like Paddington, Surry Hills, unless your hiring a car. Then I'd say go as far as Bondi. Public transport isn't as well oiled as Paris Japan or even NYC. Jump on timeout and see what's on in that area. Also resident advisor normally has lots of info about the music scene. Again depends what your goal is. Cafes are a big thing, great coffee, climb the Sydney Harbour, catch a show at the Sydney Opera House, visit the rocks. Walk thru botanical gardens and down to lady Macquarie chair. We probably have the most gorgeous harbour in the world - head down to the opera bar have a drink and bask in the wonderment of the harbour. So much to see. What the city lacks in public transport it makes up in many many other areas. Surry hills and Potts point are awesome areas so is Paddington. Saturday markets are super in Paddington - enjoy your stay.

answered by
Adrian from Lima, Peru

answered by
Gavin from Brisbane

For someone who is out of town, try The Rocks if you can afford it. It is a historic part of Sydney and within walking distance to all the sites - Sydney Harbour, Sydney Opera House, and so on. Very close to the Ferries to Manly across the Harbour. Great location.

answered by
Karen from Sydney

I'm from Sydney and I would recommend the inner city areas like Darlinghurst , Surry Hills and Bondi Beach all of these suburbs are easy to access the city sights by train or bus as well as having great local restaurants and bars and shops and a great mix of locals. From here it's easy to get to the beaches and Sydney harbour. It is very expensive to stay around the harbour and Darling Harbour.From the above mentioned you will get and great taste of the cooler side of Sydney. While you are here you must visit the Blue Mountain(a day trip at least on the train),Taronga Zoo (a ferry trip across the harbour and a great day to see all our beautiful animals), Bondi Beach,and ask what's on in the way of music festivals and local exhibitions. Have a great time you won't want to go home.

answered by
Peter from Sydney, Australia

Circular Quay. The closer you can get to the Quay the better. That is where the first settler's arrived 200 years ago and is still the spiritual (in so far as hedonistic, vapid Sydney has a soul) centre of Sydney. Circular Quay is within walking distance of the Sydney Opera House, the Sydney Harbour and and the magnificent Harbour. It is right on the boundary of the workaday CBD, and the historic The Rocks  precinct. It it close to a plethora of museums, galleries, restaurant's, night clubs, pubs and tourist activities. It is a transport hub for ferries, buses & trains, so when you need to get out it's very easy.

Downsides - being in the CBD, parking is difficult and expensive - I wouldn't recommend it if you must have a car. It can be a little too touristy -- but hey you're a tourist, roll with it. It can be a little crowded and frankly grotty at times, a bit of a victim of it's own popularity.

It does not offer is quick access to beaches. Sydney is proud of it's superb beaches, but it will take you an hour to get to any of them from the Quay.

Oh yes one downside I should mention is the price.  This is uptown Sydney.  These are first class hotels in "the best" area in Sydney and they charge accordingly.

And finally this is an utterly mainstream location, there is very little quirky, or edgy here.  This isn't where you find impecunious student's, avant-gard artists, and aspiring thespians.  This is upscale Sydney and caters to lawyers, bankers and tourists.

There are many hotels in the area: the usual suspects -- Radisson Plaza Hotel Sydney, Four Seasons Sydney, Shangri-La Hotel, Sydney, InterContinental Sydney (the Intercon's about as far as I'd want to get from the Quay), Park Hyatt Sydney spring instantly to mind. If you want to something a little cheaper, try hotel's in the Rocks district, next to the Quay. Much the same advantages as the Quay, just slightly further removed, and your not competing with business executives for hotel rooms (The Rocks Youth Hostel is reputedly excellent. In between those two extremes, first class hotels and hostels, I'm afraid I'm clueless).

answered by
Jess from Sydney

It totally depends on what kind of person/traveller you are. Surry Hills is a trendy/hipster area full of cafes and kooky shops. If you want to be a cbit closer to the touristy parts of Sydney, a hotel near Circular Quay or The Rocks means you're right on the doorstep of the Harbour Bridge and Opera House (and the ferries that will take you to some of the beaches). Around Town Hall Station is also crazy central and is a very busy and bustling area of the city.

I would try and avoid staying near Haymarket (NSW)/Central Station because it's not actually THAT central to the parts of the city I think you'd be interested in as a tourist.

Check out Holiday inn potts point, reasonable price with harbour and city views, great restaurant and bar, it's above the train station and 1 stop to the cbd. Hundreds of eating places in surrounding streets. Its a favourite of ours and we have stayed all over Sydney.