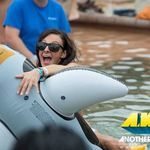 Drive up the East Coast of Australia

My girlfriend and I are planning a trip to Australia in late May 2014. We are looking to spend about 10-12 days, we want to start in Sydney, rent a car, and drive up the East Coast, ending in Cairns for some Great Barrier Reef snorkeling. Any tips on car rentals, where to stay (preferably 2-3 stops along the way, in hostels or cheap hotels), and what to check out along the way?

Wow, there is so much to see on this route... you will need to make some tough choices on what to leave out.  I don't know if you have mapped out the distance, but it is roughly the same as San Diego to Omaha.  I spent 3 weeks traveling between Brisbane and Cairns and it felt a bit rushed, but I enjoy spending more time in places.

I'm not going to suggest specific places to stay as I mostly camped and although I stayed in a few really nice hostels, it was 15 years ago and they may not be of the same quality now.

I can give you some suggestions for places to stop.  I agree about Byron Bay.  It's a happening place popular with backpackers.  Beaches to explore are Tallow Beach and King's Beach at the Broken Head Nature Reserve.  Cape Byron Lighthouse is the most easterly point on the Australian mainland and worth checking out.

Fraser Island is awesome.  It's the largest sand dune island in the world.  You need a 4x4 to get there.  You can rent one or take a tour from Rainbow Beach.  Definitely worth spending a night or 2 on the island.  Some highlights there: Lake McKenzie, Lake Wabby, and Shipwrecked 'Maheno' at Fraser Island.

North of Mackay are 2 off-the-beaten-path national parks that were highlights for me: Cape Hillsborough National Park and Eungella National Park.  Both have awesome potential wildlife sightings.  Among other animals, you may see wallabies on the beach at Cape Hillsborough and most certainly platypus at the Broken River in Eungella.  I especially enjoyed the hike on Andrews Point Track at Cape Hillsborough.  In Eungella, you can swim at Araluen Falls in the Finch Hatton Gorge section of the park.

Whitsunday Islands National Park is well worth a few days.  You can make day trips out to the islands from Airlie Beach which is a main backpackers stop.  There are various tour operators going out.  I don't have specific recommendations on those, as I was traveling with 4 others and we rented a sailboat for 5 days and that was also our accommodation.  Whitehaven Beach on Whitsunday Island is amazing.  Hamilton Island is the most developed, but 70% of the island is still in its natural state and we enjoyed spending some time there.  Other islands are much less developed but have their own charm: Long Island (Australia) and Hook Island come to mind.

If you enjoy white water rafting, you can do that in the rainforest 2 1/2 hours south of Cairns in Tully (Australia) on the Tully River.  It has Class 4 rapids and is extremely popular - so don't expect to be in the only raft...

There are more things to do from Cairns as well, including Cape Tribulation and the Atherton Tablelands.  If you want to do more than snorkeling on the reef, there are guided trips where you are allowed to scuba dive without being certified.  I went on a trip like that, and they had us practice from a sand cay first, and then later we jumped off the boat and had a 1/2 hour to dive.  Great experience!

I'm planning my own trip to Australia for this coming September and October in Western Australia and the Northern Territory.  In my research I have learned that there have been an increasing number of incidences of Dengue Fever from mosquitoes, especially in northern Queensland between Cairns and Townsville.  You'll be there at the start of the dry season, but still something to be aware of and take precautions against.

answered by
giulia from Turin
Don't lose Byron Bay and Noosa Heads, very different places both to see. Cairns is very far from Sydney, sure do you want to arrive till there? Anyway in Byron Bay we stayed in a cottage (lovely but not so cheap) but if you are interested we rent a cheap room in Noosa Heads and it was really inside the forest and close to the sea.

answered by
Alica from Australia

For car rental, you can check out my company Aussie Campervans rentals and try this for magnificent journey on the roads of Sydney.

I recommend hiring a car from East Coast Rentals. Over the past two months I hired a car from them and Budget Rentals for 5 days each. I got premium insurance for both and the difference in price was nearly $200. They provide a free shuttle to their location.

Getting a hostel near Bondi Beach would be the most enjoyable. Have fun :)

answered by
Ben
Hey Nina,
Same as Giulia re Noosa Heads. Definitely recommend a stop there. A walk along the National park is nice.