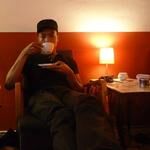 Cool neighbourhood to live in during Mardi Gras 2014 period.

Will be making my way down to Sydney for Mardi Gras 2014. Was wondering if there's any cool neighbourhoods worth checking out and to live for 1.5 weeks? Was thinking of renting an apartment.. and of course, accessible to cool and indie hangouts. Suggestions?

Depends what you are looking for, first things first, Sydney is now officially the most expensive city in the world so be prepared to pay through the nose for everything, including the attitude of Sydney people and the bad service. Once you get over that, the place is great. Neighbourhoods: Close to the homosexual area is Oxford Street so Darlinghurst, Surry Hills are those type of neighbourhoods.

Potts Point is probably the best, it's a mixture of backpackers and locals and a place where things aren't so in your face all the time a la Surry Hills and Darlinghurst. It's almost Manhattanesque for want of a better term.

If you're prepared to pay a little less for accommodation, Glebe and Balmain are local and reasonably close but a pain the arse to get too and from late at night if you are after the city side of things.

Sydney is a beach city so ultimately Manly and the Northern Beaches are where the real Sydney people live ( and a lot of Brazilians on visas ) But if you are in to the homeosexual scene, Darlinghurst and Surry Hills are the places of choice, hope this helps.

Farhan
I was considering Potts Pt too! Thanks for this. I am aware of the expenses too, and have taken this into consideration when planning. I just need to figure out how far is Potts Pt to the areas like Darlinghurst and Oxford St.. thanks again :)

answered by
Candy from Singapore

Definitely should head to  Kings Cross Rd - there are loads of cool indie hostels there like  Sydney Central Backpackers and  ChilliBlue and Peek Tours offer free tours (you'll be picked up from these hostels) to be introduced to the neighborhood, it was a great experience. But if you're thinking of renting an apartment, maybe you can try roomorama, airbnb, wimdu, 9flats or onefinestay? Have a great trip!

answered by
Dev from Sydney

Ian is spot on but as an alternative, and potentially cheaper option, you could try staying in  Parramatta and getting a train into the city for the parade and a couple of days here or there to explore the city.

Parramatta is in no-mans land and is quite a dengerous area at night, it's a million miles from inner-city Sydney. Potts Point is walking distance which is good because a taxi from Darlinghurst will probably cost you $15 Australiadollars, ridiculous Sydney prices