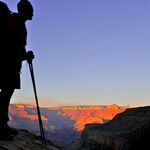 Best places to stay in Sydney on a budget?

I'll be in Sydney briefly (2-3 days) and I need hotel recommendations that won't break the bank. Where is the best area in Sydney to find this?

top answer by
Gerry from Boston

check out the Mercantile Hotel in the Rocks section of Sydney, clean cheaper rooms, great Irish Pub downstairs, good food, and only a 3 minute walk to Sydney Harbour !!!

answered by
Raguraj from Toronto

Stay at the Wake Up hostel in Sydney. Super clean, super cheap and depending on how much you'd like to spend they do have private rooms as well. Great customer service! Make sure you check out the bar downstairs.

Sydney's not a cheap city and if you're only there a few days I wouldn't recommend somewhere out of town because you'd spend too much time on the road. Having said that, somewhere like Bondi Junction might work for you. The Quest apartments there have some reasonable deals. It's a direct train ride into the centre of the city and you're not that far away from Bondi beach. You could also look at Potts Point which is a short walk into the city itself. It's a cool area, with loads of great cafes/bars. There's also a Quest there and the Mercure hotel also looks to have reasonably-priced rooms. In the city itself, perhaps Mercure Ibis at World Square or Darling Harbour? Good luck!