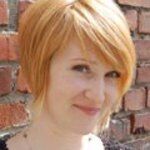 In terms of an Austrian base, I would also agree with Salzburg.

As I am sure you know, The Sound of Music was filmed in and around the city, and it's every bit as charming as the movie indicates.  From Salzburg, you are also within fairly easy striking distance of the Salzkammergut Mountains, which are ridiculously picturesque - once you get to Hallstatt, you'll recognise it from the chocolate box covers! In addition to appreciating the stunning scenery, it's a paradise for hiking and if it's hot, you can even go swimming in the lake - just be warned that the lake is fed with glacial meltwater, so this is only for the  exceptionally hardy (as I discovered to my discomfort).  You can also do a really interesting tour of an abandoned underground salt mine (the area was one of the few inland sources of salt for medieval Europe).

Another fabulous option is a trip up into the stunning Zillertal.  This has a permanent glacier which provides pretty well year around skiing, and also has an amazing ice cavern at its head, which is accessible by ski lift.  This is a bit of a drive from Salzburg, but well worth the effort, especially if you have longer summer days to play with, and the journey itself is lovely.

Berchtesgaden is also a lovely destination.  The obvious attraction is Hitler's mountain retreat at Eagle's Nest, but the whole area - dominated by Mount Watzmann - is breathtakingly beautiful and offers a myriad of hiking opportunities.  Königssee is just exquisite, and is often described as the most beautiful Alpine lake in Europe, with just cause.  In fact, if you are more into landscapes and outdoor activities than towns and cities, then Berchtesgaden would make a good base, but as is often the case with mountain towns, it's a fairly slow drive from the main road into the town, which would be a hindrance for exploring further afield.

The only downside with using Salzburg as your base is that it isn't well situated for exploring the rest of Austria.  So, if your major motivation is to appreciate the Alpine scenery, then it's great.  If you want to explore places like Vienna or Graz, you'll need to consider another base.  I'm not a great fan of Vienna, so I wouldn't see that as a particular hardship, but only you know your family's interests and priorities.

Agree that Bern is a good base from which to explore Switzerland. From there you can make day trips to the area around Lake Geneva like Lausanne or Montreux or other towns in the French part of Switzerland and Ticino (Italian Switzerland) to see Locarno or Lugano

I have a great affection for Nuremberg, which I think offers something for everyone.  Unlike Munich (which is the obvious option in Southern Germany), it's smaller, cheaper and more accessible.

Nuremberg's Old Town has been beautifully restored since the end of World War II, and is an atmospheric place to wander around.  The sense of history is palpable even if you don't set foot into a church or a museum (which can be an important consideration if you have grumpy teenagers in tow), and many of the bars and restaurants are located below ground level, often excavated into the city walls - don't miss the iconic Nuernberger bratwurst (tiny finger-sized spicy sausages which are grilled and served y the half dozen).  It's most famous for its Christmas market, but we have visited in both winter and early summer, and found it enchanting both times.

In addition to its medieval architecture and highlights such as the Albrecht-Dürer-Haus, Nuremberg is also home to one of Germany's most interesting museums - the uninspiringly named Dokumentationszentrum Reichsparteitagsgelände.  This museum imaginatively documents the rise and fall of the Nazi regime and has beautifully thought out, so that it resonates with visitors of all ages, This museum is housed in a wing of the Kongresshalle - planned as a mammoth meeting hall, but never finished - and adjacent to the parade grounds that featured so heavily in Nazi party propaganda.  Nuremberg has a 600 year long history of toy making - celebrated in the Toy Museum - and there's also the magnet of the Playmobil FunPark, although your kids are probably a bit old for that.

Nuremburg is also within easy striking distance of those stunning smaller towns that Germany does so well, such as Bamberg and Regensburg.  I personally detest the overly touristy Rothenburg Ob der Tauber - a kitsch, overly restored 'Disney Does German' town that attracts huge huge crowds of visitors - do yourself a favour and explore the much more authentic walled town of Nordlingen instead, which gets a fraction of the visitors.

The area around Nuremberg is very pretty and is on the so called Romantic Road from the much celebrated Baroque city of Wurzburg. This is also the territory of Tilman Riemenschneider, the master woodcarver of the High Gothic, and one of our most memorable experiences in the region has been to explore a couple of tiny churches in small villages which are still lucky enough to boast exquisite Riemenschneider altars.

We also really enjoyed the Bad Mergentheim Wild Park, which provides an opportunity to see European wildlife. (Nuremburg has a conventional zoo, but I think it's much more interesting to appreciate the indigenous species when you're visiting).

Munich is the hub of southern Germany, and other spots like Fussen and the castles, Nuremberg, Stuttgart and Baden-Baden can be reached on day trips.

Bern is the Swiss capital and often gets overlooked by tourists, but it's a cool little city.  Switzerland is so small and the transport system so efficient that nowhere in the country is more than 2 hours by car or train from Bern.

Salzburg is the most interesting city in Austria, more so than Vienna in my opinion.  Vienna would make a good day trip if you used the high-speed train from Salzburg instead of driving your own car.

I have only ever been to Basel and Zurich in Switzerland. I preferred Basel it had a lot of museums and a nice zoo. Someone Salzburg, it was very, very nice. I went during Christmas once. It had a nice castle with multiple museums, a monetary that made amazing bread, a nice cathederal. Many amazing Christmas markets. There were Day trips from Salzburg to the Eagles Nest Historical Toursand a sound of music tour, that seemed popular. But I didn't go on. Munich and Nurembergwere both nice. Munich is bigger and I would feel slightly uncomfortable by the train station sometimes at night (I grew up in a large US city). But Munich had many things to do. Underground tours, open air markets, a lot of WW 2 historical sites, gardens. Nürnberg was smaller, it had a nice castle.