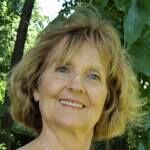 Sites between Philadelphia and Stockbridge might include Princeton (New Jersey) and Tarrytown on the way to Stockbridge (Massachusetts)  Going through Tarrytown means that you cross the Hudson River on the Tappan Zee bridge rather than going through NYC.  This is a fairly direct route and takes about 5 hours to drive.  There are places along the Jersey Shore which might be of interest but they will take you several miles out of the way.   Instead of visiting Tarrytown you could go along the Hudson to West Point (New York) andPoughkeepsie - this would take maybe half an hour longer.