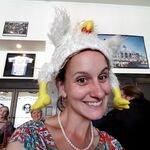 We are wanting to leave from Chicago and hit the Lincoln attractions in Springfield, the City museum in St Louis and the Titanic Museum in Branson. After that we need ideas and would like to spend some time to see the gulf having never been. Then back to Chicago. Any ideas, towns to stay in, places to see, that would be helpful?

Just wanted to share a tip on the Abraham Lincoln Presidential Museum since we just went there. I thought it was the most interesting stop in Springfield (Illinois) out of all the Lincoln attractions. The exhibits and shows have a lot of cool special effects, much more than the usual museum exhibit in a glass case. Do not miss the "Ghosts of the Library" show.

They offer a package deal including Union Station across the street, but that's not necessarily worth doing if you're short on time, unless you are really into the Lincoln movie by Steven Spielberg.

Note that the actual library next to the Lincoln museum is a research library, so there's nothing really to see there.

We had a lot of time, so we also visited Lincoln's house (Lincoln Home National Historic Site, not the original log cabin but a larger house he lived in), Lincoln's tomb (Lincoln Monument Association) at Oak Ridge Cemetery, we did a tour of the Illinois State Capitol, and we drove out to Lincoln's New Salem State Park but that's way off the highway so again, if you're short on time and planning to visit many other cities, I don't recommend making that detour.

Basically, for a road trip, I would focus on the Lincoln Museum itself, walk though the exhibits that recreate his log cabin and the White House, and try to check out the shows. Hopefully other people can give you tips on the rest of your trip down by the gulf.