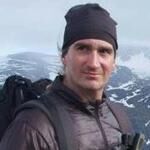 Speed Limits in Your Country

Every time I rent a car in a different country, I wonder about the speed limits. I mean, I can generally read them on the sign. But here in the U.S., it's generally accepted that you can go about 10 miles per hour above the speed limit without getting trouble from the police. And if you're going the speed limit, a lot of other drivers will get all impatient with you for going too slow.

So, how does it work in your country?

Justin
But does everyone obey the limits, or is someone who follows them going to annoy other driver?

Clifford
In the cities, sometimes you find commuter vehicles disobeying but most of them get caught. For country roads, speed limiters are mandatory therefore it is just at 80kph.
comments (2)
likes (1) thanks

answered by
Sara from Florence

Justin
Is everyone pretty good about following those speed limits, or will someone who follows them get honked at by the other drivers?

In Ireland there are basically 4 speed limits: 120km on motorways, 100km on main roads, 80km on country roads and 60km driving through towns and built-up areas. In addition, recently a 30km speed limit was introduced through parts of the inner city in Dublin Generally the limits are pretty strictly applied, there are speed cameras on motorways and other roads and fines are imposed together with penalty points on your driving licence.

South Africa - Speed limits are 40km/h (25mph) in 'danger zones': tiny streets, outside schools, etc., and 60km/h (37mph) in general urban areas. Generally, we respect the 40 zones, and it's 50/50 whether or not drivers will respects the 60 zones (depends on the surrounding terrain). From there on upwards, our limits are typically 80 km/h (50mph), 100 km/h (62mph) and 120km/h (75mph). In these zones (typically anywhere faster than a 60 zone), you are very unlikely to be fined or stopped for doing less than 10km/h above the speed limit (so, 90 in an 80 zone, etc). There was even a legislative moment a while back to make the fines for transgressing by less than 10km/h a null fine.

Having said all that, the roads in South Africa are dangerous - there are a lot of very old vehicles and aggressive drivers on them... and the scenery is mindblowing! So, I strongly advise relaxing, and giving your passengers the time to enjoy the view while you have a stress free drive :)

A quick story.  Years ago friend and co-worker of mine was driving an a middle eastern country I'd rather not name.  Stopped at a light, the pleasant day was shattered when another vehicle came speeding through the intersection.  Traveling far too fast to safely make the turn, it slammed head-on into my friends car.  Although he wasn't seriously injured, his rental car was completely destroyed.

Needless to say, the rental company wanted to be reimbursed for their car.  My friends insurance didn't cover him outside the USA.  Stuck with the bill, he had no other recourse than to sue the other driver (who by the way was drunk at the time of the accident).  When he went to court the first thing the judge asked was, "Are you an American."  Answering truthfully, the case was immediately thrown out.  The judge went on to explain, "It's your fault this happened.  If you were not there he never would have hit you!"

Now, I'm not one of those whiney idiots that think the world is jealous of America, and therefore out to get us.  Still, every now and then, like when one of our political leaders puts his foot in his mouth, they don't necessarily  have any desire to embrace us either.

Case in point; While on my motorcycle in a place our the Secretary of State (this was 2004) referred to as "Old Europe" I was pulled over.  Things went fairly smoothly until I was asked, Are you an American?"  After that I was given a field sobriety test like something out of a Steve Martin movie, my pockets were searched, my bags were emptied, and documents were examined and verified for authenticity.  All in all, I was there close to three hours before I was simply released.

Later that night I was enjoying a beer at a local establishment, when who do I see walk in but the officer with whom I spent a good portion of my afternoon with.  Wanting to show there no hard feelings I went up to him and asked him to join me.  Although reluctant at first, he did and we had an enjoyable time.  Finally I got around to asking him why he pulled me over to begin with.  "Your shirt", he said.  My shirt?  Why?  "It had a beer advertisement on it.  Maybe you already had too much, eh?"  I asked him if that was all traffic stop were that thorough.  "Not all", he said, "I just wanted you to see how we do thing here in old Europe."  Gotch ya, chief!

The bottom line is, police are people.  They have their own likes, dislikes, prejudices, and agendas.  It's foolish to assume there is a safe level at which to break a law, anywhere.

C'mon man!  I'm sure there are towns here in the State you know to never speed through because they give no leeway.  Aren't there are certain times during the month you know your more likely to be ticketed, so you play it clean then?

Besides, if you're got 100 mile to travel, going there at 75mph instead of 65mph only saves you a whopping 12 minutes. Now ask yourself, is the time savings of twelve minutes worth the potential fine, potential incarceration, harassment and loss of time (like my three hours) if you're pulled over?

Do yourself a favor;  go up to the speed limit, set your cruise control, sit back and enjoy the view.

answered by
Ron from Vancouver

The situation in Canada is the same as Eric Brits describes for South Africa. You're not likely to be ticketed for driving a few kmh above the limit but common sense should prevail, and you need to pay attention to how bad the local driving conditions are. Generally, people here follow a 'go with the flow' rule - within limits, driving at the speed people around you are doing. Hopefully, as well, you will read the signs as kmh when you travel, not mph, since I don't think miles are used anywhere outside of the US at this point.

answered by
Elliott from San Francisco
I think your rule about 10 miles over the speed limit is not correct.  I think the right answer is 10% over the speed limit.  The most important rule I know is use the fastest lane for passing - not for driving...

I would say in USA try to be under 7-8 miles over. In Canada a cop there told me stay under 80 Kilometers.