Looking to take my family for some sun in Spain around mid April. Looking for a good destination that would be fun for the kids and parents for about 4 days. Any recommendations on accommodations and destinations, possibly beach?

At the risk of being redundant (it's clear I have a favorite Spanish city), Valencia would be my top pick for a family friendly vacation to Spain.

Adults will enjoy the art, history, amazing food, and good wine that is abundant althroughout the city and region, but there's so much there for kids that you'll have a great time.

Valencia is surrounded on 2 sides by the Túria, a dried up river that's been turned into a huge expanse of garden/park space with trees, fountains, playgrounds, and walking/jogging paths. gulliver kids parkis in the Túria with a huge giant for kids to climb and play on. It's amazing to see. At one end of the gardens is the Ciudad de las Artes y las Ciencias - a beautiful collection of arts and sciences buildings designed mostly by Calatrava. Adults and kids enjoy admiring the structures themselves - it's like something out of a space movie. Some of these buildings include the Hemisfèric with an IMAX theater and planetarium, the Ciudad de las Artes y las Ciencias  which is an enormous, hands-on science museum with tons to see and do, and the L 'Oceanogràfic which is by far the best aquarium I've ever been to.  You can easily spend an entire day just exploring this area and  walking through the Túria.

If you want to see a really nice zoo, take them to the Bioparc Valencia.

Fallas is an incredible celebration in March, but there is a Museo Fallero de Valencia that contains one ninot that was voted as the best and saved each year. They are beautiful and fun.

Valencia is on the Mediterranean, so you have many beaches to choose from. Playa de Massalfassar is the most popular and the most crowded, but in April you shouldn't have many crowds. In Spain, beaches are a summer thing. Playa El Saler is a beatiful, quieter beach farther south (if you have a car). If you go here, go also to the tiny village of El Palmar nearby and you and your family can take a boat tour of Albufera, a large freshwater lake with beautiful birds and where fisherman have lived and worked for centuries.

I also love Canet d'En Berenguer just north of Valencia, but it's most accessible by car. There are some amazing beaches south within an hour's drive. You can snorkle/dive at many coves near Calpe, and if you get down there, you can take the kids to the huge amusement park in Benidorm.

There are opportunities to take a short cruise out in the Mediterranean. The Americas Cup Experience Port is where the America's Cup was held for a couple years. It's a beautiful place to walk, but you can also find places here to take a boat ride - from jetskis to catamarans and sailboats, there are many opportunities to get out on the Med for some fun.

If you have time, take the train north just 30 minutes to Sagunto and walk to the top of the hill. There's an old Roman ampitheater there and amazing Carthaginian ruins. It's free to enter and you can just roam all over. It's a HUGE area. There are a couple good restaurants near the ampitheater for lunch or a cool drink.

If time allows, the kids would enjoy the underground river cave tours in La Vall d'Uixó (would require a car).

Of course, there are other great places. Barcelona is amazing and children will love Parc Güell. They should look for the birds in the trees there. Barcelona also has beaches and an amusement park on the hill above the city. It's a HUGE city. No one will be bored there ever.

Southern Spain is packed with history and culture in a very intense way with cities  like Cordoba (Spain), Granada, and Seville where you can see the histories of Catholics, Jews, and Muslims (Moors) converging in the same space. It's beautiful. There are beaches within 1-2 hours of those cities. I took my children there, but we mostly did historical things and nothing particularly child oriented.

answered by
Noela N from Northport

Also, Mojacar- great beaches and the little town built on a hilltop is wonderful. Affordable.  The Moors and Christians celebration in June features one of the most amazing pageants ever! (along with an all night fiesta attended by ALL AGES.)

answered by
Ros from England

I would recommend Barcelona as it has everything to keep parents and kids happy. I used to take school trips here and the pupils loved the atmosphere of the city with its attractions, beach and football ground! There are lots of good bars, cafes and restaurants to suit all tastes and it is easy to get to.

Valencia is a great choice as you have the beach plus things to do such as Bioparc and the City of Arts and Sciences. With the dried-up river bed being turned into a park, it is easy to walk around too.

Further south is the smaller city of Alicante which is also by the beach. It has museums, art galleries and plenty of shops as well as the Volvo Ocean Race museum, which is a hands-on museum so you can try things out.

Between Valencia and Alicante is the beach resort of Benidorm where the package holiday was invented in the 1960s. Two large, sandy beaches, plenty of restaurants and bars plus free live entertainment are the main attractions. Benidorm also has 5 theme parks which are great for families including Terra Mitica, with white knuckle rides, Aqua Natura water park, Terra Natura wild animal park and Mundomar marine wildlife park.

Everywhere in Spain is family friendly so I am sure you will have a great time wherever you end up. Enjoy!

Valencia would be good, it's a warm beach destination but they also have the large Ciudad de las Artes y las Ciencias (City of Arts and Sciences) centre that has a lot kids would be interseted in, IMAX and aquarium for example. The buildings are also cool just to look at.

Near by Barcelona in Tarragona is a Universal Studios theme park as well Port Aventura.

I also really liked the Madrid zoo so I am sure kids would. They don't have the traditional fences most zoos have, they have a lot of giant moat like enclosures so it keeps the animals in a certain area without being fully enclosed, it's neat. They also mix animals, they had giraffes and zebras together when we were there. 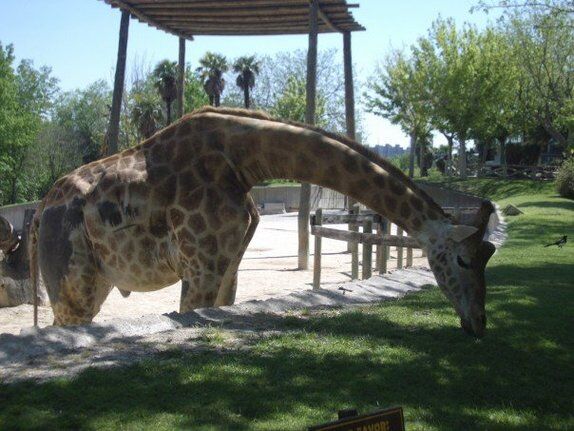 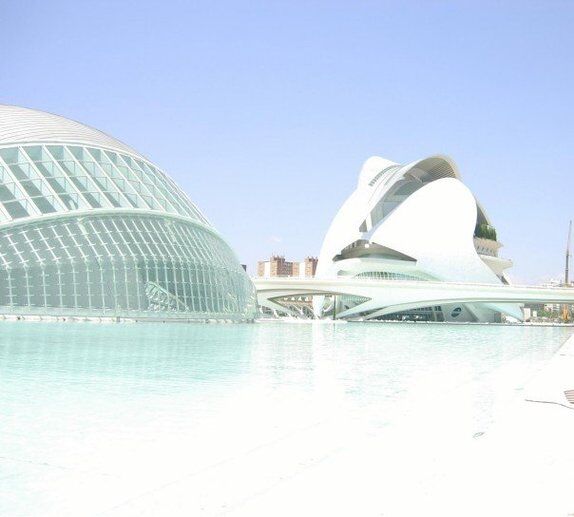