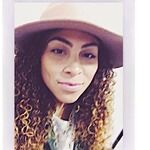 Best way to get to Spain, Italy, and Croatia from NYC and back?

Hi All! My boyfriend and I are planning a trip to Spain, Italy, and Croatia. I would love some help on the best way to get to Europe (Spain Italy Croatia in particular) from NYC. Is it best to go to Spain first or last? Should I cut out Croatia? We really want to visit Croatia since it's so close to Italy, but I'm having trouble figuring out the best route and we would like to avoid taking several flights to get to each destination. Any help would be greatly appreciated!

How long do you have to travel? I wouldn't cut out Croatia if you don't have too, however, if you are only traveling for a few weeks the fewer countries the better.

There are many different ways to travel around Europe and some are really cheap. My two favorite are Eurail and Busabout.

I have written a few articles outline the pros and cons of each.

Also, one of my favorite things about Croatia was a sailing tour around the island. You can read that review here: http://www.abackpackerstale.com/blogs/sail-croatia-review/

Taissha
Thank you so much! This was very helpful!
comments (1)
likes (3) thanks

Don't skip Croatia, skip Italy!  The Dalmation Coast and Plitvička Jezera beat anything Italy has to offer, and cost-wise you can do 3 days in Croatia for the same as one in Italy.  Croatia was part of the Roman Empire, it has the same climate, and honestly, nothing felt like a discovery in Italy. Because all the images of Italy are so over-published, I couldn't figure out why I was fighting the crowds, just to see something that was already in my head.  Croatia is less crowded with tourists, and wherever you get off a train, a bus, or a ferry, locals are there waiting to offer accommodations in their homes, pensions, vacation apartments, for almost free compared to Italy.  When I was in Split, it felt like Venice, or what Venice could be without the crowds.  Have I made my point?  I didn't dislike Italy when I went there, we had a good trip, but when we went to Croatia another year later, the comparisons were all in Croatia's favor.

As to how to get there, if it's any help, we flew to Budapest (with 24 hours in London each way) and took the train to Zagreb, the bus to Plitvicka and Split, the ferry to Hvar and Korchula, the bus to Drubrovnik, bus to Mostar and Sarajevo, train to Pecs and on back to Budapest. All went without a hitch or excessive expense, and we stayed with friendly room-keepers in all but  Plitvicka, never had to hire a taxi, and all the stops impressed.

The one time we flew from Barcelona to Venice, it was for the fantastic fare of one Euro plus fees, but, that airline, not surprisingly, is out of business now.  I know there are trains and ferries between Spain and Italy, but you'll have to see if they go anywhere near where you want.   They obviously take longer than jets, but may be more interesting. I am familiar with the fast trains in Spain and Italy, and any destinations under 600 miles will be accomplished faster and easier on the trains vs. jets because you eliminate the baggage checking and transportation out and back to the airport. At the time we did it, we found it cheaper and more convenient, schedule-wise, to fly into Madrid and take the bullet train to Barcelona than to fly directly to Barcelona. The trains in Hungary and Croatia are the slow ones, Spain and Italy, very fast.

As to order, figure out where you are going first, how much time you have and want to spend in each destination, if there are any target dates to being a particular place, then see how it links together.  Usually this process necessarily cuts some destinations from the itinerary, and that alone may solve some of your conundrums. If you have the flexibility to slide your trip a few days either way, you can hunt your tickets by price to see if there are any advantages there or it may determine which direction to do your loop. Spain, Italy and Croatia are all worthwhile destinations, I'd go back to any of them in a heartbeat, but the more destinations you try to cram into one trip, the less you will see and experience, but the trade-offs are yours.  Once you make the cut, forget what you're missing and get the most out of what you are not.

answered by
Antica from Zagreb

Hi Taissha! Don't skip Croatia. I suggest you come from Italy as there are convenient ferries. You can cross the Adriatic from Ancona to Splitor Zadaror from Bari to Dubrovnik From Northern Italy it is easy to come from Triesteto Zagrebor Rijekaor Istria by bus. Depends how your route will be. There is also a shuttle bus company that will transfer you according to your wish and take you from different places in Italy to Croatia. You order it by mail.

In summer season there are flights from Barcelona (Spain) to Split, Dubrovnik and Zagreb by a low cost spanish air company.You have to fly.

Taissha
Hi Antica, thank you for answering! I have another question. So Ive decided to just fly into Venice roundtrip and to take a ferry into Croatia. I plan on going either mid May or at the end of May and Ive read that the ferries don't run as frequently. Do you think I will have issues getting a ferry from either Bari or Ancona to Split/Dubrovnik? I want to make sure I have options and I'm not limited to just one day in the week. Also, do you think it's too cold in Croatia in May? I know July/August are the warmest and it's the best time to get in the water. I don't mind not being able to swim at the end of May but will I be able to lay out on the beach at least and enjoy the Sun?

Antica
Hi Taissha. May is great and the weather should be just fine. Don't worry! If you want to go to Croatia from Venice, you can call Go Opti (www.goopti.com) shuttle bus and it will pick you up and take you to Zagreb or other places. If you want to take a ferry they run on regular basis in May. Check with Jadrolinija (www.jadrolinija.hr).You will be able to get a schedule. Have a nice time!

answered by
Taylor from Pennsylvania

Sounds like an awesome trip!  I can give some advice on Spain and Italy.  From NYC, I'm sure you can get a fair amount of direct flights to Madrid.  I would probably suggest flying into Spain first and then taking a flight from Spain to Italy.  If you fly from Madrid or Barcelona, you'll have the best bets on cheapest flights to Italy.  If you can be a little flexible with both timing and which city you fly into, you can probably score some cheap flights.  I like to use the websites skyscanner and ryanair to book flights within Europe.  What I really like about skyscanner is that you can input dates and a departing location and then leave the destination section blank to see where the cheapest flights are going to from your location.  You might be able to find some good destinations in Italy that way.  I remember from Madrid they had some cheap flights to Milan.  Barcelona is a little better than Madrid though.  They seem to have more available flights and cheaper prices.  I would recommend flying on a Tuesday or Wednesday when less people will be traveling because then you will be likely to score cheaper prices.

Once you're in Spain, I would definitely travel by train or bus.  There's no need to fly unless you're going to one of the islands.  I think the bus is a little cheaper and it's quite comfortable.  Alsa.es is the bus website and you can use renfe.es for the trains.  Domestic travel is very good within Spain.  I would also recommend using trains or buses within Italy.  I don't have as much experience there, but I think trains and buses are very accessible and well connected.

I've never been to Croatia, but it's up on my list.  There's so much to see and do in Spain and Italy, however, you can always go back and visit those countries.  I feel like if you're over there already, you might as well try and include Croatia.  Not many people end up going back just to take a trip to Croatia, but they will for Italy and Spain.  Don't stretch yourself too thin though.  You want to enjoy the trip without feeling like you're racing through each country.

Have a good time!

If you have 2 weeks or a little more I would also skip Italy. Fly to London and then on to Dubrovnik. You can then take a short flight to Barcelona and explore a lot of Spain. If you have the time, you could take the bullet train to southern Spain or hop another flight, depending on your budget. I agree with the other poster who said that you will encounter a lot less tourist outside of Italy. Italy is a wonderful week trip in and of itself.

You can fly into Madrid orBarcelona. There are fast trains linking the major cities in Spain. You could get an InterRail ticket to travel from Spain to the south of France into Italy. You have to see Venice as it really is breathtaking. There is nowhere else like it. Hope you enjoy your trip. 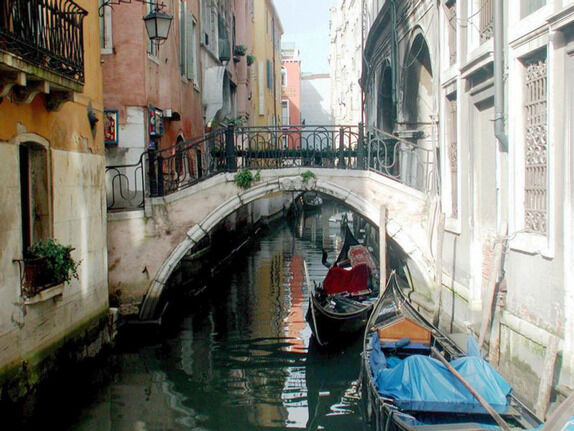