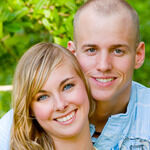 My husband and I are going to Singapore for the first time and want to try the best street food! Where are the best hawkers in Singapore?

top answer by
Jason from Singapore

Chinatown Food Street a little sterile for true locals looking for great food, but I am sure a great choice for first time visitors. See http://chinatownfoodstreet.sg/ or http://danielfooddiary.com/2014/03/07/chinatownfoodstreet/.

Chomp Chomp Food Centre if you're a little more adventurous.

And of course, you can't leave Singapore without trying laksa 328 Katong Laksa. Unlike the above two which are hawker centres, where you get a smorgasbord of local dishes, Katong Laksa is a standalone stall. But you must try laksa and otah. Gordon Ramsey challenged and lost to these experts in a cook-off. For a thorough self-walk in one of THE best food street of Singapore, go to Joo Chiat Rd. See http://www.tribe-tours.com/tours/eat-your-way-through-joo-chiat.

answered by
james from Johor Bahru

One of the most famous hawkers is Maxwell Road Hawker Centre, there's a stall called Tian Tian Chicken rice of which Anthony Bourdain likes, other famous ones serves Fish Vercimelli, Baos, Porridge and etc. Do expect long queues during peak hour and weekends.

Another great one is Old Airport Road Food Centre, which has great banana and jack fruit fritters.It also serves one of the most famous Prawn Hokkien Noodles in Singapore.

These two are worth researching. Take note that the opening hours of some of the best hawkers could be irregular, research to avoid disappointment.

*Look for stalls with the longest queues.

You can go to the Chinatown's Hawker Centre , the biggest hawker centre in Singapore with over 200+ food stalls.  The nearest MRT to it is Chinatown station (look for Exit to Pagoda Street or Mosque Street or Temple Street)

It has all kinds of food there, though it might not be the best in taste, but definitely almost the cheapest in Singapore.  You can have a bowl of peanuts porridge for 1 SingDollar, (about 75c in USD)

It's just besides the Famous temple - Buddha Tooth Relic Temple and Museum.  Over there opposite the temple (across the road), there is a smaller hawker centre, known as the Maxwell Food Centre.  It's smaller in scale (about 100+ food stalls), but the food over there is generally nicer than those in Chinatown Hawker Centre.

Near the Budda's Relic Temple and Chinatown Hawker Centre, there is a food street with about 20+ food stalls as well.

Of course around that Chinatown area, you will see many rows of shop houses selling all kinds of food (mainly food from China tough)

From the Chinatown MRT, if you go out by another Exit to People's Park Centre, there is another Hawker Centre there, known as People Park Food Centre. Over there, they sell similar food as Chinatown and Maxwell food centre.

If you prefer western food and more cosy places (air-con), then from Chinatown MRT, you can go to next Station - Clarke Quay. Over there, you can see a sketch of restaurants and pubs on both banks of the river.  From Clarke Quay (more on restaurants), you can walk down along the bank to Boat Quay where you will see mainly on pubs and bars

Of course at both Clarke Quay and Chinatown MRT stations, there are a few little shopping malls as well selling food.

answered by
Jason from Singapore

Maxwell Food CentreMaxwell in my opinion is top if not near the top of the list. It's centrally located, has a great spread, great food, bustling. Old Airport Road Food Centre not bad as well. As is Chomp Chomp Food Centre. See http://www.tribe-tours.com/stories/travel-tips/hawker-centres/ for a top four listing and a best of the rest. For something much further but rustic, go with Changi Village Food Centre. It is near the airport so if you have a stopover, why not?

answered by
Shoe from Singapore

Well, you can visit Newton Circus Food Centre and it is very conveniently located to Newton MRT. There is a huge selection of food here. It is an open environment so that the ventilation here is better than other hawker centre and there are quite a few stalls even selling craft and draught beer. I also like this place as it is cleaner.

Geylang is the place to go if arrive late at night and you're suffering from jet lag or looking for late night eats. Since this is your first time in Singapore, I suggest joining the unique night food tour in Geylang Rd. Take a look at this tour itinerary: https://www.viator.com/tours/Singapore/Geylang-Food-Tour-at-Night/d18-25339P3

When I was there years ago, I stopped by Swee Guan Hokkien Mee for stir-fried noodles and Koung's Wantan Mee for barbecue pork and wonton dry noodles.

answered by
Amanda from Sydney

Hi Georgia! A couple of great places that have not been mentioned are Tiong Bahru Market  (Great chicken rice, dark carrot cake) and Changi Village Food Centre (Great nasi lemak, carrot cake, hor fun, satay) (Maybe out of the way depending on where you stay). Lau Pa Sat is great for satay on the closed road, and Maxwell Food Centre is great as mentioned by some others here. At Chinatown Food Court has some great stalls. Also another that no one has mentioned is Amoy Street Food Centre has a lot of great food (I remember some nice glutinous rice dumplings with chestnut) :). If you had a particular dish in mind that you wanted to try, it may be the best at one place so perhaps look at where that dish is best, it may be easier than deciding between all the great hawker centres! All the hawkers mentioned in this post have something to offer a trip to Singapore. Happy Eating!

Lau Pa Sat  Hawker Centre next to the canal is my go-to food hawker when Im in Singapore . They have many food choices for every traveller.

Chinatown  is also a nice place to treat yourself with authentic chinese and local food.

The fish soup is a popular food in Singapore. Try it when you visit china town.

I found this travel blog which talks about the best food hawkers in  Singapore http://www.travel141.com/singapore/singapore-food-guide-3-best-hawker-centres/.

I would suggest Lau Pa Sat

My personal favourite is the Golden Mile Food Centre just north of the Colonial district.  The stalls serve mostly Hokkien Chinese and Thai food, but the Sup Tulang (sweet and sour mutton bones) is the best thing I've found.  Bring hospital gloves though...the sauce stains your fingers!  Other good ones are the Old Airport Road Food Centre and Maxwell Food Centre.  Whatever you do, avoid Newton Circus and Makansutra Gluttons Bay centres - they're overpriced and of inferior quality.

There are tons of Hawker centres, you could try

answered by
Edna from Paris

My favorites by far as Maxwell Road Hawker Centre and Old Airport Road Food Centre! I wrote about them here: http://www.hostelworld.com/blog/top-5-hawker-centres-in-singapore/156909

As for the best street food, I would recommend black pepper crab, fried tofu, and fish meat bee hoon. I wrote about those here: http://expatedna.com/?s=%225+best+things+I+ate+in+Singapore%22

And don't worry about which ones are more 'hygenic' or not. Safety regulations are very strict in Singapore and I've never heard of any of my friends (some who've lived there five years or all their lives) getting sick from a hawker center!

At the more touristy spots like Clarke Quay or by Marina Bay Sands you'll find food that is good, but the flavors don't taste as rich or authentic and the prices are hiked up. Would not recommend.

answered by
Arpit from Jaipur, Rajasthan

answered by
Jae from Singapore

The area around Bugis Street has some good places, but there are many all over Singapore and the standard is high.

There is also a decent place to try hawker food right by Singapore Flyer if you plan to take that one.