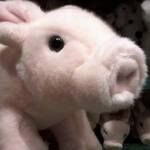 Private rooms for solo travellers in hostels/hotels under SG$100?

The only reason I go to Singapore at all is for concerts. Which means that I only need a place to rest my head for the night because there's no red eye transport back to KL that I know of.

I don't mind staying in a hostel property but as a light sleeper, I don't do too well in dorm situations with people going in and out at all hours. Also, most travel booking sites don't list this kind of room. (Some of you have suggested AirBnB, but I'm not really keen on interacting with the homeowner...)

Any suggestions that's not in Geylang would be appreciated and/or not too far from an MRT station.

Would be great if you know of any hotels/hostels that are not too sketchy with private, single rooms. Thanks!

answered by
Karlo from Philippines

Try Backpackers SG and book their 4 room dorm. That'll be around 100 SGD total. A few minutes walk from Lavender Station.

Others you can check out. These have single rooms under SGD$100 in Lavender / Kallang are

The place is nothing special but you have a private room for a cheap price and Little India is fairly centrally located.

answered by
Tracy from Singapore

You may want to try out airbnb.com. I saw they have pretty good place within your budget. :)

SC
Yeah, I saw, but not really looking forward to dealing with the host, so.. thanks for the suggestion :)
comments (1)
likes (1) thanks

answered by
Danny from Singapore

Check out this post on my site. They have some boutique hotels under $100 and near the MRT.

answered by
Shelly from Denver

Try Airbnb! There's always a variety of places to stay at all price points. Just read the reviews and descriptions.