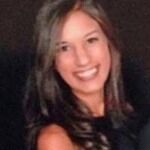 Headed to Seattle for Memorial Day weekend. Staying in Portland on Friday night and part of Saturday and then headed to Seattle on Sat and Sunday. Would love some recommendations while in town.

- Where to stay that isn't overpriced (we will have a car)

- Places to stop and visit between Portland and Seattle

We are in our late twenties with no kids

My husband and I have only been to Seattle once, but I can share what our favorite things were. We are also in our 20's with no kids.

1. Places to stay: we stayed downtown because part of it was covered by my husbands work, but after that we stayed in the University District/Fremont Neighborhood. Fremont is a very cool neighborhood just north of Seattle. Good thai food.

2. Favorite restaurants: our all time favorite place we ate was called Homegrown. There are a few different locations but it's a local organic sandwhich/salad place. We went back 3 times.

3. Pike Place Market: I'm sure you've heard of it, this place is great to walk around. A lot of great food and produce.  Don't miss out on the mini doughnut stand next to the fish toss. We went every day.

4. Bainbridge Island Ferry: We took a ferry ride from downtown to Bainbridge Island and had some great fish and chips. I can't remember what the place was called, but I'm sure it would pop up on Yelp. You can also rent bikes.

Those were our highlights!

I've never been to Portland so I can't help much there.

Kathryn
Thanks Beth. We ended up booking a room downtown with some hotel points! As for the Bainbridge Island Ferry, I will definitely look into that! Thanks again!

answered by
S from Roswell (Georgia)

Mt St Helens is a fun stop between Portland & Seattle.  You can really see what nature can do!

There are lots of great places to eat.  We love Ivar's that is on Lake Union for seafood.  You can sit outside and enjoy the view of the lake & downtown Seattle.  There is also a very cool place in Ballard Neighborhood called Ray's Cafe that sits high above the locks that connect Lake Union with Puget Sound.  You can sit outside & they have great views of the boats going thru the locks.  They'll even give you blankets if it gets chilly.  Ballard is the Scandanavian part of town & has lots of fun restaurants.

Obviously, you will want to go downtown to Pike Place Market & do a walk through...watch out for the fish throwers.  Another fun walk is to grab a coffee & walk around Green Lake Park.  There are lots of restaurants and fun bars on Capitol Hill Neighborhood.

There is a Courtyard by Marriott right on Lake Union that was reasonable & you are still in the city area.

If you want to get out of the city, Snoqualmie Falls Trail is breathtaking and you can have lunch at the Salish Lodge that sits up by the top of the falls.  You just take 90 East out of the city, cross over Lake Washington and follow the signs.  It is before you get to North Bend (Washington), another cute town where they filmed Twin Peaks & Northern Exposure.

There is a "killer view" park where you can take the coolest pictures of downtown Seattle with Mt. Rainier  in the background up on Queen Anne hill. It is called Kerry Park on W Highland Drive and 2nd Ave.  Really neat hidden secret!

Hope this gives you a few ideas!  Have a great weekend!

Debbie
I love Seattle. Thanks for the tip on view from Queen Anne! By the way, the Trippy team helped you geo-tag all of places that you mentioned using the @-symbol so that they'll appear on a map with address and info :)

Kathryn
Thank you! Wonderful suggestions! I appreciate it!

answered by
Suzi from Seattle

I can't comment too much on where to stay in Seattle, but I can make some food and drink recommendations!

Tom Douglas is one of Seattle's best known restauranteurs and he's got a bunch of restaurants in downtown Seattle to try. His "semi-fancy dinner place" is Dahlia Lounge and the adjoining Dahlia Bakery has tasty treats and lunch foods for take away. There's also Palace Kitchen, a great late night eatery, all in the same block of each other as well as the famous Cinerama movie theater with some great sci-fi memorabilia inside and a large screen theater.

During Memorial Day weekend, there is also the Folk Life Festival, a free event happening in the area around the Space Needle that will make for fun entertainment.

I hope this helps! If you have any other questions, feel free to find me on Twitter: username suzi123

Kathryn
Thanks! I appreciate all the great recommendations!

Michael
The Experience Music Project/Sci Fi Museum sits directly beneath the Space Needle in a Frank O. Gehry-designed building. The design was influenced by the colors of deconstructed electric guitars.

answered first by
Ronda from The World

The Northwest Folklife Festival is over Memorial Day weekend in Seattle. It's a free festival with lots of dancing, performances, food, and fun! I highly recommend it, but based on that you will probably have more difficulty finding inexpensive lodging.

Outside of the festival, you can visit Queen Anne, the Fremont Trolland neighborhood, 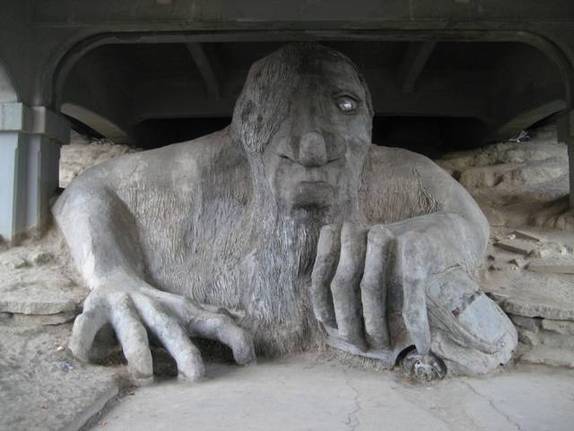 If you have a car, there are plenty of good restaurants across the lake in Bellevue and Redmond (Washington) and you might find it an easier place to stay and/or eat considering the holiday festivities.

As far as places between Portland and Seattle, I can't help even though I've driven it numerous times. It's always to get from one to the other.

answered by
Tony from Seattle

Hard to compete with some of these answers, but I'll try to hit some of the items the others missed.

Between Portland and Seattle there isn't much that's too awesome (Olympia (Washington) is a fine city for a stop.

If you want to do something unusual, take a side trip off of I-5 to Ape Cave (near Cougar, WA).  It's the longest lava tube in the US and you can hike two miles through it.  You MUST bring a flashlight or two PER PERSON-- you can hike 2 miles or so through it.  Pretty surreal.

Also, you could head left on 16 before Tacoma and hit Seattle via Bainbridge Island via Poulsbo, which is a cute little town. 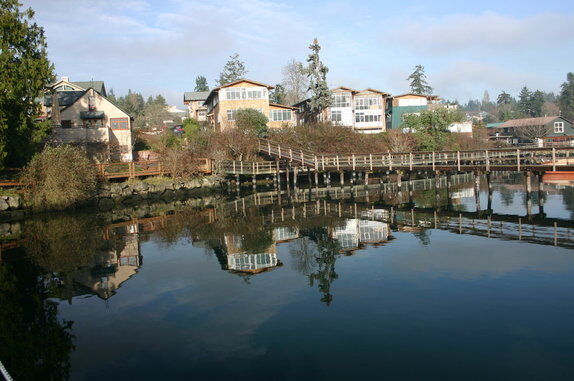 Lodging-wise, you're going to have a hard time finding deals for Memorial Day at this point.  For something cool, I'd try to stay on a houseboat on Lake Union.

Kathryn
Thanks Tony! I'm loving all the suggestions!

When we were in Seattle, we stayed at Hotel Five. It's a nice, affordable, trendy hotel within walking distance to the Space Needle. They also have a parking lot (complimentary), though it's first come, first serve. We just parked our car when we got there and walked most places.

As far as the drive between Portland and Seattle, if you want to take the long way, I'd suggest driving out to Cannon Beach and then up the coast through Astoria (where the Goonies was filmed) and then you drive over a huge bridge into Washington. It's a nice scenic drive, but takes a couple of extra hours.

answered by
Michael from Tacoma

Tacoma is about 40 minutes south of Seattle but offers several interesting sights. Take the I-705 spur towards downtown. The first exit at 26th St. leads to the LeMay - America's Car Museum, a silver building that looks like an air scoop from the hood of a muscle car. It is one of the largest auto museums in the world and can display up to 350 vehicles. Take the next exit at 21st St, turn left then right on Pacific Ave. Within a block you'll pass the Washington State History Museum on your right. Between the history museum and a restored domed train station, you'll find the 500' pedestrian Chihuly Bridge of Glass that leads to the Museum of Glass. Even if you don't have time to tour the Museum of Glass, you'll pass under or alongside three different Dale Chihuly glass installations. The Tacoma Art Museum,  the University of Washington Tacoma Campus, the Harmon Brewery & Restaurant and The Swiss tavern are located within a three-minute walk from the Pacific Avenue end of the Bridge of Glass. The Swiss occupies the northern end of Swiss Hall, circa 1913, and features a tin ceiling. It is home to eight Chihuly glass pieces above the back bar. The food is good and reasonably-priced. In the evening you might be able to see live music. If you retrace your route to 21st St. and head N. or I-705 to Schuster Parkway and then to Ruston Way, you'll pass several seafood restaurants. One of my favorites is Katie Downs Tavern & Eatery. There's plenty of parking, great pizza and beer-battered fish & chips in a building that stretches over the waters of Puget Sound. On a wet day, you can watch the boats and storms pass. On a sunny day, you can dine on the outdoor deck with a great view of the Olympic Range to the west and the Cascade Range to the east. After your meal, you can burn some calories with a two-mile walk along Puget Sound.

Seattle isn't the only address for water views and seafood. Tacoma offers both, in abundance. Locals have never quite forgiven George Vancouver, the explorer, for naming the mountain that dominates the southeast horizon after his friend, Peter Rainier. Native Americans called it Mt. Tahoma (or Tacoma), "mother of waters". The older name references the rivers that originate from the mouths of some of the 26 permanent glaciers that blanket the 14, 411' dormant volcano.

answered by
Todd from Seattle

There are so many good restaurants in Seattle just picking a few seems a shame ... and of course, prices may vary! A few of my favorites ... Spinasse, The Harvest Vine, Revel ... honestly, I'd do a little research based on what you like. I could list 20 restaurants, all would be great ... it really depends on what you're looking for. A burger ... Red Mill Burgers ... oysters ... The Walrus and the Carpenter ... check out Ballard Neighborhood, South Lake Union, and Capitol Hill Neighborhood.

Don't stop anywhere between Seattle and Portland ... especially if this is you first time to either city. Too much to see. I would love to send you to Mt. Rainier, but that might be a different trip.

Go to Pike Place Market for sure. Seattle Center ... Pioneer Square if you want galleries ... you're not in town very long so you'll have to pick and choose what you want to see and do. Could take the Bainbridge Island Ferry over to Bainbridge Island if the weather cooperates.

Not sure what you think pricey is ... but a friend of mine has a really cool place on Airbnb ... look for Sky Cabin listing. That's all I have you, have fun!