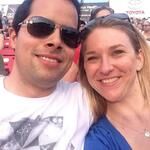 Looking for an excellent restaurant for our 1 year anniversary.

My wife and I will be taking a trip to Seattle for our 1 year anniversary this November. I'm trying to get some ideas for a restaurant for us to go to. I wouldn't say price is of no concern, but I would like to keep it under $175. We are not really wine drinkers so there wouldn't be much alcohol to figure into that price.

Finally, I am chef so I am somewhat picky. I have no problem spending $$ on a plate of food, but it has to be good.

RIght now I'm looking at Art of the Table and Altura.

Thanks for the help!

I have been to Seattle twice, both on a budget ha so I can't speak to places that would be nice enough for an anniversary dinner maybe. But I do have to suggest going to Homegrown Sustainable Sandwich Shop for lunch at some point. Best sand which I've ever had. My husband is particularly obsessed with the coffee rubbed pork sand which. Have fun!

answered by
Kristen from Seattle, Washington

What type of cuisine are you guys into and also are there specific areas of Seattle you are looking to dine in? Here are my general picks for the area:

If you haven't already, I recommend checking out the http://seattle.eater.com/ - for the latest reviews and news to the scene here. They even have a convenient heat map so you can see what's what depending on the area your staying in.

Jonathan
We're really into almost any quisine. I am a more adventurous eater than my wife though. Location isn't really a problem. We will be staying in the downtown area but I'm willing to go most anywhere. La Medusa looks really good! Thanks for the input.

answered by
hope from Seattle

A couple  recommendations... First, Joule is a pretty awesome (I don't want to call it 'fusion' but I guess technically...) Korean/American steakhouse. Besides great Korean steak dishes, they serve the best  octopus I can remember having, and their veggie dishes are all wonderful as well. Atmosphere is fun and trendy, and I feel like it's a restaurant you wouldn't find in every city.

For Seafood, (since it's Seattle, gotta reccomend fish at some point) RockCreek Seafood & Spirits is a newer restaurant that serves fish in just about any style. This place is modern and a little eclectic, which is nice since most 'seafood' restaurants in Seattle are quite old-school/traditional and not really inventive with their dishes. If you're a fan of oysters be sure to eat some in Seattle!

For Japanese I'll second Mashiko. It's not a fancy/stylish restaurant, so might not have the atmosphere you're looking for with an anniversary dinner... but if you're down with the causal setting, their Omakase options are an amazing value - no other Sushi place in Seattle provides such top quality fare at this price point. If you have a second night in Seattle, make a reservation here!

We had dinner at a really neat, romantic Jazz club in Belltown near the Croc I wish I remembered the name.