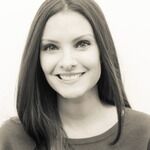 I am planning a baby moon with my husband (2nd baby - not bringing 1st child) to Seattle, and the northwest in general. I'm looking to see beautiful landscapes, get off the beaten path, eat good food, stay in a nice hotel (splurge), and maybe hit up a winery or two (for the wine I will drink post due date). ;)

We'll be going to Seattle (and surrounding area - tbd) in the fall to see the colors and take in the autumn. Suggestions that include anything autumn-y are highly appreciated! :)

top answer by
Tony from Seattle

First, go in the earliest part of autumn that you can.  It doesn't get crazy cloudy/drizzly 'till later in the fall (usually) but no harm in stacking the deck.  The NW colors aren't very dramatic compared to the east coast and they often don't show up until the nasty weather does.

Where to stay
If you're going to splurge, the Edgewater Hotel is a great location and literally hangs over the water.  It's walkable to the  Olympic Sculpture Park and  Pike Place Market.  There are also a few really nice hotels on 5th/6th...  But those can be a bit of a hike up the hill from Pike Place Market.  AirBnB might be worth a look too (but you should have a guide-- downtown neighborhoods are safe but certain ones can be dirty/noisy).

Landscapes
For otherworldly northwestern rainforest feel right in the city, you can't beat  Schmitz Preserve Park in West Seattle.  UW sends botany students here-- it's the closest example of old-growth in Seattle.  You could take the water taxi over to West Seattle ($3.50).  On the other side is a Hawaiian/Korean fusion place that is awesome ( http://marinationmobile.com/ma-kai ) and a free shuttle to Alki Beach (a great place to run, see the Seattle skyline, and wander up into Schmitz).

Golden Gardens is also a pretty park up near Ballard.

Gasworks Park Marina is a fun park to see Lake Union.  You can drive, or if you're feeling ambitious you can rent an electric boat ( http://www.theelectricboatco.com/ ) with a bag full of food/drink and see it from the water.   Agua Verde Paddle Club ( http://aguaverde.com/ ) has a dock.  You can (if you do the electric boat) dock there for lunch or (if you drive) you could rent a kayak there.

There are more landscapes outside of Seattle.   Cave B (http://www.cavebinn.com/ ) is built organically in/around the side of the columbia river gorge.  Gorgeous country with a winery on site.  Leavenworth is a hilarious bavarian themed town worth gorgeous landscapes around it.  The San Juan Islands are peerless.  You could head down to Mt. Ranier.  All depends on how far you feel like driving or whether you want to stay in town.

Food
It looks like you're from LA-- Seattle is quite compact compared to what you're used to.  Any restaurant you find on Yelp/Urbanspoon will be within a 20m drive.  I'm running low on time, but  Lark and  Matt's in The Market are two fine dining favorites of mine (ask for a view seat at Matt's and make reservations well in advance).  I'd favor www.urbanspoon.com over Yelp - the founders are foodies from Seattle, so it's pretty solid there.

JR
Strong answer! I love it when someone with local knowledge let's their pride shine through!! thanks Tony... can't wait to get up there.

answered by
Ernest from Los Angeles

Was recently in Seattle, there are some really amazing places to eat in the  Ballard Neighborhood

1.  The Walrus and the Carpenter - known for their raw oysters but their cooked and non-seafood options are amazing as well. They don't take reservations so plan on getting there earlier in the evening to secure a table.

2.  Bastille Cafe & Bar - just a few steps from the Walrus and the Carpenter. As you might guess from the name this restaurant serves up French cuisine , paired with a lively ambience and a rustic but refined decor.

3.  Cupcake Royale and Verite Coffee- multiple locations, but I went to one in Ballard. Some of the best cupcakes I've ever had with a perfect balance of moisture and sweetness.

Susan
Cupcake Royale? Thank you very much -- I think I'll have to go there! :) yum!

answered by
Eric from Moscow

Take a trip (about 2 hours) to Leavenworth (Washington) and explore an amazing bavarian town.  There is plenty to do--including wine and chocolate tasting and it's absolutely beautiful.  If you time it right, you can even be there during their annual Oktoberfest!

Debbie
Awesome to see you here, Eric! Next time I hit up SEA, I'm going to have to rent a car and check out Leavenworth. Had no idea that there was such a cool town there!

Susan
Oktoberfest sounds amazing!!! Thanks for the great tip!

Congratulations on the little one, and good choice on Seattle! Love that city :)

I've always stayed with a friend, so I don't have hotel recommendations, but said friend was a chef at the Lark that Tony W. mentioned for many years, so whenever I visited, memorable food adventures were had! I'll try to narrow it down to my top 10...

To really experience Washington's green-ness, I always suggest that people go up to Whidbey Island. It's off the beaten path because it's not a place that most people trek to when they say that they're visiting Seattle. It's seriously one of my favorite places ever and I'm sure will be beautiful in the fall. It's pretty remote and a great place to really get away for a bit while still being relatively close to Seattle. It's just a 1 hour ride up to the port plus about 30 minutes to ferry over. If you want more info, I wrote more about it here, about how to get there and what to see.

Susan
Thank you so much! Whidbey Island sounds sooooo up my alley--that is the perfect recommendation :):) I guess my husband and I will have to divide and conquer to cover all the restaurants recos -- but I guess that would be missing the point of a babymoon ;)

Debbie
You're welcome! Hope you make it over to Whidbey Island. It's beautiful! And you might need a babysitter for the first half of those restaurants :P

answered by
Miranda from Seattle

If you like Hawaiian food, you should take the  King County Water Taxi to  Marination Ma Kai in West Seattle. It's a casual sit-down restaurant with the best shave ice and Hawaiian food outside of Hawaii. : ) The patio has a bar and a great view. It's currently my favorite place in Seattle. : )

After that, you can walk to  Alki Beach Park and enjoy the views and shops along the way. Get some wine and have a picnic!

Have you been to Bainbridge Island? It's sorta like the love child of Cape Cod and Brooklyn: a teeny tiny city on an island with lots of organic food, farmers markets and boutique restaurants. There's a Zagat 5-star place over there called Hitchcock Restaurant that I pretty much ate out of house and home and a great bakery called Blackbird Bakery with gluten-free options and a million types of organic, locally-sourced coffee beans (oh, Seattle), as well as several wineries. Plus the Bainbridge Island Ferry is about 30 minutes long and you can take your car on it, so it can be a weekend trip or a half-day trip.

Susan
The love child of Cape Cod and Brooklyn sound IDEAL! I used to summer on Cape Cod so this is a MUST see for me. I love the point about organic foods etc. That is so up my alley. Thank you so much for the reco! I can't wait!

Annemarie
Enjoy. And stop by Fay Bainbridge Park. If this whole Internet thing doesn't work out, my life Plan B is to whittle some tables out of reclaimed Bainbridge Island beach wood and sell it at flea markets in Portland.

answered by
Michele from Seattle

If your open to going outside of the city. It would be worth checking out the Salish Lodge & Spa in Snoqualmie.

As far as good food goes, these are some of my favorites...

For things to do, taking the  Bainbridge Island Ferry is a must do in Seattle, but only if it's sunny.  Of course, there's the  Space Needle. love this icon. 8th most photographed thing in the world! It's touristy - but its actually really cool. I just took my nephew after not having been there for a decade or more. Sorta spendy, but worth it.  The restaurant up top has done a full 180 and is actually quite good.  Another place with a unique view is the observation deck at  Smith Tower.

If you like museums, The newly refurb-ed Seattle Art Museum is great.  Getting better every year.... the remodel is substantial. Check out the sculpture park on elliott bay too - also part of SA (Go SAM!).  The  Experience Music Project is a music museum.  Cool spot even if touristy... If you like architecture, check out the  Seattle Public Library - Central Library. great architecture - rem koolhaas. make sure to go INSIDE. stunning

Susan
These are amazing tips and recommendations! Thank you so much! I can't wait to go eat at all the restaurants you recommended!