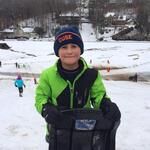 What are the highlights not to miss with a 10 year old? Hotels?

First trip to Scotland.  Will be flying into Manchester for about a week.  Budget would like to stay $$-$$$.  My husband & I & our 10 year old son.  Would probably stay for about a week in July.  Thanks so much for any recommendations on hotels & things not to be missed!

top answer by
Rob from Ventura

Edinburgh Castle is great for all ages - you can see all of the old military stuff, try on highland fashions from the William Wallace era - will get the kids really excited. Just outside of Edinburgh is a hotel called Carberry Tower, a converted castle.  Would be cool for a night, and because it isnt in the city it (used to be) cheap. It has been thoroughly modernized but as a family experience it would be fun. If you are a movie buff also outside of Edinburgh is Rosslyn Chapel, the famous ending for the Dan Brown book DaVinci Code.

Also for natural beauty and a movie connection, dont miss Glencoe - I think the A22 runs right through it. It was significant in the Bond Movie Skyfall, and doubtless played a roll in every movie about Scotland too. There are Huge Stags in that area running wild which can make for a hairy night time drive.

On your way north you can stop at a stone circle in Penrith, and there is also a Motorway Services in that area that will sell you anything you want for a picnic all from local farms (game pies, scotch eggs and other local delicacies). You will also by default come withing a few miles of Hadrian's Wall, and they have a couple of museums that bring the Romans to life.

You can take the direct route to Edinburgh via the M74 or the more scenic, windy, foresty route across the A7 from Gretna. ( Gretna Green has a famous anvil and is historically a place where young couples would elope to get married - they grab a witness in the town and i think that the law allows marriage at a younger age than in UK and you dont need a marriage license - again, check this).

If you want to head straight for the highlands you will touch Glasgow as you continue north via the "Bonny Banks of Loch Lomond".

Look up the Jacobite Express - its a steam train that was used for the Harry Potter films, and takes a spectacular route west from the highlands.

Loch Ness isnt much to write home about, unsurprisingly, but if you do venture that far north Inverness is not far from Nairn (I think that is the northernmost port(?) and Cawdor Castle, of Macbeth fame.

For 10 year olds Scotland can be a great education as well as an exciting tour.

answered by
Belinda from South Carolina

Stirling Castle is about hour from Edinburgh. Good intro exhibit and each room has person in character to answer questions . William Wallace Monument is nearby.

Glasgow has Transportation and Shipbuilding Museums for a boy who likes to to know how things Go  and Work.

At Edinburgh Castle my friend and I ( ladies in 60s) found the National War Museum of Scotland fascinating. I would think a boy would too.

If you are going to base in Edinburgh and do day trips out think about renting an apartment.