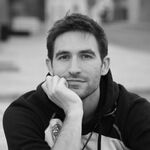 Hi guys, I'm planning a trip in Scotland for next spring. Edinburgh, Isle of Skye, the highlands are of course part of the trip. But as you know, some famous places may be a bit deceiving once you get there, and other less famous places can become the highlight of your hole trip.

What were the best places you've visited in Scotland?

Luc, I miss Scotland so much! I spent a weekend there, but I really fell in love with the country, and Edinburgh, naturally.

I haven't been to the Isle of Skye, but for the other two:

Hope this helps you plan your trip! Let us know how it goes!!

Luc
Thanks a lot Valerie ! I will definitely try those you mentioned in Edinburgh and check Loch Lomond :)

answered by
Susanne from Scotland

It really depends on your interests as Scotland has so much to offer.  I would suggest visiting Glasgow Cityas it is only an hour away from Edinburgh on the train and a very different city with great music, shops, food, museums and culture.  It feels much less touristy than Edinburgh.

I would also highly recommend a boat trip on the Firth of Forthto view the Forth Bridges.  You can get the bus from Edinburgh direct to the boat with Maid Of The Forthboat tours.

I have lots more info on my Scottish travel blog if you need other ideas.  Have a great trip! 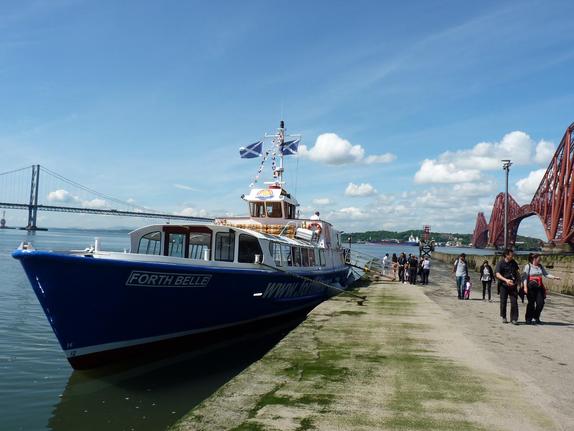 Debbie
So cool to hear this from someone who knows Scotland so well!

Luc
Thanks a lot for these tips Susanne! Your blog is amazing!

I went to Edinburgh this summer during the Fringe Festival and Military Tattoo, those are only in August so if you are planning on spring, those are not an option but I thought it was a great, albeit expensive, time to visit.  Other than that, my personal favorites were Stirling Castle, I could have spent most of the day there and then stop at Linlithgow Palace on the way back, you can use the same train ticket as long as you are heading in the same direction.

I did one daytrip with Rabbies, it stopped at Doune Castle, most famous for it's role as the French taunter castle in "Monty Python and the Holy Grail" and now featured in the "Outlander" series although I understand that the US is getting that before the UK.  It continued on to Loch Awe and Kilchurn Castle which was the highlight of the day for me, Inveraray, and Loch Lomond.  If daytripping from Edinburgh, I was advised not to try the Loch Ness tour as it was too far.

I also made a stop at Craigmillar Castle, it's a short bus ride from Edinburgh and not as well known as some of the others.

Luc
Great! Thanks a lot Kristi!

answered by
Marcy from Cincinnati

A stay at The Lovat Hotel (The Lovat Loch Ness) in Fort Augustus  is a must do! The staff are very warm and welcoming, the food is gourmet amazing, and the setting is quaint! A great way to see the canals in action and search for the Loch Ness Monster.

I stayed there one summer with my 2 kids and they also loved it. I think it would be a very cozy place to stay in any season!

We hired a car in Edinburgh and drove all around Scotland in 5 days in November 2013. It was fantastic! We drove to the beach and golf courses at St Andrews, to Stirling Castle, to Loch Ness and Urquhart Castle near Inverness in the north and went on a brilliant horse ride in Kenmore (Scotland). It was a beautiful time of the year as the whole countryside was red and gold! See what to do and where to go in Scotland (and prices) here: http://www.neverendinghoneymoon.net/%EF%BB%BFgreat-scot/

answered by
Heather from Edinburgh

The Isle of Skye  is wonderful. We found the best Bed and breakfast there. It is called Otterburn Castle Country House Hotel in Otterburn, have never felt so welcome.

Ionais also a wonderful Island.  You have to take the ferry from Obam to the Isle of Mull and then another ferry across to Iona.

I would visit Stirling Castle