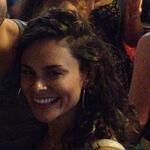 Hey there!  I have been visiting my family in Sarasota my entire life.  But, I more recently started getting into beer and would love some suggestions in the area for great beer and bars.  Doesn't have to be anything awe-inspiring or fancy :)  Thanks for the input!

Try the Big Top Brewing Company.  Those guys are serious about their beer.  They have a cool tasting room where you can have beer flights.

Well, I haven't been to Sarasota ... but love some craft beer. If you want to plan some future trips and know where to find the good microbrew, here's a list of some of my favorite beer bars/breweries around the planet.

Many local varieties along with the tried and true .

answered by
Michael from Sarasota

Adding to what the others have said, I would recommend World of Beer, it's a chain but they have a great selection of beer.

Sarasota Brewing Co in Gulfgate brews their own beer. Great beer/ food and cool local establishment. Gulfgate is a great area in general to bar hop!

The Cock & Bull over on Cattleman is a fun old place. Its sketchy on the outside but it's a cool hipster watering hole. Beer and cider only, with over 500 selections to choose from. Plus, live music on the weekends.  While there, check out the Old Packinghouse Cafe for a taste of old Florida.  They have cold beer, tasty food and live music.   It used to be an old celery farm.

Darwin's on 4th also brews their own beer. Very cool location which also serves some great food. They also happen to be right next to the The Blue Rooster which is a great spot for food and live music.

answered by
Andrew from Sarasota

I highly recommend Mr. Beery's in Gulf Gate. It's clean and they always have a good, rotating selection. There are many, many other places that you can walk to within one block that are good local bars as well.

Legends Sports Pub in Hillview has good price/selection, but is a little smoky for me.