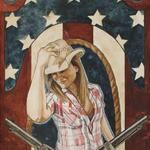 What are some must places to go to in Santa Cruz, CA

What beach would be best to layout and read/catch some sun? How about places to eat and hang out at, maybe with a live band? And open to suggestions on any musts for food and entertainment :)

Santa Cruz can offer all sorts of travelers a variety of interesting sights, tastes, and off-the-beaten path excursions to choose from! I have had a family beach cabin there all my life, so the Santa Cruz I know is a bit quieter/less touristy than what other's may think of it as, but I hope my suggestions help:

As an avid bookworm, my personal favorite beach to catch up on my rays and reading is Seabright State Beach. It's semi-quiet, clean, and along a really scenic stretch of craggy cliffs and ocean rocks- great for getting the most of nature! Since you were asking about a spot to read, I have to recommend a GREAT bookshop to peruse around in- I'd give yourself at least a good hour to spend at Bookshop Santa Cruz. It's located in the downtown area, on Pacific Ave Mall, which is a sight itself. This is where the most extreme Santa Cruz characters like to hang out and show their Santa Cruz pride by adhering to the city's motto: 'Keep Santa Cruz Weird'. There's always lots of live music out in the streets to just kick back and listen to. You've got to stop at Marini's Downtown for a candy apple or saltwater taffy-this historic candy company's original location is at the Santa Cruz Beach Boardwalk(if you plan to go to this amusement park, check out this location to watch the live process of how saltwater taffy is made), and it's a staple to the Santa Cruz lifestyle.

I would recommend spending a bit of time in Capitola. It's just a ten minute drive outside of Santa Cruz, and they have a really charming set-up of shops, restaurants, and old-fashioned ice cream stores along the main beach. NO MATTER WHAT, YOU MUST STOP AT Gayle's Bakery & Rosticceria. There is a reason that there is always a line at this little eatery, where you can pick up picnics, whole cakes, deli salads and sandwiches, pastas, barbecued ribs, and pretty much any coffee creation you could ask for. My favorites are the barbecued ribs, chocolate eclairs, blackberry napoleans, and the fruit salad. They also have a great Lemon-rosemary chicken breast and a mean mac n' cheese.

For food, that is a section within itself:
The Crow's Nest Restaurant- some may roll their eyes and call it touristy, but if you want a harborside restaurant with live music, a lively crowd, and an ambiant atmosphere, come here.

-Ristorante Avantiis a really nice Italian restaurant. The owner, who is also the chef, is very passionate about using entirely locally sourced, organic ingredients. He'll tell you all about them if you happen to get his attention and ask!

- Santa Cruz Dinerhas been featured on soooo many travel & culinary channels for a reason. This 24-hour joint boasts a menu that's stuffed with anything that ANY variety of diners could want- you can get vegan pho or a greasy, meat-heavy sloppy joe. The interior has character, history, and plennnnty of people-watching to do!

-Only locals would point you to Tony & Alba's for pizza. This beyond-casual, no-fuss pizzeria makes for the perfect bite if your day at the beach is long, sandy, and ends in a sunburn. If you're in the downtown area, though, it would seem inappropriate to not get your pizza fix at Pizza My Heart or Kianti's Pizza & Pasta Bar If you go to Kianti's, try to pizza rolls appetizer. It may sound like a childish thing to order, but seriously every time I go I get two orders- one to take home for the next day! They're that good.

-The Picnic Basket, located just outside of the Boardwalk, is a great lunch spot. Lots of organic sandwiches and salads- the type of place you crave midday.

-For breakfast, The Buttery is perfect! It's located more towards locals-only territory, but they have lots of fresh pastries and delicious breakfast bowls. Take home some of the peanut butter cookies. They're chunky and crunchy :)

-Another late-night diner with an eclectic menu is Saturn Cafe. The last time I was in, I had the vegan version of a BLT with a side of baked beans that was astounding. Their vegan 'nachos' are good too.

-Last but not least, no trip to Santa Cruz would be complete without a giant ice cream treat of dreams from Marianne's Ice Cream‎. Another historic landmark that's been there since 1958, this is one of those places that you can't stop coming back to. With flavors like Northern Oregon blackberry, Alice B. Toklas fudge brownie, oatmeal raisin cookie dough, kahlua crunch, and, my personal favorite, called 'California 17', which is their version of rocky road with cashews, this place has Santa Cruz pride more than any other establishment in the area. They have 70 (yes, seventy) flavors, and you can get sundaes, shakes, frozen cheesecake, and pints to take home. No matter how long the line is (and there will be a long), don't surpass this place, and definitely don't get less than 2 scoops :)

Allysia
Wow, I am blown away by your response! I really truly appreciate it! Thank you of much for such a detailed response, I will definitely check out these places....especially the ice cream shop haha. Really, I am very grateful! Thank you, and happy travels!

Allysia
Thank you so much, I wrote a thank you, but it is showing up as another response to my question (i'm still new at this site). Thank you for such a detailed response, truly grateful!

Carina
no problem!!!! Let me know how it goes:) glad I could help.

answered by
J from Santa Cruz

Seacliff State Beach is a great beach to go, plenty of people yet still plenty of space. Santa Cruz Beach Boardwalk is a must, especially to ride the Giant Dipper, and the beach here tends to be warmer and get the warmer water than others (at least in my opinion). There are a ton of places for live music The Catalyst, Kuumbwa Jazz Center, Moe's Alley, Bocci's Cellar The Crepe Place to name a few. As for food, it depends what kind you like. Gayle's Bakery & Rosticceria is delicious, but be patient and kind if it is crowded! In my opinion the food options downtown are not the greatest and anything near the beach/boardwalk isn't very good and over priced, but actually the food/bar at Boardwalk Bowl is quite good and if you go on Karaoke night, very entertaining :) For 24 hour dining, Santa Cruz Diner is not good, at all. But Jeffrey's Restaurant offers typical diner food in generous portions and is much much better than Santa Cruz Diner.