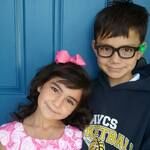 Driving from Portland to San Francisco with 2 kids age 9 and 6.5 any ideas?

answered by
Gordon from Los Angeles

For the Angels' trip, the obvious answer is Disneyland, just a couple of miles away from Angel Stadium of Anaheim.  Los Angeles is an hour to 75 minutes away depending on traffic, and the sights there are too numerous to list with any completeness.  They'd include Hollywood Boulevard for the world of entertainment, Muscle Beach Venice (especially on the weekend, though it's crowded) for an astonishing beach and bohemian scene, Dodger Stadium (although Dodgers and Angels are usually not in town at the same time), Olvera Stdowntown (so-called birthplace of Los Angeles), La Brea Tar Pits (dinosaur remains), and museums.  Less than 2 hours south of Anaheim is San Diego (San Diego Zoo Safari Park is also a very good zoo).  Aquarium of the Pacific is also within easy car reach of Anaheim.  If you plan ahead, you might also get tickets to be in the audience of a TV show!

The OMSI (Oregon Museum of Science & Industry) is a great museum for all ages.  I went when I was about 16 and had a great time and I think I'd have loved it if I were 9 or 6 1/2 as well.

Oregon State Capitol in Salem would be a good history/civics lesson.

Oregon Coast Aquarium in Newport is one of the better aquariums/marine life centres in the USA.

Crater Lake National Park is an amazing sight, and there are plenty of hiking trails and outdoor activities for kids.

Eureka (California) is a cool small town with lots of nice shops and restaurants in the downtown area.  Samoa Cookhouse is touristy but fun for kids.  The food won't win any awards but it's filling.  The Redwood National park is the best place to see the giant sequoia trees.  Stay away from the sister city of Arcata, however.  It's the centre of California's pot industry and is a counterculture place that's not for kids.

In San Fran, the kids would love Alcatraz.  The whole scene at Pier 39 and Fisherman's Wharf is one giant tourist trap, but the kids will probably love it.  They'll get a kick out of a cable car ride as well.  I don't know when you're taking your trip, but if it's during baseball season AT&T Park (home of the Giants) is the best major league ballpark in the USA (sorry Cubs fans!).  Like Arcata, San Francisco has plenty about it that's not appropriate for young kids, either.  Stick to the more touristy areas and you'll be OK.