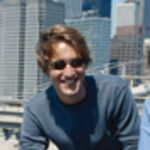 What do the 20-30'something year olds in San Francisco do?

My friend and I are coming to San Francisco for a couple of weeks to work on a project with some folks out there.  While there, we'd also like to do some exploring.  Where do all the local 20-30'something year old folks hang out? Bars, cafes, neighborhoods, etc. We want to live like locals!

Dolores Park is one of the first things that comes to mind.  It's a pretty big park and every sunny day, you'll see people people picnicking there.  The weekends are the best time to go.  It's when the most people come and when it's the most festive.  When it gets that crowded, in an unofficial way, the park is divided up into several sections -- the hippies, hipsters, gays, those with kids, those who tight rope, etc.  You'll know which you're in when you see it :P

Order some sandwiches from  Ike's Place online (at least one hour in advance because that place gets packed), then make your way to  Bi-Rite Market to pick up some wine or craft beer.  If you're feeling like ice cream, go to  Bi-Rite Creamery across the street.  And then make your way back to Dolores Park with the goods and chill out and people watch for the next few hours.

While in the  Mission District, you can bar and restaurant hope on 16th Street, Mission St., 24th St, and Valencia St.  So many stores, restaurants, and bars there.  I'm a big fan of  El Farolito for their quesadillas.  Great late night option since they're open till like 2 or 3 AM.  For a nicer place, I also like  Tacolicious a lot (theres's also a Tacolicious in the Marina).  Great tacos, queso dip, and margaritas.  Another good Mexican place is  Velvet Cantina.  Great entrees, queso dip, and margaritas.  As you can tell, lots of Mexican food in the Mission!

A lot of locals hate on  North Beach because it's "too far" and "touristy", but I actually really enjoy it.  I hang out at  901 Columbus Caffe a lot with my laptop.  It's great for coworking session.  Oh, and $2 pints of craft beer, and $3 glasses of wine after 5 PM.   Kennedy's Irish Pub & Indian Restaurant is an interesting spot out there.  Definitely a local spot.  It's an Irish pub/Indian restaurant.  I also like  Dell'Uva for wine and flatbread pizza.  There are tons of touristy restaurants on Columbus St, but this one's just tucked off of the main road, isn't touristy, and is a way better deal than the others.

For barhopping,  Polk Street is a good street for it.  There's  Hemlock Tavern,  Lush Lounge... start at either of those, and just walk around.   You'll find plenty of food and other bars.

On Saturday and Thursday afternoons, there's an awesome farmer's market at the  Ferry Building.  In addition to produce, you can get all sorts of other prepared foods from the food stands, like loco moco, Korean tacos, gourmet pizza, coffee, etc.  And on any day, you can just go to the Ferry Building, hit up the stores in the building and grab a bottle of wine at the  Ferry Plaza Wine Merchant, some cheese from  Cowgirl Creamery, bread  Acme Bread Company, pate at  Boccalone Salumeria, and whatever else tickles your fancy there, and just picnic by the water with a view of the bridge outside.  After you can take a walk along  The Embarcadero.

Let me know if you want any other suggestions.  Have fun!

Nelson
San Francisco sounds like it's going to be awesome! I will definitely try to hit up as many of these as I can. Thank you!

There are so many places to go! Check out  The Wreck Room and  Playland on  Polk Street for fun bars. Wreck Room is low key, has pool tables, shuffle board etc but it can get pretty busy after about 10pm. You can also check out  North Beach or Mission District depending on what you are looking for. If you have a free Saturday morning/afternoon the  Ferry Building has an excellent farmers market and a ton of food to try.

Nelson
Thank you Nicole! So much to do all over the place!

answered by
Anh from San Francisco

You're going to get some really good recommendations but I want to share some of the places I usually take my friends from out-of-town.  My focus is to give them the San Francisco experience but avoid all of the touristy places.

San Francisco is a very walkable city.  Most people don't know that it has a 7x7 mile diameter.  One of the first walk-to places I'd recommend is the 16th Avenue Tiled Steps Project.  The ﻿16th Avenue Tiled Steps Project was created in 2003 as a neighborhood project to beautify the 163 steps located at 16th Ave and Moraga Street. Hundreds of nearby San Franciscans joined together to paint colorful tiles that when pieced together, created a beautiful mural leading up the steps. This is art that you can walk on! Once you’ve reached the top of the Tiled Steps, you'll find yourself at  Grand View Park.

San Francisco has so many great lookout points that it’s difficult to narrow down the best one.  Some of the more well-known lookout points include Twin Peaks and Coit Tower, but if you want to find a lookout point that’s a bit more secluded, then one of my favorites is at ﻿﻿﻿﻿﻿﻿﻿﻿﻿﻿﻿﻿﻿﻿﻿﻿﻿Grand View Park﻿﻿﻿﻿﻿﻿﻿﻿﻿﻿﻿﻿﻿﻿﻿﻿﻿.  Located on Moraga St between 14th and 15th Ave, this park offers a great 360-view of the City and is mostly visited by locals from the nearby neighborhoods.

You can’t visit California and not see the beach. If you could make it over here before sunset, then you’re in for a beautiful sight.   Ocean Beach is located on the west side of San Francisco.  If you’re adventurous, you could rent surfboards from nearby surf shops.  If you hike up north, along Lands End, you’ll pass by Sutro Baths and eventually, end up at Eagle Point Labyrinth.  This is a secluded area with a Zen-like atmosphere.  Walk around the labyrinth as you clear your mind and once you’ve reached the center, take something from the pile while leave something behind.  It’s good karma.  From the top of Eagle Point, you have a wonderful view of the Pacific Ocean and the Golden Gate Bridge.

A museum…at night?  Yes!  Every Thursday evening from 6-10PM, the California Academy of Sciences hosts Nightlife, which is a 21 and over event that turns the Academy into a festive place with music, entertainment and cocktails.  You could experience and visit all of the same exhibits that are available during the day, but for less half the price.  Each Nightlife has a theme, so click here for the upcoming schedule.

For dinner, you need to check out  Off the Grid: San Francisco. The food truck craze has been sweeping the nation recently and San Francisco took that craze to the next level with Off the Grid, a mass gathering of all of the food trucks in the Bay Area.  You could find the best street food gathered for your dining delight everyday throughout San Francisco.  The largest gathering is on Friday evenings at the Fort Mason Center with up to 30 different food trucks and tents, and alcohol is served.  You can find the full Off the Grid schedule here.

For drinks, I recommend  Bourbon and Branch.  Located at 501 Jones Street, takes you on a trip back to the Prohibition Era during the 1920’s, where alcohol was illegal, bars were unmarked and you had to know the password to get in.  This speakeasy reserves the same rules as those in the 1920’s, and if you’d like to enter, the password is “books.”

Now for entertainment.  Good piano bars are hard to come by, but the one at Johnny Foley's Irish House has all of the ingredients of being one: Good pianists with adaptive voices, comical and entertaining.  The pianists really know how to get the audience involve in the songs so if you’re not up dancing along, then you’ll at least find yourself singing along. Friday and Saturday evenings are the busiest nights at Johnny Foley's. Head there early if you want to grab a table and there's a $10 cover. Or you can avoid paying the cover altogether by going there either Wednesday or Thursday evenings.

Nelson
Awesome man! Sounds like I wouldn't be bored at all. Thank you!

answered by
Serena from San Francisco

First of all, I completely agree with all of Debbie's recommendations regarding Dolores Park and the Ferry Building. Dolores Park will be swarmed with 20 to 30-somethings on the weekends, as will the bars and restaurants surrounding it. The Ferry Building can be pretty touristy on weekends, but if you are a fan of good local food then it's worth checking out.

One of my favorite things in the city is Off the Grid: San Francisco, a culmination of local food trucks, and they are set up all over the city.

I live in North Beach and love it, but the bar scene can get a bit young at night. Polk Street tends to attract a slightly more older crowd.

Nelson
All of this sounds awesome Serena! Off The Grid sounds amazing. Thank you!