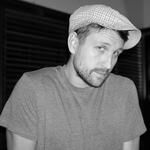 What are the 3 best sushi places to take a date?

Wayo Sushi -- run by an adorable Japanese couple. Very authentic. This place is small and quiet and romantic -- popular with couples in the neighborhood.  A great place if you both want to sit and chat without being rushed or disturbed. 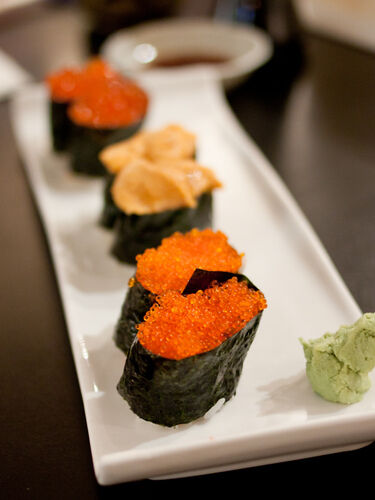 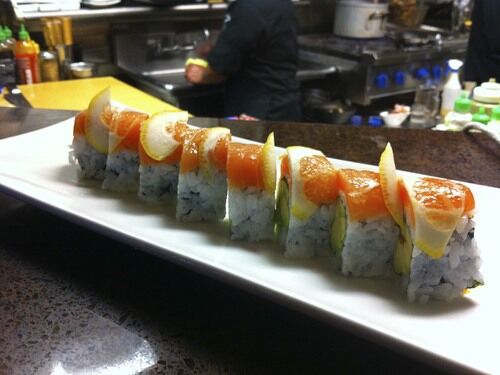 Blowfish Sushi to Die For -- like Sushi Bistro, but a little more expensive with a bit more showy presentation (think dry ice floating out of your sashimi bowl), a live DJ spinning tracks, and anime on flatscreens around the joint. 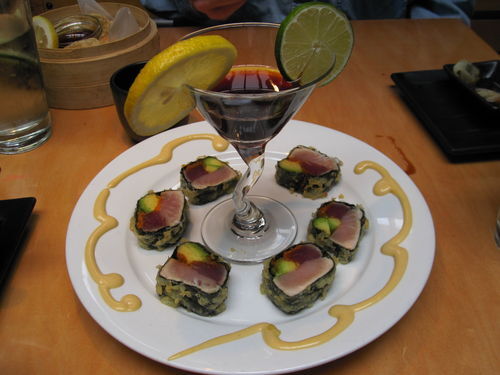 Tsunami Sushi Mission Bay  - more expensive that the others (except maybe Zushi below), but it's popular with Japanese businessmen (always a good sign). They have a great sake list. Everything I've tried here is good. 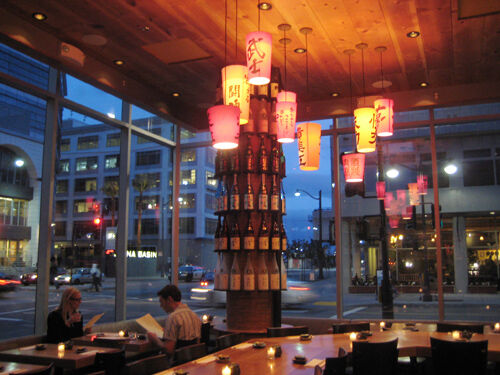 Zushi Puzzle -- make sure you eat at the bar. That's why people go. The chef is famous and people swear by it. 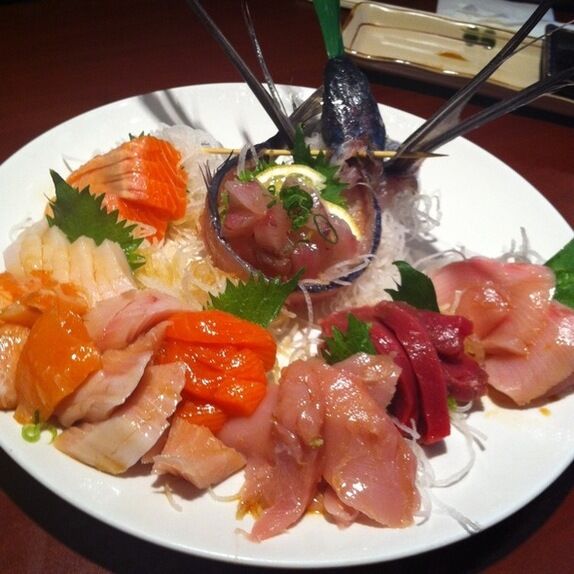 I've also heard that you can go to the fish market in Fisherman's Warf; purchase a fish, and the sushi chefs there will cut it up for you on the spot. Could be a fun/more interesting eating experience.

Also, Moshi Moshi -- sit in the darker back room or on their little patio. This is a local neighborhood joint.

answered by
Adam from Los Angeles

Best sushi in The Bay is in Sausalito on Caledonia St called Sushi Ran. A bit pricey but we'll worth it for the quality and atmosphere. The owner of 25 years is also there almost every night and will come say hi and tell you about the history of the place or the best fish from the recent markets.

Tamashisoul on Union St is awesome. Reasonably priced, lots of chill bars around after for a drink, and Sushi is fantastic.

Umami. Not as in the burger but it is the same name and around the corner on Webster and Union. This spot is also a bit pricey but the decor and atmosphere are fantastic and the sushi is to die for. Make sure to order the Kobe Sliders to...you'll thank me later.

Last but not least Isobune Sushi. This is lower caliber but it is in Japantown and your sushi is delivered on boats floating in a moat around the bar. Super fun and very hipster friendly. That said I'm not a hipster but I love this spot.

answered by
Bridge from San Francisco

Nihon Whisky Lounge is a sushi + whiskey spot. It's cute, cozy, and has nice seating & cocktails. It's popular for couples and small groups (~4 ppl). I like it for dates because it's casual and easy, yet more upscale and intimate.

The best sushi I've had in the U.S. is at Zushi Puzzle. The key is sitting at the bar. There are only 6 seats and the chef Roger is amazing. You'll be eating whatever he's making if you sit at the bar. Though the price is expensive (maybe in the $150 - $200 /pp) range. I wouldn't necessarily recommend the main dining area for a date.

Michael
Agree with Zushi Puzzle being [possibly] the best sushi in the U.S. Bar seating is hard to come by though and will require advanced reservations.

answered by
Eva from San Francisco

Umi, as mentioned in a response above, is fantastic. They focus on sustainably-sourced fish, which is sadly not the norm these days. Their yaki nasu (grilled eggplant) is outrageously good as well. You can make reservations via their website, and I think the atmosphere is a good one for a date. 18th St in Potrero is a perfect example of old-school SF neighborhoodyness, and Farley's across the street is superb for an espresso or ice cream afterward.

Another good environmentally-friendly option for a date is Tataki South in Noe Valley. This one is a much quieter and more spacious location than the Tataki on California, and therefore much nicer for a date. It's right along the J Church line. Their faux-nagi (a black cod substitute for unagi, which is not sustainable) is really delicious, although you wouldn't mistake it for unagi. As I recall, their arctic char is phenomenal as well. Again, the atmosphere is really lovely for a date––quiet enough to chat, calming, charming.

I've got tons of favorite neighborhood sushi joints in the city, but I'll share the ones with the best ambiance for a date night!

I absolutely love uni and my favorite place to have it is at Live Sushi Bar in Potrero Hill, a nice quiet little neighborhood.  It's one of few places in the city that has live sea urchins and the roe is served on its still moving spiky shell!  Everything else is good there, too.  Your typical traditional and fusion rolls, and they're also known for their hamachi and oyster shooters. 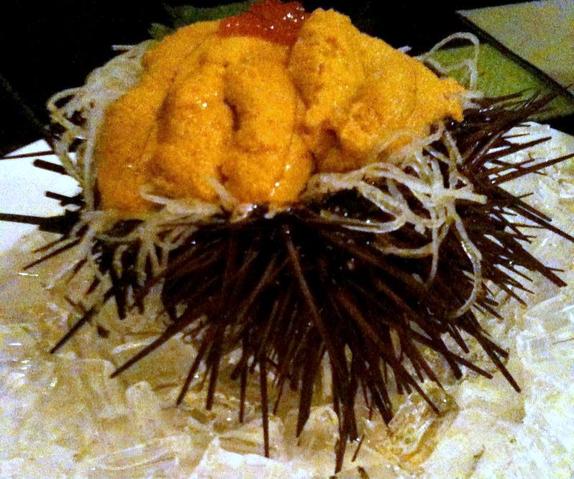 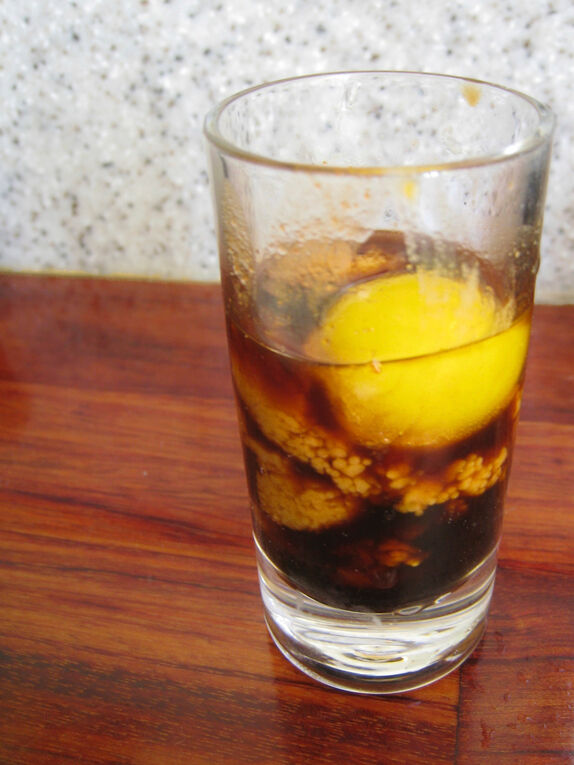 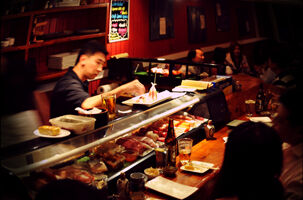 The next two I'm going to recommend are right next to each other on the Embarcadero.  Very trendy and swanky, and in a great place to walk around before or after dinner.

Chaya is Asian fusion.  They do have a lot of sushi rolls (full sushi menu), as well as other traditional American dishes like steak or seared salmon.  And their chocolate croissant bread pudding is to die for.  Great range of cocktails and wine list here. 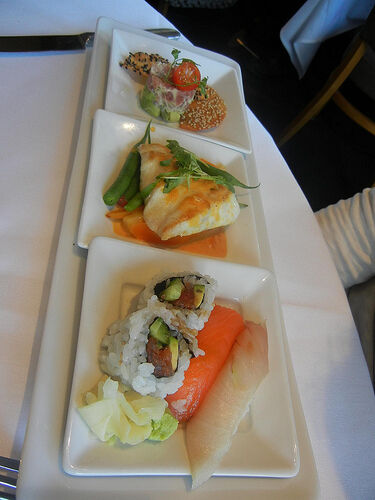 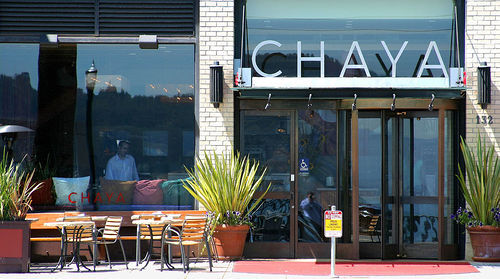 Right next to Chaya is Ozumo.  They're pretty pricy (like one time I had $10/piece toro sashimi), but good.  They have a full sushi and sashimi menu.  They're also known for their robata.  Also great sake, wine, and cocktail list. 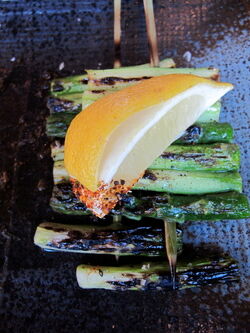 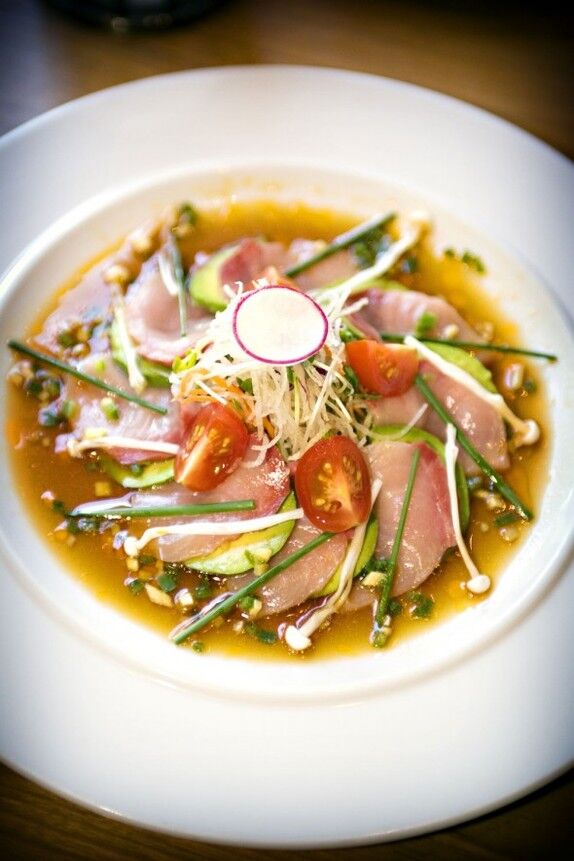 As a bonus, I'm throwing out Ryoko's Japanese Restaurant & Bar in the Tendernob as a good late night spot.  This is more laid back, but still has a chill trendy atmosphere to it.  It's downstairs and very dark.  It's a very popular late night spot since they're one of few good restaurants open till 2 AM in the city.  Their tempura ice cream is bomb. 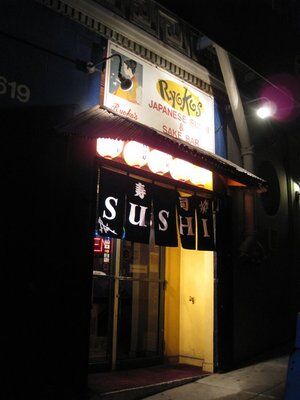 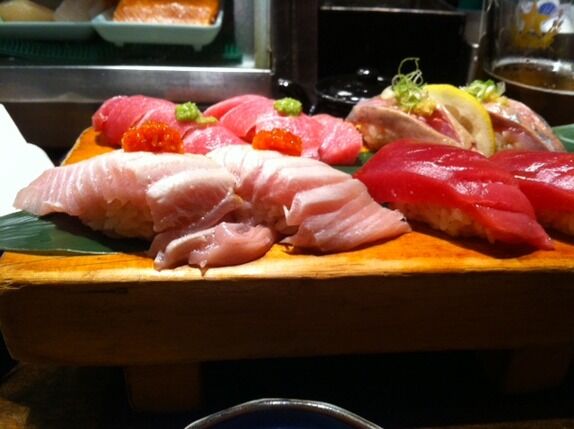 Bonus #2: I've never been, but I walked by and discovered a place called Umi in Potrero Hill night and made a note of it as a place to visit.  It looks super cute, cozy, and romantic, especially the cool outdoor area with the heat lamps.

Have fun in SF!

Jillian
All I can think about when reading this is the live uni we held on Catalina! Yikes! GREAT suggestions though-- I have a new list next time I come visit SF!

Brew
Such good advice. You are so on your game.

Brian
Fun vibe. Only awkward on date night if they're playing the naked manga videos.

answered by
Joan from San Francisco

Most sushi places in the city are very small and so you'll have to be prepared to wait a little, but some of my favorites have always been Domo Sushi, Sushi 509, and a personal favorite from my neighborhood - Okina Sushi (Okina is a seriously no-frills sushi place but if you order the Chefs special you won't be disappointed!)

answered by
Jeffrey from San Francisco

If you want to have a 1:1 conversation in a small locals-only setting then Kiji Sushi Bar & Cuisine on Guerrero near 22nd is it. You'll have to focus on your date because there's no overstimulation here. (Aside from the walls which are green tea colored and somehow soothing).

Japantown! Take a stroll, view the competition, settle on the best choice!

answered by
Steve from San Francisco

Sushi Ran if you can get over to Sausalito.

answered by
Lauren from San Francisco