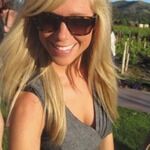 What are some unusual things to do in San Francisco?

Traveling to SF for the weekend in December and want to go on some adventures with friends. We know there are endless dinner/drink spots or even parks to relax. No particular budget, but not looking to break the bank. What are the more unusual, fun things to do in San Francisco?

answered by
Elliott from San Francisco

San Francisco is a great city with lots to do without breaking the bank.  Compared with LA, SF is a very small city (48 Square Miles) and can easily be navigated.  Here are some fun things to do (from my perspective):

Check out "Illuminate SF light Art Walk" through Discovery Street Tours.  Its free but you need to sign up.  The evening begins on Mission Street plaza of the San Francisco Federal Building where the group will take in James Turrell’s Skygarden.  The group will wind its way through SOMA discovering more little known San Francisco facts before arriving at  the entrance to the AVA 55 Ninth apartments.  Here the group will meet creators Brian Goggin and Dorka Keehn, who will describe the work and share just how salvaged safety glass and Transbay Terminal Douglas fir foundations came to be 13 illuminating, pulsating pianos. Next, After exploring alleyways and architecture, the group will work its way to Ned Kahn’s Firefly on Golden Gate Avenue and admire the high-rise work shimmering in the wind.  Participants will need to remain on the lookout for Eric Staller’s Lightmobile, a not so easy to miss Volkswagen Beetle brilliantly lit with 1659 lamps.

SF Swappers | A San Francisco-based Food Swap Event
Seasonal Food Swap: Hobbyists & Chefs Unite | SFSF Swappers is an ongoing San Francisco-based food swap and social gathering that welcomes bakers, canners, picklers, distillers, home cooks and everyone passionate about making and sharing food.The food swaps take place every other month, and include getting to know your fellow San Francisco food makers and the opportunity to swap your homemade items with others. They welcome everyone from hobbyists to chefs with professional experience (who they encourage to use the food swap as a platform to branch out).

Modeled after New York City’s Central Park, Golden Gate Park is considered by many to be the best city park in the United States. It is also the largest man-made park in the world  at 1,017 acres and over 3 miles (50 blocks) long by 1/2 mile wide. Thirteen million people visit each year making it the third most visited park in the U.S. after Central Park, NYC, and Lincoln Park, Chicago.   SF’s Golden Gate Park encompasses several major attractions including museums, lakes, and gardens. Renting and Biking around is a good way to “accidentally” run across the wide variety of smaller attractions such as childrens’ playgrounds, a carousel (built 1912), buffalo paddocks, dog parks, fly fishing, archery, model boat sailing, lawn bowling, golf, soccer, the Polo grounds, Kezar Stadium, and more.  Make a point of visiting San Francisco Botanical Garden, Conservatory of Flowers, The De Young Museum, and the California Academy of Sciences.  Make a point at the CAS of attending the Planetarium...

Check out Walks.   Starting at Columbus and Broadway, explore North Beach (California) (north) and San Francisco Chinatown (South).  Find and walk the Filbert Steps near Coit Tower and Lyon Street Steps.  Lyon Street Steps is at Lyon Street & Broadway St from which you take the stairs down two blocks to Green St. From there it’s a nice walk along Lyon St to the Palace of Fine Arts and the SF Bay.

Debbie
Elliot, this is amazing! I grew up in the area and have never done these tours before. Will have to. By the way, I'm a community manager here and I've helped you highlight the places in your answer on a map! In the future, you can do this yourself as you answer a question by simply typing the @-symbol followed by the name of the place. Take a look at your map next to your answer :)

answered by
eric from Los Angeles

Quintessential San Francisco show would be go to see Beach Blanket Babylon --  SF variety show that is constantly updated. Also if you want something originally weird and eclectic go the Harry Denton's The Starlight Room for brunch on Sunday for a gender ambiguous server experience.

Debbie
Great ideas, Eric! Love them both! By the way, I'm a community manager here and I've helped you highlight the places in your answer on a map! In the future, you can do this yourself as you answer a question by simply typing the @-symbol followed by the name of the place. Take a look at your map next to your answer :)

Jillian
Thanks, Eric! BOTH of these look pretty amazing. Definitely showing my friends these options :) 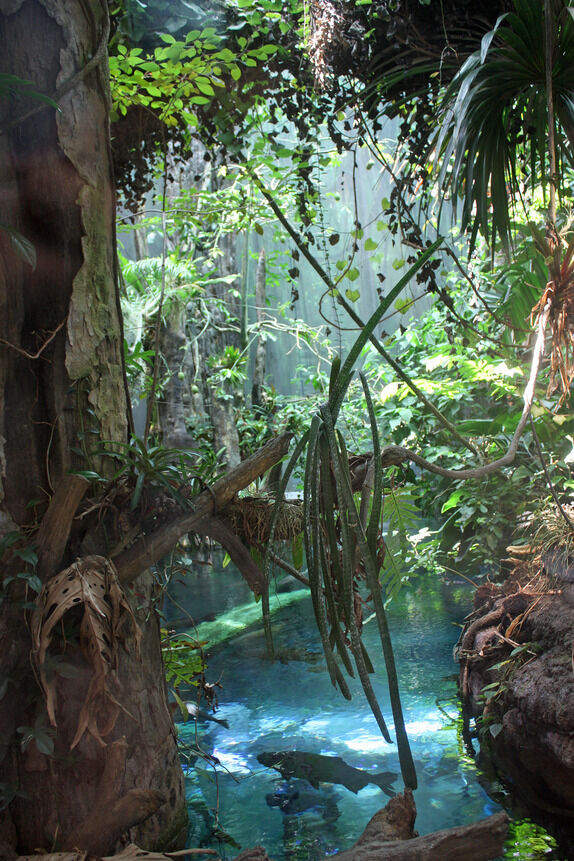 The California Academy of Sciences is one of my favorites. A natural history museum complete with an aquarium, planetarium, and rainforest exhibit.

answered by
Mark from San Francisco

There's a roller disco in Golden Gate Park on Sundays at 6th and Fulton. You can rent skates nearby (Golden Gate Park Bike & Skate) if you want to join in but the people watching is great too. Mount Sutro Open Space Reserve is a great spot if you're looking to go for a walk and escape the city -- enter at 17th and Stanyan in Cole Valley. And for some amazing views, try Grand View Park when the weather is decent.

answered by
Jay from Northern California

Hike the Lands End Trail along the Golden Gate, or take a mural arts class at Precita Eyes Muralists

answered by
Alex from Kensington, Maryland

My favorite spot in the city after a long weekend is spending a sunday afternoon at Dolores Park. Great views of the city and the atmosphere is like a low key festival everyone is there with their music and blankets all having a great time. No doubt one of the best spots in SF.

Debbie
I love Dolores Park, too!!

Check out the Keith Haring exhibit at the De Young Museum! I went last weekend and loved it.

When I was living in the Bay Area, I loved taking bart into the city and going to Crissy Field on the weekends. This is a great spot to view the Golden Gate Bridge.

Haight-Ashbury is a touristy spot but I love it. Tons of quirky shops in this area that I think you will enjoy. 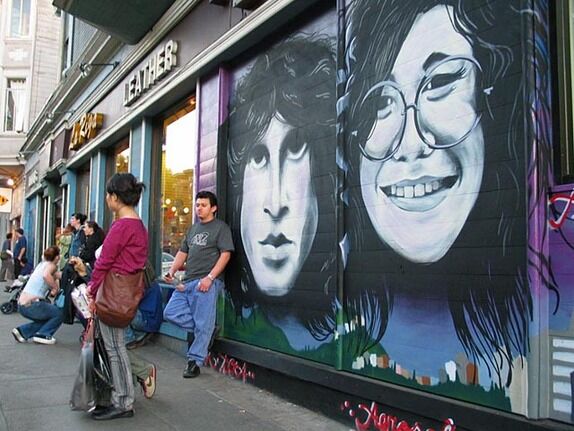 If you really want an adventure for the day, take BART into Oakland, get off at the Rockridge stop and stroll down College Ave. It's pretty this time of year :) Have fun!

answered by
Billy from Chicago

This probably isn't exactly what you had in mind, but if you are just kickin' it with some friends, I have had a really fun and peaceful time just hanging out at Dolores Park. Last I was there I think they were doing some construction (just an fyi).

Also, if you are there around the time they are doing "First Friday" you could head over to Oakland (you can take the BART) and check out some cool art stores and have some beers. I have a buddy that lives on that side of the Bay and have had some fun over there.

Now for something completely different ...

Too bad I didn't see this question before your trip, but here are some unusual things to do in SF for your next trip.

That's just a sampling of some unusual things you can do in SF. Hope you had a great time on your trip!

Jay
Great tips! I'll have to check out Hoodslam over here in the 510.

Jillian
Thanks, Andy! These are amazing suggestions. I will be back soon and can't wait to try some of these. :)

Andy
Jillian, maybe we can get some Trippy members together for an outing!

Andy
Thanks Jay, there's so much cool stuff over in Oakland. I'll be back out there again soon.

answered by
Frances from North Carolina

Off The Grid every Friday night in Fort Mason is a super cool food truck rodeo with live music.

Also, Bourbon and Branch is an original speakeasy. Always a fun time!

answered by
Richard from Costa Rica

Jillian
These are great! I mean, who doesn't want to hug some redwood trees? :)

answered by
Joanna from Oakland

If you like the outdoors and seeing ocean views, check out Sutro Baths, Ocean Beach, and Crissy Field. All have great views of the Golden Gate Bridge. Golden Gate Park is also a nice place to walk around. Lyon St stairs offer some nice views of the city.

As for a more "local" scene, check out Clement St for Chinese food and ethnic eats. Not as touristy as Chinatown. For cheap take out dim sum, go to Wing Lee Bakery or Good Luck Dim Sum. Wait in line/ order at the counter and point at what you want. Another good restaurants in that area at Mandalay Restaurant (Burmese food).

answered by
Johnston from San Francisco

San Francisco has a ton of unusual things to do. Rather than try to list a bunch, here are a few sites that can help: