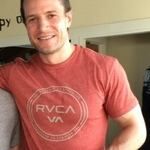 Weekend in San Fran- what should I do?

1st time in San Fran! Looking for suggestions where to go what to do. I'll be staying at the Ift hotel in Union square. Looking for local hot spots, good dinner, sights, sounds - only in town for a weekend so the quicker the better. Thanks!

top answer by
Cleon from Thessaloníki

In no particular order:

Miklos
If one is only in SF for a weekend, I would definitely NOT recommend going to Alcatraz- that's half a day wasted at least standing in lines.

Things to see and do in San Fran (don’t call it “Frisco”) San Francisco! (I lived in San Fran for 9 years).

Going to give you a bunch of options here and you can see which piques your interest and schedule accordingly.

Avoid driving around the city too much, parking is a nightmare unless you have a parking spot at home you can come back to! Best to explore on the MUNI buses (public transportation) single tickets are $2 each for each ride, so try and get a 3-day pass or something… Ride a vintage MUNI tram down Market street from the The Castro (after your visit to Dolores Park and Twin Peaks). Only drive in and out of San Francisco or over longer distances in the city  (up to Twin Peaks for example which are harder and longer to get to by MUNI trolley buses ) to save time, or to the other side of the Golden Gate Bridge to see the views or go to Sausalito for example.

Avoid time-consuming sightseeing activities like taking a boat across to visit Alcatraz it will take up an entire day. Maximize your time and plan to see things that are close to each other in proximity to pack in as much as 3-4 sightseeing activities into one day. Tourist lines are huge at major attractions (the usual suspects) and will waste a lot of your time.

Rent a bicycle and bike across the Golden Gate to the north. When driving across to the north side, be sure to take first exit out towards Sausalito (also worth visiting if you have the time for great views of San Francisco over the Bay) and turn left to go under highway to the other side where you can go up to the lookouts via a steep winding road with simple awesome views of San Francisco and the Golden Gate - this is where they film all those shots in movies of San Francisco with the Golden Gate Bridge (it’s called Battery Spencer). Google “Conzelman Road” on Google Maps to see the area we mean. You can see the Google Street View and the amazing views! Do not try to bike it, it will literally kill you! Only experienced and hard-training bicycling animals can manage!

Union Square- this is the downtown shopping area

Lombard Street (the crookedest street in the world, but only on one block so be sure to find it on the map) Featured in many movies in San Francisco especially car chases like Bullitt with Steve McQueen - 1968. Also, great city views, lots of photo opps.

Crissy Field with amazing views of the Golden Gate and the Bay from the San Francisco side.

If you can spare an hour or two: Take a Cable Car form Market Street (Downtown at 5th street and Market) to Fisherman's Wharf through the steep streets of San Francisco (long lines and I think it’s now $5 per person!) go early, prepare to wait for 20-30 min minimum and then ride 20 minutes to the other side of the city.

You can check out a site called Verlocal. They offer a marketplace for anyone to share their knowledge, skills, and crafts with others. You can do plenty of things on their platform such as touring San Francisco's Mission District, or surfing with a San Francisco local. It's really up to you.

answered by
Vanessa from New Jersey

answered by
Daisy from California

Hi, Matt.  I don't live near SF any more, but would definitely recommend seeing San Francisco Chinatown and the Palace of Fine Artsnear the Golden Gate Bridge, a gorgeous building built for a world's fair in the early 1900s and a great place to walk around and enjoy.  Do google it so you see!  There are some great answers to a similar question posted by Helen Xiao-li, so do check those too. I hope others give you some great leads and that you have a wonderful visit!

You could do the touristy things that all the other tourists do. That's if you enjoy fighting through crowds, getting ripped off, and taking the same boring photos everyone else takes. Or you can go off the beaten path, and do some of the things that even the locals don't know about.

For example, did you know there is a trampoline park where you can play dodgeball while jumping on trampolines? That's at House of Air in the presidio. Or how about going to a roller disco in a church that has been converted to a roller rink? That's at Church Of 8 Wheels in the Haight.

I don't know which weekend you're in town so I can't make specific suggestions, but you can check out my Meetup group to see some of the more interesting activities that are available in San Francisco. Not only will you have more fun, you'll be hanging out with other locals, not tourists.